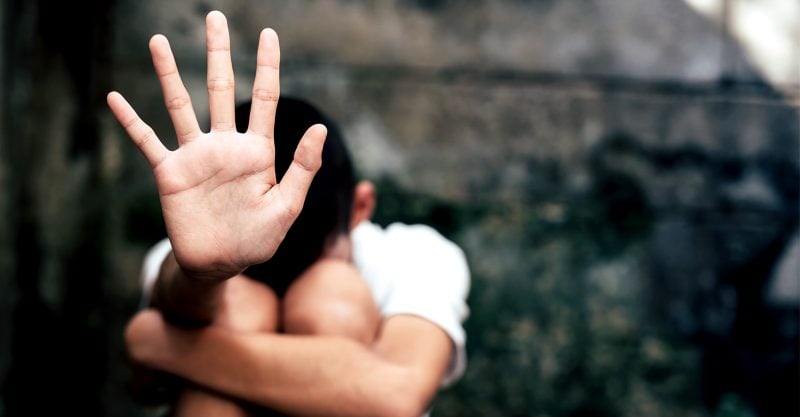 The 1975 film, “One Flew Over the Cuckoo’s Nest,” directed the public’s attention to a 1930s-era procedure termed lobotomy: a brain-altering intervention described by one of its leading proponents, Dr. Walter Freeman, as “soul surgery.” Lobotomies were performed on thousands of American adults, and some children, well into the 1980s before being somewhat (but not entirely) retired.

The procedure acquired the nickname “ice pick lobotomy” in the 1940s and 1950s because practitioners used a “pick-like instrument” to reach through the eye sockets to sever nerve connections in the brain, after first “subduing” patients with electroshock treatments. “One Flew Over the Cuckoo’s Nest” portrayed the lobotomy as a crude tool to “stabilize” personality and eliminate “excess emotion” — with often drastic and sometimes fatal results.

The late 1930s were a heyday for experimenting on the brains of those pronounced schizophrenic, bipolar or severely depressed — or as psychiatrist and psychiatric whistleblower Dr. Peter Breggin puts it, for seeking out “new ways to inflict controlled damage on [a] patient’s brain without completely destroying its function.” Shortly after the birth of lobotomy, Italian psychiatrists focused on the procedure’s electroshock component, and began promoting electrically induced seizures as a psychiatric intervention.

Eighty years later, the use of electroconvulsive therapy (ECT) is not only commonly used to treat psychosis and other illnesses, but is  a disturbingly acceptable “off-label” option for expanded indications like severe autism. Governed by the hypothesis that intense seizures can have therapeutic effects (a strange proposition for the many individuals with autism who already suffer from intractable seizures), the aim of ECT is to pass electricity through the brain to induce a generalized epileptic-like seizure.

Proponents of ECT for autistic youth and depressed adults argue that “modern-day ECT is a far cry from the old methods that earned ECT its sinister reputation.” Those “old methods” produced violent seizures which caused the body “to thrash with a force great enough to break bones.” But modern ECT’s elicitation of a temporary coma and a flatlining of brain waves hardly sounds more reassuring.

A 2006 review in Advances in Psychiatric Treatment stated that “Newer methods of ECT have not resulted in an appreciable decrease in adverse effects.” Moreover, while ECT fans tout 21st century-ECT as being highly “controlled” and “refined,” they also admit “the optimal seizure duration remains unclear” and that they do not really understand how ECT works.

‘Side effects’ — matter of perspective?

Neurosurgeons admit that psychiatric brain interventions represent an “ethical quagmire.” Yet undergirding the practice of ECT is the persistent conviction that “psychiatric diseases can be treated by the selective destruction of healthy brain tissue.” For this reason — and because they are institutionally and professionally invested in ECT’s promulgation — proponents casually dismiss known ECT outcomes, such as confusion and memory loss, as mere “side effects.”

Not everyone agrees. Dr. Peter Breggin, a Harvard-trained psychiatrist, explains that because ECT works by intentionally damaging the brain, its effects are comparable to a traumatic brain injury. After as few as one to three ECT sessions, the damage can not only provoke physical symptoms such as headaches and nausea, but can also permanently impair memory and concentration, and “demolish” the sense of self. Breggin summarizes:

According to other critics, “Any claim that ECT does not cause brain damage ignores basic electrical science.” A bioengineering expert points out that ECT is capable of prompting brain cell effects including dysfunction, temporary injury, permanent damage cell death and, as a result of the pulsing nature of the voltage, “a jackhammer effect that can tear holes in cell walls … leading to the alteration or destruction of cell membranes.”

Echoing the comparison of lobotomy to “soul surgery,” Breggin states that the targeting of vital regions of the brain has far-reaching implications:

“The electricity not only travels through the frontal lobes — that’s the seat of intelligence and thoughtfulness and creativity and judgment — it also goes through the temporal lobes — the seat of memory. You are damaging the very expression of the personality, the character, the individuality and even, if you believe in it, the expression of the soul.”

Labeling autism as a psychiatric illness may be one of the most tragic wrong turns ever taken in modern medicine. For at least two decades, parents, clinicians and researchers have pushed back against this diagnostic pigeon-holing, showing how “autism” is an umbrella term for a “highly diverse set of abnormalities affecting multiple systems of the body.”

In July 2013, Harvard physician Dr. Timothy Buie presented case studies (timestamp 1:08) to the Interagency Autism Coordinating Committee (IACC), a federal advisory committee on autism.The studies illustrate how autism behaviors often labeled as psychological have a medical underpinning. Sharing video footage of two young people experiencing acute gastrointestinal distress and pain, Buie emphasized that “inflammation anywhere in the body could be a trigger for brain effects.” Even more crucially, according to Buie, when the underlying medical problems are appropriately addressed, problem behaviors such as self-injury can resolve “completely.”

In short, recognizing that the brain and nervous system are interconnected with other body systems opens up the possibility for tackling some of autism’s core symptoms, thus vastly improving quality of life.

Sadly, the IACC presentation that immediately followed Buie’s talk reflected a different approach, one that didn’t address the underlying medical factors (such as chronic pain or sensory onslaught) that might provoke self-injury. Dr. Lee Wachtel, a leading ECT proponent at the Johns Hopkins School of Medicine, instead presented ECT as a means of halting the challenging behaviors without addressing any of the underlying issues.

Wachtel continues to promote ECT. In a 2018 article in Psychiatric Times, Wachtel advocated for ECT specifically for adolescents with autism and self-injurious behavior. Comparing ECT to renal dialysis, Wachtel spelled out the aggressive treatment protocol, which involves not just electrode stimulation, but also general anesthesia, muscle relaxants (to avoid damaging convulsions) and continuous oxygenation — administered as often as several times a week initially and every five to ten days for “maintenance,” amounting to hundreds of sessions over time.

Other physicians using ECT with younger patients agree on the need for ongoing maintenance sessions to retain “clinical stability.” One ECT promoter at Johns Hopkins has acknowledged that when ECT is used in autistic patients to curtail self-injurious behaviors, the patients “can’t be tapered well off of ECT” and require ongoing treatments. He adds, “nobody really knows the long-term effects of ECT at that frequency and started at such a young age.”

Time to ban, not promote, ECT for children and teenagers

When doctors use ECT with autistic children and teenagers they are administering the procedure off-label. That’s because ECT devices are not FDA-approved for autism. The insurer Aetna considers ECT “experimental and investigational” for the treatment of autism spectrum disorders.

In the 1970s, the FDA classified ECT devices as high-risk Class III devices. But beginning in 2009, the regulatory agency launched a process to reclassify them as lower-risk Class II devices. Despite a majority (79%) of public and expert comments being strongly opposed, the FDA went ahead with a Class II classification in late 2018, including for teenagers with catatonia (a frequent feature of autism), bipolar disorder and major depression.

Breggin has, since 1979, heroically advocated for a total ban on ECT, a practice he characterizes as both dangerous and abusive. Breggin strongly favors abolishing the practice in minors, noting that long-term follow-up studies of ECT patients now definitively document “massive harm to the brain and mind.”

Unfortunately, as the FDA reclassification illustrates, the U.S. is moving in the wrong direction. Even though the World Health Organization stated in a 2005 resource book on mental health that there are “no indications for the use of ECT on minors, and hence this should be prohibited through legislation” (p. 64), the American Academy of Child and Adolescent Psychiatry, around the same time, published parameters for ECT’s use in adolescents. Unfortunately, these guidelines are often used to justify the increasing use of ECT in younger populations.

Wachtel and colleagues dismiss objections to ECT’s use in children as being the result of uninformed “resistance and stigma.” But those who have studied the procedure’s long-term risks, like Breggin and other critics, view ECT as barbaric. As one UK professor stated, “Common sense says you don’t put a high voltage of electricity through children’s brains.” A mental health professional in Australia,  critical of the “dumbing down” of psychiatry as a profession, said:

“[W]hen [today’s psychiatrists] get a complicated patient, they don’t actually know what to do. […] Thus, they very quickly reach the limit of their skill set and have no option but to reach for the electrodes. A psychiatrist who says, ‘You need ECT’ is really only saying, ‘I don’t know what else to do.’”

This article is the first in a series about electroconvulsive therapy.