CDC’s ‘Universal’ Recommendations for Infant Hep B Vaccine Not Based on Science, But Assumptions 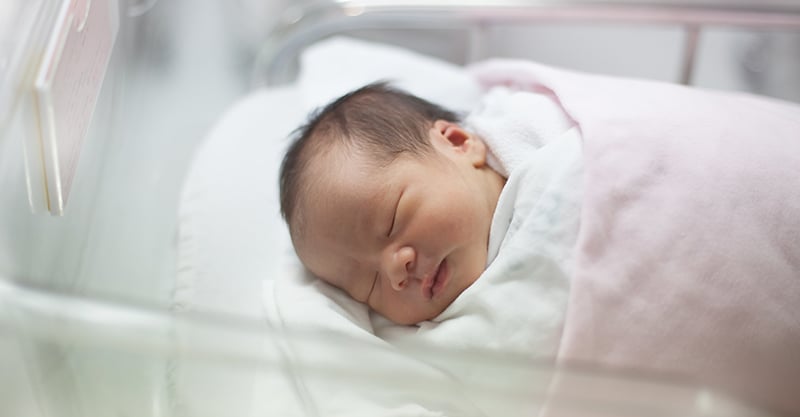 Putting the majority of U.S. children at unnecessary risk of neurodevelopmental injury with incalculable costs to society.

[Note: This is the last installment of a three-part Hep B series examining the CDC’s rationale for its universal infant hepatitis B vaccination recommendation. Part 1 explores the risk to infants of a Hepatitis B infection. (The vast majority of children in the US today are not at significant risk of hepatitis B infection.) Part 2 reveals how the agency began recommending vaccination for pregnant women and infants despite a complete lack of randomized, placebo-controlled trials demonstrating that these practices are safe. Part 3 examines the CDC’s 1991 policy shift to recommending that infants be ‘universally’ vaccinated, typically on the first day of their lives, thus placing millions of children at unnecessary risk of neurodevelopmental harm from the vaccine. Read the full series.]

Given the low risk to most newborns of Hepatitis B infection, the routine screening during pregnancy to identify at-risk newborns and the availability of HBIG treatment for exposed infants (that is 75 percent effective at preventing chronic infection), coupled with the lack of studies to determine the safety of vaccinating pregnant women and infants, what was the scientific medical rationale underlying the CDC’s decision in 1991 to recommend that all newborn babies be vaccinated?

The simple answer is that there wasn’t one. The ACIP’s recommendation was not based on science, but on the CDC’s desire to achieve its goal of eliminating transmission of HBV by achieving high vaccination rates. Indeed, the CDC was actually quite explicit about this at the time.

The CDC’s “rationale for a comprehensive strategy to eliminate transmission of hepatitis B virus in the United States” was published in its journal Morbidity and Mortality Weekly Report (MMWR) on November 22, 1991. The new strategy included “making hepatitis B vaccine part of routine vaccination schedules for all infants.” The stated reason why the CDC wanted to vaccinate all infants was not because all infants were at risk of infection, but simply because its strategy to vaccinate high-risk populations was failing.

In the CDC’s own words, “In the United States, most infections occur among adults and adolescents. The recommended strategy for preventing these infections has been the selective vaccination of persons with identified risk factors. However, the strategy has not lowered the incidence of hepatitis B, primarily because vaccinating persons engaged in high-risk behaviors, life-styles, or occupations before they become infected generally has not been feasible.” (Emphasis added.)

As the CDC reiterated, “Efforts to vaccinate persons in the major risk groups have had limited success.” Furthermore, “Educational efforts alone are not likely to fully eliminate the high-risk behaviors responsible for HBV transmission.”

Infants, of course, do not engage in those high-risk behaviors. The CDC’s reasoning was simply that, since adults tended for various reasons to not get the vaccine, it would eliminate the choice by vaccinating everyone at birth, regardless of individual risk.

It would be cheaper and easier, the CDC argued, just to vaccinate everyone at birth than to continue targeting high-risk populations. “In the long term,” the CDC judged, “universal infant vaccination would eliminate the need for vaccinating adolescents and high-risk adults.”

Continuing, the CDC noted that the older, plasma-derived vaccine was no longer produced in the US, having been replaced by the recombinant vaccine technology. Like the older vaccine, both brands of the newer HepB vaccine contained aluminum and mercury.

The CDC acknowledged that no long-term studies had been done to determine the effectiveness of the new vaccine. Instead, its effectiveness was judged on the basis of studies done for the older, plasma-derived vaccine. With the older vaccine, protective antibody levels were initially provoked in most subjects, but waned over time so that after nine years as many as 60 percent of subjects no longer had detectable antibodies. However, the vaccine seemed to induce immunologic memory so that subjects remained immune despite waning antibody titers. For children vaccinated at birth, the protective effect of the vaccine persisted for “at least 5 years”.

Hence, the CDC’s recommendation was not based on scientific studies demonstrating that the recombinant HepB vaccine administered in early childhood would confer immunity throughout adulthood. Instead, the CDC’s policy was faith-based, resting on the mere assumption that it would do so.

… it’s very easy to say that there is no apparent evidence of harm when studies to determine the risk have not been done.

The CDC’s new policy was even more faith-based when it came to the question of the new vaccine’s safety. It produced no studies demonstrating that exposing fetuses and infants to these neurotoxins was safe. Instead, citing its own unpublished data, the CDC judged on the basis of “limited experience” that there was “no apparent risk” to developing fetuses of vaccinating pregnant women. Of course, it’s very easy to say that there is no apparent evidence of harm when studies to determine the risk have not been done.

The CDC also once again employed the non sequitur fallacy that, since the viral antigen particles in the vaccine were noninfectious, the vaccine “should cause no risk to the fetus”—thus once again demonstrating the institutionalized failure to consider the potential for neurodevelopmental harms from mercury and aluminum.

Beyond that, the best the CDC could do to reassure the public about the vaccine’s safety was to add that “Hepatitis B vaccines have been shown to be safe when administered to both adults and children. Over 4 million adults have been vaccinated in the United States, and at least that many children have received hepatitis B vaccine worldwide.”

Of course, this, too, was a non sequitur fallacy, as the conclusion that the vaccine is safe does not follow from the premise that it had been injected into four million children globally. (Consider how many cigarette smokers there must have been in the world already before the government and tobacco industry finally acknowledged that smoking can cause lung cancer.)

In the CDC’s faith-based judgment, the benefit of possibly preventing an estimated 2,000 to 5,000 annual deaths from HBV-related liver disease outweighed any potential harms, including the risks of unnecessarily exposing millions of fetuses and newborn babies to the neurotoxic effects of mercury and aluminum.

In 1999, the decision was made to eliminate the mercury-based preservative thimerosal from most vaccines routinely recommended for children. This was done because it had become known that the CDC’s schedule was exposing children to cumulative levels of mercury that exceeded the safety guidelines of the US Environmental Protection Agency (EPA). However, thimerosal is still used in multi-dose vials of influenza vaccines, and both hepatitis B vaccines licensed for use in infants still contain aluminum.

Evidence of Neurological Harm from the HepB Vaccine

Despite widespread concerns about the possibility of neurodevelopmental harm from the HepB vaccine, which is administered to more than 70 percent of newborns worldwide, still twenty-five years after the CDC implemented its universal infant vaccination regimen, as a team of Chinese researchers noted in a study published in the journal Psychoneuroendocrinology, “Whether this neonatal vaccination affects brain development is unknown.”

A previous study by the same team, published in the Journal of Neuroimmunology a year prior (2015), was the first to examine the question of “whether neonatal vaccination could influence brain development in a physiological manner.” Studying the effects of vaccination in rats, among their findings was that it triggered an increase in “pro-inflammatory cytokines, such as IL-1β, IL-6, and TNF-α”, which research had focused on “as having a detrimental effect on neuronal function and synaptic plasticity.” The increase in pro-inflammatory cytokines was part of “a neurotoxic expression profile” exhibited by HepB-vaccinated rats. Their data confirmed “that altered immune status induced by vaccination modulates hippocampal synaptic plasticity during early life”. The vaccine induced a bias toward an antibody response, or humoral immunity, in relation to cell-mediated immunity. This skewing of the immune system, they concluded, “exerted detrimental effects”.

… early vaccination with [hepatitis B vaccine], which induces strong immune activation, is suspected to influence brain development and behavior.

Furthermore, the balance between cell-mediated (Th1) and humoral immunity (Th2) “serves as an important mediator for the effects of immune activation on the central nervous system (CNS).” The HepB vaccine, as previously reported, induced a Th2 bias, which “is regarded as neurodetrimental” and “has been reported to be associated with cognitive deficits”. Their new study demonstrated that early HepB vaccination impaired the behavior, the synaptic plasticity of the hippocampal part of the brain, and the growth of nerve tissue of mice in early adulthood. These detrimental outcomes were all possible effects of “the alterations in the brain neuroimmune milieu following the systemic Th2 bias.”

The researchers concluded that early HepB vaccination “induces impairments in behavior and hippocampal neurogenesis”, with their data “supporting the long suspected potential association of [hepatitis B vaccine] with certain neuropsychiatric disorders such as autism and multiple sclerosis.”

Naturally, such evidence of delayed neurological harm couldn’t possibly have been detected in the uncontrolled clinical trials with only four or five days of follow-up that were used by Merck and GlaxoSmithKline to obtain the FDA’s stamp of approval for getting their products to market.

While public health officials and the corporate news media mock and scorn anyone who dares to question the wisdom of vaccinating children strictly according to the CDC’s recommended childhood schedule, including vaccination of newborn babies on the very first day of their lives, what the science is telling us is that there are very legitimate reasons for concern. At the very least, there ought to be open discussion and debate about the practice of vaccination, yet instead we are witnessing a concerted effort to silence critics and more strictly enforce vaccine mandates required for school entrance.

While we’re told that the hepatitis B vaccine is a “crucial shot” for infants, the reality is that the vast majority of children are not at significant risk of infection. The CDC’s recommendation to vaccinate newborns universally was not based on science, but on the assumptions that the vaccine would effectively reduce HBV-related liver disease mortality and—to paraphrase the words of FDA microbiologist Richard Daemer—would be incapable of causing harm to pregnant women’s developing fetuses or newborn babies.

Instead, what science is telling us is that the CDC’s recommendation to universally vaccinate newborns at birth puts the majority of children in the US at a completely unnecessary risk of neurodevelopmental harm from the hepatitis B vaccine, with incalculable costs to society.