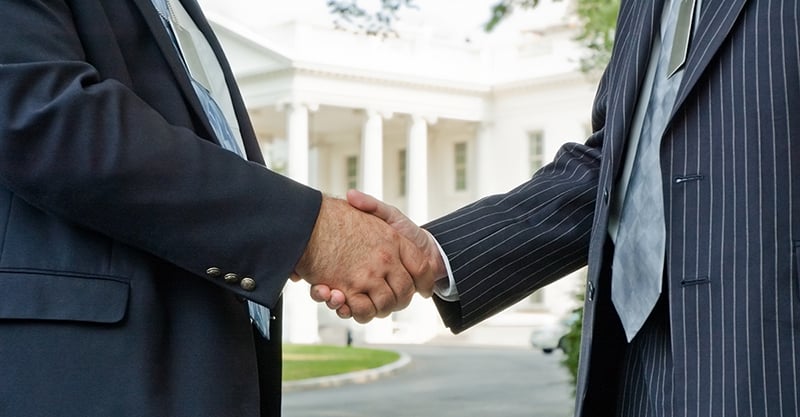 European Union (EU) residents have less confidence in vaccine safety than people in any other region in the world. From the perspective of the powerful pharmaceutical industry and its bought politicians, this growing skepticism about vaccine orthodoxy cannot be permitted to gain further momentum. Ignoring massive protests by citizens and municipal authorities, the governments of France, Italy and other EU nations have begun methodically and paternalistically enacting new vaccine laws that seek to erase any remaining ability for citizens to weigh risk-benefit information and make vaccine decisions for themselves.

And now, the European Parliament (the EU’s law-making body) has thrown its considerable weight into the fray to promote EU-wide coordination of vaccination policies and programs. Not content to let vaccination policy remain “a competence of national authorities,” the Parliament’s committee on the Environment, Public Health and Food Safety adopted a resolution in March 2018 to promote stricter policies both “within and outside the EU.” To carry out this aim, the European Commission (the EU’s executive arm) will present, in 2018, a Joint Action to increase vaccination coverage and address “vaccine hesitancy.”

A query that one might legitimately pose in return, however, is whether massive lobbying by the pharmaceutical industry has rendered parliamentarians incapable of impartiality.

According to a commentary on the resolution in The British Medical Journal (BMJ), European Parliament members are unwilling to brook any dissent, characterizing all licensed vaccines as safe and dismissing information to the contrary as “unreliable, misleading and unscientific.” A query that one might legitimately pose in return, however, is whether massive lobbying by the pharmaceutical industry has rendered parliamentarians incapable of impartiality.

Many observers of European vaccine policy agree with EURACTIV, an independent pan-European media network, that recently noted, “Big Pharma is out-gunning its civil society and non-profit rivals in terms of lobbying, access and influence at…EU institutions.” Each year, the awkwardly named European Federation of Pharmaceutical Industries and Associations (EFPIA) and its subsidiary trade association Vaccines Europe spend millions of euros and hold hundreds of closed-door meetings with European Commission members to achieve what one watchdog group characterizes as a highly “influential position in EU pharmaceutical-related policy making.” The EFPIA membership reads like a “who’s who” of the biggest and most powerful vaccine manufacturers, including GlaxoSmithKline, Sanofi, Pfizer, AstraZeneca, Eli Lilly and others.

The EU Transparency Register, a “voluntary system of registration for entities seeking to directly or indirectly influence the EU decision-making process,” reports about 40 million euros annually in pharmaceutical lobbying expenditures. However, a corporate marketing and consulting firm estimates that the actual amount spent each year by the pharmaceutical industry on lobbying is closer to about 90 million euros. A sizable portion of these monies fund full-time lobbyists who can push the industry’s priorities and secure both high-level and “unit-level” meetings with decision-makers and staffers in Brussels. Most of these meetings take place “out of sight and beyond scrutiny.” The 55-to-1 passage of the European Parliament committee’s vaccination policy resolution (with only three abstentions) suggests that these lobbying efforts have been resoundingly successful.

The Innovative Medicines Initiative (IMI) furnishes another illustration of the pharmaceutical industry’s outsized influence on European policy- and decision-makers. The IMI, which is Europe’s largest public-private partnership, is a joint venture between the EU and the EFPIA that ostensibly aims to “speed up the development of better and safer medicines.” However, investigative reports indicate that “the billions already invested by the EU in the IMI have effectively been a giant subsidy for the [pharmaceutical] sector rather than a boost for medical research.” What is the broader conclusion that these reporters draw from this example?

“This capture of EU funding by the pharmaceutical industry reflects a parallel capturing of the narrative on EU health policy, whereby the sector’s intentions and motivations go largely unquestioned by policymakers” (emphasis added).

Ultimately, the European Parliament’s top-down resolution seeks to centralize vaccination policy and lessen individual EU member nations’ ability to forge their own independent policies, as the Swedish Parliament chose to do when it bucked the general trend and voted down compulsory vaccination in 2017. Conspicuously missing from the debate are any parliamentarians courageous enough to speak to the “statistical trickery” that the vaccine industry routinely uses to mask important safety issues. Fortunately, some members of the scientific community still are willing to voice the questions that need to be asked, and at least one journal—The BMJ—has been willing to resist censorship pressures and publish some of those vital questions.

The issue of mandating vaccines is familiar to citizens of the U.S., where religious and philosophical exemptions to vaccination are being threatened in nearly all 50 states. Three states—West Virginia, Mississippi and California—allow only medical vaccine exemptions, which are reportedly difficult to obtain because health officials are subjecting the doctors who provide them to undue scrutiny. There’s no doubt that concerned vaccine safety advocates in the U.S. will be paying close attention to what’s transpiring with European vaccination policy.

In Part Two, Children’s Health Defense reviews a series of comments that the British Medical Journal (BMJ) published in response to its article about the European Parliament’s vaccination resolution.