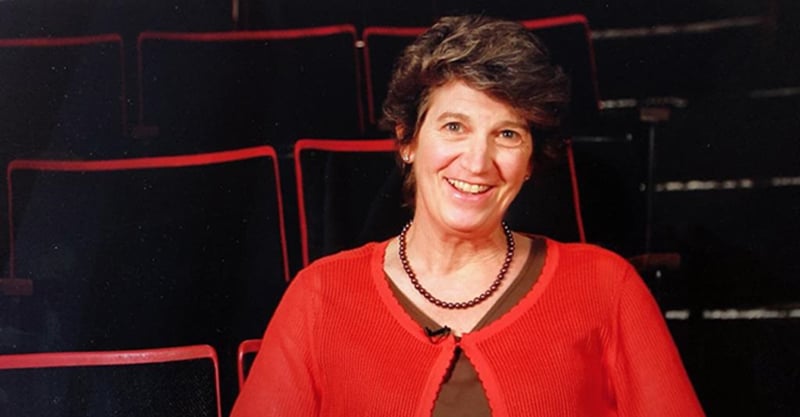 Children’s Health Defense (CHD) is pleased to announce that Mary S. Holland has become its full-time General Counsel. Holland will continue to serve as CHD Vice Chair of the Board of Directors.

Holland has fought long and hard in the vaccination choice and safety movement. In the last fifteen years, she has co-written and edited two books, Vaccine Epidemic and The HPV Vaccine on Trial, and co-founded two non-profits, the Elizabeth Birt Center for Autism Law and Advocacy and the Center for Personal Rights. In addition, she has published seminal legal articles on critical dimensions of vaccine law and policy: constitutionality; herd immunity; liability for injury; and the connection between vaccines and autism.

On behalf of many organizations, she submitted amicus briefs to the U.S. Supreme Court in Bruesewitz v. Wyeth, a case about manufacturer liability, and to the U.S. Court of Appeals for the Federal Circuit in Cedillo v. HHS about vaccine-induced autism. She serves on the advisory boards for Health Choice, the Institute for Pure and Applied Knowledge, and the Otto Specht School and Endeavor 21+, Waldorf communities for children and young adults with learning differences.

Mary Holland at the United Nations (above)

In addition, Holland has been a professor on the faculties of Columbia Law School and the New York University School of Law for the past eighteen years. She taught courses on human rights and recently retired as the Director of the NYU Graduate Lawyering Program.

In addition to her work on vaccine rights, Holland has been an outspoken advocate for human rights generally. While at Harvard-Radcliffe College as a Russian and Soviet Studies major, she spent a semester in Moscow, learning firsthand about human rights violations from dissidents, who were surveilled, censored, harassed, marginalized and criminalized. While a student at Columbia Law School and thereafter, Holland worked with Human Rights First as an attorney and advocate. She remembers when the Soviet Union’s fall seemed all but impossible. But then one fine day in 1991, with the stroke of a pen, the Soviet Union fell.

Holland believes that legal action can and will turn around the catastrophic and unacceptable situation families face today. Anthropologist Margaret Mead once said “Never doubt that a small group of thoughtful, committed citizens can change the world; indeed, it’s the only thing that ever has,” and Mary Holland agrees:

“I’m delighted to become General Counsel with the small group of thoughtful, committed citizens changing the world that is CHD.”

Once I learned about the extreme liability protection that industry and healthcare providers enjoy, and the suppression of accurate science and information about vaccine risks and injury, I understood the need for immediate, radical systemic change. I have been devoted to that change ever since.

Why did you become interested in childhood toxic exposures?

Like so many of us in this movement, I learned about vaccine injury from my child’s experience of it. I was aware that vaccine injury was possible – 1 in a million, or so I thought. When my child suffered a precipitous developmental regression, ending in an autism diagnosis, my appreciation of vaccine injury risk changed fundamentally.

I pieced together that there was no other plausible explanation for my child’s developmental regression. Once I learned about the extreme liability protection that industry and healthcare providers enjoy, and the suppression of accurate science and information about vaccine risks and injury, I understood the need for immediate, radical systemic change. I have been devoted to that change ever since.

What made you decide to work with CHD?

I have long admired the work of all members of the CHD team. Chairman Robert F. Kennedy, Jr.’s Rolling Stone article on thimerosal and Simpsonwood changed my life. Lyn Redwood, Laura Bono and I worked together over many years in many different vaccine and autism-related contexts. Rolf Hazlehurst and I held a press conference on the steps of the U.S. Supreme Court after oral argument in Bruesewitz v. Wyeth. I got to know Dr. Brian Hooker at Autism One conferences and events. I have known that if I could work in this movement full-time, it would be with CHD.

How do you think CHD’s work is different from the work you’ve done in the past?

This movement needs both grassroots and legal dimensions. The corrupting influence of money has made it almost impossible to win over state and federal executives, legislators, regulators, media and organized medical groups. The place where we have a fighting chance still is in the courts of public opinion and rule of law. Precedents like Jacobson v. Massachusetts and the 1986 National Childhood Vaccine Injury Act don’t make this easy, but it’s possible. With Robert F. Kennedy, Jr.’s outstanding litigation skills and his relationships with leading law firms in the mass tort area, we have never been better positioned to bring cases about the unreasonably dangerous nature of compulsory vaccines and other childhood toxic exposures.

What do you see as the challenges ahead at CHD?

CHD is still a start-up in many respects. I love start-ups! I love getting in on the ground floor and working with others to figure out how to ‘make the road by walking.’ I’ve done this many times in my career. Because I have been working with CHD on the board, I have a good sense of the organization’s mission, key players and most important projects. I believe I can help build on CHD’s already impressive record. We need to keep CHD’s legal efforts at the forefront and continue to build the grassroots.

What are some of the things you want to accomplish at CHD?

I am very excited to work with Robert F. Kennedy, Jr., Rolf Hazlehurst and other attorneys on current matters – Robi v. Merck, a case of fraud regarding the Gardasil vaccine; F.F. v. New York State, about New York State’s repeal of the religious exemption; and C.F. v. New York City Department of Health and Mental Hygiene, about mandatory MMR vaccines or civil penalties for all residents in four Brooklyn zip codes. I plan to make new connections with a broad range of impact litigation and advocacy organizations and to create opportunities for volunteer lawyers and law students at CHD. And I will continue to write and speak on vaccine law and policy.

I am honored and privileged to join the CHD team as General Counsel.