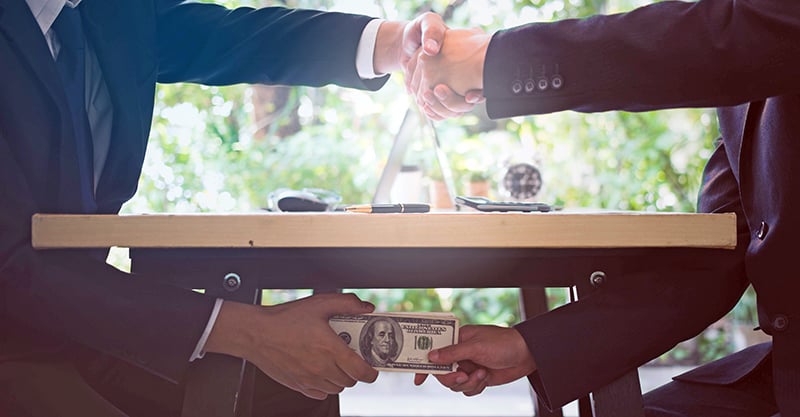 Policy-makers often attach considerable importance to systematic reviews when they make decisions about health care strategies and future policy directions. A systematic review is a “study of studies” that reviews the available body of evidence for a given disease or health topic in a “standardized and systematic way.”

…a look at Cochrane’s disclosed funding sources raises the question of whether the organization’s vaunted independence may be more talk than substance.

The London-based Cochrane organization (formerly the Cochrane Collaboration) bills its Cochrane Library as the “international gold standard for high quality, trusted information,” a characterization with which many researchers agree. Cochrane is prolific, publishing over 5,000 reviews in its first two decades. In addition to featuring a noble-sounding tagline (“trusted evidence, informed decisions, better health”), Cochrane burnishes its reputation through its avowed unwillingness to accept any “conflicted funding” and its professed freedom from “commercial sponsorship and other conflicts of interest.”

In fact, according to Cochrane’s website, no-strings-attached funding is “vital” in allowing the organization’s global network of reviewers to “generate authoritative and reliable information, working freely, unconstrained by commercial and financial interests.” Precisely how Cochrane defines “conflicted funding” is not readily apparent. And a look at Cochrane’s disclosed funding sources raises the question of whether the organization’s vaunted independence may be more talk than substance.

Cochrane’s top funders (in terms of amounts donated) feature some of the world’s largest government health agencies, including the research arm of the UK’s National Health Service as well as the UK’s Department for International Development (DFID); the National Institutes of Health (NIH) in the U.S.; Australia’s National Health and Medical Research Council; and health ministries all over the world. These powerful agencies are no strangers to quid pro quo funding arrangements—for example, the NIH cancelled research on alcohol marketing to underage drinkers because it was “wooing the alcoholic beverage industry to contribute tens of millions of dollars” for research on alcohol’s purported heart health benefits.

Desirous of extending the reach of its information globally, Cochrane also receives funding from and works in partnership with the World Health Organization (WHO); in 2016, Cochrane bragged that its systematic reviews had been included in 90% of WHO’s guidelines that year. The Bill & Melinda Gates Foundation (BMGF), which happens to be the largest non-government funder of WHO, is also a Cochrane donor. Curiously, BMGF’s contribution to Cochrane in late 2016 and a grant from the Robert Wood Johnson Foundation (RWJF) in early 2017 were shared only in fleeting press releases rather than on the permanent donor list on Cochrane’s website.

As Cochrane accepts more funding from foundations with highly partisan vaccination and Big Data agendas, what are the implications for its “gold standard” reviews?

Why might these two large U.S. foundations be interested in supporting Cochrane? According to the press releases, the foundations’ targeted pots of money appear to be helping Cochrane build a “next-generation evidence system” that will use technological advances and machine learning to maximize the impact of “Big Data.” Vaccination is one of the policy arenas where the rollout of Big Data is being most enthusiastically embraced, with researchers acclaiming Big Data’s potential to streamline the delivery of “rationally designed vaccines” and to “track the success of vaccination campaigns.” Both U.S. foundations are “all in” in this regard.

BMGF is actively promoting Big Data as a vaccination tool in the developing world, where it can “track pandemics” and help vaccine workers “determine what percent of a region they have immunized from a disease.” As a major funder of the GAVI Alliance, BMGF also is supporting the use of comprehensive medical digital databases in remote developing country regions to boost vaccine coverage by closely tracking “when and where” children receive vaccines.

In the U.S., the RWJF has been partnering with the Centers for Disease Control and Prevention (CDC) on a “500 Cities Project,” which is busily monitoring health data and health objectives down to the “small area” neighborhood level, including tracking compliance with vaccine recommendations. RWJF’s president was formerly a top CDC official and served as acting CDC director during the 2009 H1N1 influenza scare. (Some Europeans criticized that episode as an exaggerated and even “false pandemic” that ensured millions in windfall profits for vaccine manufacturers.)

As Cochrane accepts more funding from foundations with highly partisan vaccination and Big Data agendas, what are the implications for its “gold standard” reviews? A recent Cochrane review highly favorable to the human papillomavirus (HPV) vaccine—one of the most disastrous vaccines ever rushed onto the market—suggests that the foundations are getting plenty of bang for their charitable buck. Despite ample indications that manufacturers used phony placebos and other statistical gimmicks to hide the serious risks of HPV vaccines, and mounting evidence of other “deceptive practices by officials of ‘authoritative’ international public health institutions,” the May 8 Cochrane review of HPV vaccines reported no increased risk of serious adverse effects and concluded that deaths reported in HPV studies “have been judged not to be related to the vaccine.” These conclusions likely were well received by RWJF, which routinely promotes the HPV vaccine in its Culture of Health blog and supports studies assessing how best to implement HPV vaccine mandates—and by BMGF, which has supported the HPV vaccine’s introduction around the world (although BMGF’s reputation has been tarnished by controversy in India, where reportedly unethical HPV vaccine trials supported by the foundation resulted in children’s deaths).

…it would be inappropriate to assume all Cochrane reviews are good quality and are at low risk of bias.

Criticisms of Cochrane reviews have surfaced since not long after the organization’s inception. In 2001, for example, authors who were themselves affiliated with the Cochrane Collaboration assessed the quality of 53 Cochrane reviews in the British Medical Journal (BMJ) and reported “major problems” in almost a third (29%) of the reviews. Among the problems cited were conclusions not fully supported by the evidence, with “the problematic conclusions all [giving] too favourable a picture of the experimental intervention.” Subsequently, 11 leading professors and physicians from the UK and other countries wrote a response to the BMJ article—published by the BMJ as a “rapid response” commentary. The rapid response authors questioned the reliability of some Cochrane reviews and described the implications for Cochrane’s reputation as “serious,” suggesting that “the Cochrane Collaboration needs to clarify [explain] how it discharges its responsibilities for the quality of reviews published under its imprimatur, and how it responds when they are shown to have come to unjustified conclusions.”

A more recent examination of Cochrane reviews in 2016 concluded that while “the methodological quality of Cochrane reviews is good compared to…non-Cochrane reviews, …it would be inappropriate to assume all Cochrane reviews are good quality and are at low risk of bias.” Cochrane’s new and chummy partnership with Wikipedia to include “relevant evidence within all Wikipedia health articles,” announced in early 2017, also may raise some eyebrows given Wikipedia’s reputation for bias. All of these factors suggest that it might be time to take Cochrane’s supposedly neutral relationship with its funders with a grain of salt.