An Open Call-to-Action Letter to the California Medical Board 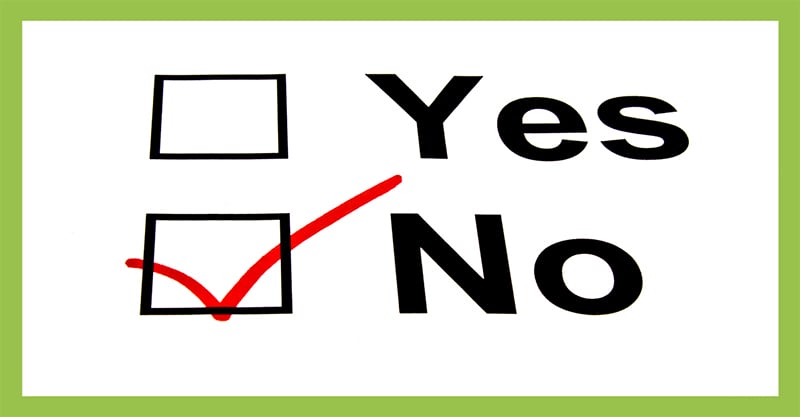 Dear Members of the California Medical Board,

I attended by phone your May 28th meeting to discuss the Board’s position on California SB276. The bill proposes to limit vaccine medical exemptions and bypass the doctor-patient relationship by routing patient data and vaccine exemption decision-making through the California Department of Public Health (CDPH). Thank you for listening to the roughly 1,000 parents and medical professionals who expressed enormous concern over this bill that would seriously injure many biologically diverse children in California. Over the course of the 3.5 hour meeting, you didn’t just listen, you heard, and for that we are grateful.

What is clear from the robust board discussion is that the California Medical Board (CMB), de facto, does not support SB276. If you maintain your support position, the Board may face an ethics violation if you don’t provide amendments to remedy the issues in the bill. I urge you to reconvene on an immediate emergency basis. You can provide amendments to the bill, or take another vote – one that accurately reflects the discussion – to officially come out against SB276.

Please do not work with Senator Pan’s office until you have reconvened.

To not bring up the concerns because you lacked the ability to write the amendments is more than absurd. It’s unethical.

The Board Doesn’t Support Any Concepts in SB276

By a vote of 5 to 3, you voted to support SB276 “in concept.” Supporting SB276 “in concept” is a euphemism for saying the board does not actually support the bill. This left the public incredibly confused. First, the Board opposes limiting medical exemptions to the CDC contraindications and precautions and instead wants to include family history, genetics, and prior vaccine injury as valid reasons for medical exemptions from vaccination. Second, the Board doesn’t want decision-making and private health data to go through the CDPH. Without those two concepts, there is nothing left to support in SB276.

The conclusion of your deliberations is highly alarming. You said, “So basically my letter would say, here are the concepts we support and we’ll work on [sic] [Senator Pan’s] office on the other things. So I’m not going to bring up all these issues as concerns because if you bring him [sic] up as concerns we have to bring up a solution with it.” To not bring up the concerns because you lacked the ability to write the amendments is more than absurd. It’s unethical.

However, like the California doctors you license and discipline, your duty is not to public health, but to patients.

I presume you support SB276 “in concept” to uphold herd immunity, amidst the publicity about measles this year. However, like the California doctors you license and discipline, your duty is not to public health, but to patients. Nowhere is it stated that you or medical doctors have a duty to uphold public health.

You Don’t Want to Limit Medical Exemptions or Involve CDPH

Here are some excerpts from your board discussion, taken directly from a video of the meeting:

To put the danger in perspective, if you were to board an airplane with odds of 1 in 50 or 1 in 100 the plane would go down, would you get on that plane? The answer is no, you wouldn’t. That is the risk these medically-fragile children will be disabled or killed by their next vaccine.

You Listened to Parents and Health Professionals

Parents and health professionals told the board that narrowly-defined medical exemptions can irreversibly harm medically-fragile children – those with family medical history of autoimmune and neurological diseases, genetic predispositions and prior vaccine injury. These are the children among the 0.7% who now have valid California medical exemptions from vaccination. Many of these children may look perfectly healthy, but underneath, they are medically fragile. These are the biologically diverse. With California vaccination rates above 95%, their exemptions are immaterial to herd immunity. I congratulate you for recognizing that SB276 puts them in harm’s way.

To put the danger in perspective, if you were to board an airplane with odds of 1 in 50 or 1 in 100 the plane would go down, would you get on that plane? The answer is no, you wouldn’t. That is the risk these medically-fragile children will be disabled or killed by their next vaccine. What parent would risk their child in that scenario? Not one. And that’s why they turned out in droves to tell you so.

Senator Pan (D), stated “a licensed physician can grant a medical exemption, and it’s basically at their professional judgment. There is no authority of public health to overturn that exemption.” This was the assurance that helped Senator Pan get the needed votes for SB277, the law that removed the personal belief exemption in 2015. It was the reason Senator Ben Allen (D) signed on as a co-author of SB277. Not surprisingly, Senator Allen does not support SB276 due to the proposed removal of the doctor-patient relationship.

Governor Gavin Newsom weighed in recently. He stated, “I’m the parent. I don’t want someone that the governor of California appointed to make a decision for my family.”

In short, you have demonstrated the commonsense reasoning and have the political backing to issue a statement of “no support” for SB276.

The fact is, none of the CMB investigations of doctors writing “fake” medical exemptions has found any wrongdoing

It also seems you’ve been accidentally caught up in Senator Pan’s politics. Under SB277, medical exemptions written by licensed physicians are perfectly legal. Since Senator Pan promised he would not remove the doctor-patient relationship, he needed to force support for SB276. He invented the pretense about doctors “selling fake medical exemptions” to alarm legislators, the medical board and the public.

Pan’s office has already released this statement conflating full support of the bill with the Board’s desire to review patient records:  “The Medical Board recognized that they need SB 276 to investigate unprofessional behavior on the part of physicians violating standard of care and endangering the public by selling inappropriate medical exemptions.”

The fact is, none of the CMB investigations of doctors writing “fake” medical exemptions has found any wrongdoing. The so-called barrier to your investigations is actually the determination of innocence on the part of the brave doctors willing to uphold the Hippocratic Oath by standing up for biologically diverse children. The barrier has nothing to do with patients refusing to turn over their private medical records. There is a reason the public calls your investigations a “witch hunt.”

Therefore, securing patient records is an unnecessary violation of privacy. I urge you to wrap up all these investigations in light of the fact that you support protecting and medically treating biologically diverse children. I also urge you to set the record straight with Senator Pan’s office regarding your total lack of support for SB276, and to clarify that your role is to protect patients, not protect public health.

In conclusion, the California Medical Board does not support SB276. If you maintain your support position, not coming forward with amendment language is unethical and the CMB may find citizens challenging the board on these ethical violations. I urge you to reconvene immediately to at least propose adequate amendments. But if you instead review your public board meeting statements and agree with California citizens that you do not support SB276, then please take an honest vote and come out against it.

Alix is a board member at Children’s Health Defense, however she writes in her personal capacity, and does not represent Children’s Health Defense opinions or positions. In the late 1990s, vaccines disabled and brain-injured her. She was 29 years old when she permanently lost her career. Over the past 23 years, she has spent $1.2 million out-of-pocket recovering from her vaccine injury. Today she still spends about $50K per year to manage a recovery of about 75% of her previously robust health.