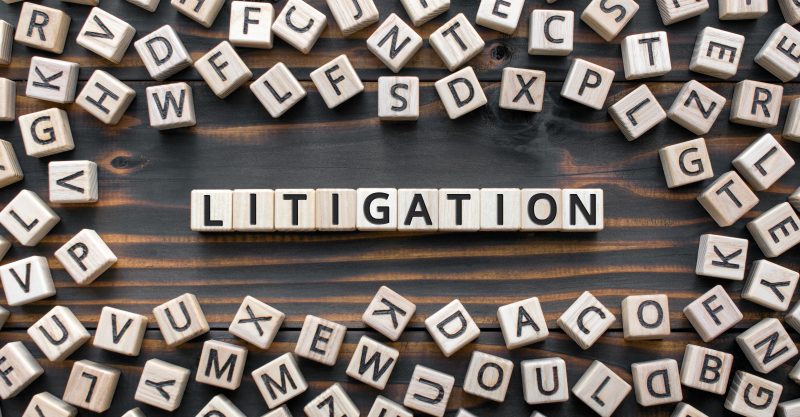 On Wednesday, June 23, 2021, Children’s Health Defense (CHD) filed the opening brief in its case opposing the FCC’s  OTARD Rule Amendment. This submission is the main brief for CHD in the case.

Among the arguments CHD raised in the brief:

CHD’s submission includes a real-life example of the effects of the rule amendment. Dr. David Hoffman’s affidavit was filed with CHD’s brief. The affidavit provides photographs of a massive base station antenna structure that was installed in the backyard of his parents’ neighbor. This antenna is authorized by the OTARD rule amendment. His parents have been suffering various health issues as a result, and his daughter, who suffers from Radiation Sickness, can no longer visit them. She developed symptoms every time she visited her grandparents. According to Dr. Hoffman, in return for allowing the antennas’ installation, which includes four powerful transmitting antennas that transmit over a 3–5-mile radius, the neighbor receives free internet service. Because of the amended OTARD rule, Dr. Hoffman and his parents cannot do anything about this irradiation except beg their neighbor to discontinue his agreement with the company, which he did. The neighbor refused. The Hoffman family cannot sue the neighbor or the company for nuisance or for any other property or health-related damage. They cannot even sue for disability accommodations. The rule amendment eliminated all their rights.

Affidavits Filed with the Brief

To support the brief we filed 11 affidavits as follows:

The Administrative Procedure Act requires that the Petitioners prove that they have “standing,” which means that they have a right to sue. It requires (1) compliance with the “Hobbs Act” which means that the Petitioner filed a comment to the FCC rulemaking docket (2) compliance with “Article III,” showing that the petitioners have been injured by the rule.  All four4 Individual petitioners filed an affidavit.

CHD had to prove that it has “organizational standing.” It had to show that it (1) complied with the Hobbs Act or that members it represents did (2) suffered injury from the rule (3) has representational capacity – that it represents its members who otherwise would have had standing to pursue the case by themselves. For that purpose, three of our members filed an affidavit. Dafna Tachover, CHD Director of its 5G and Wireless Harms Project filed the affidavit on behalf of CHD.

Expert Affidavits: Our submission also included three affidavits by experts to support our claims regarding the effects of wireless radiation on people who suffer from Radiation Sickness (electro-sensitivity) and on those whose conditions can be aggravated by exposure:

In the conclusion of her affidavit on behalf of CHD, Tachover wrote, “With this rule amendment, the FCC harms those who are the most vulnerable and takes away their right to exist, even in their home. The effects of the FCC rule amendment are egregious, and morally and legally unconscionable.”  She concluded by quoting Gandhi: “The true measure of any society can be found in how it treats its most vulnerable members.”

Additional Documents filed with the brief:

Addendum Record Reference T1 – provides analysis of the issues raised by comments that were filed to the docket.

Addendum Record Reference T2 – contains quotes of 246 people about their sickness and/or the sickness of their children or other family members from wireless exposure.

We filed a motion requesting to have oral arguments in the case. The FCC’s brief is due on August 23, 2021, and CHD must reply to the FCC’s brief by September 14, 2021. A three-judge panel will be assigned to the case after the conclusion of the briefing stage.