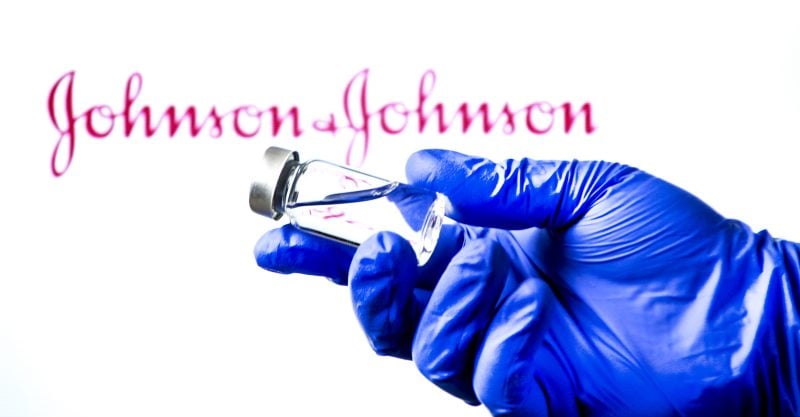 Barbara Buchanan chose J&J because it was a one-dose shot, and because experts declared the vaccine was safe after they lifted a 10-day pause, KGW8 reported. The pause in the U.S. was triggered by a Centers for Disease Control and Prevention (CDC) investigation into reports of rare blood clots.

Buchanan said she now regrets her decision. The 63-year-old first noticed symptoms six to eight days after her shot.

“I had a low-grade temperature and I just felt really tired,” she said. “I thought I was suffering from seasonal allergies.”

Buchanan also felt severe cramping in her legs, which she attributed to arthritis. Then she started coughing up blood. Doctors at Providence St. Vincent Medical Center ran a CT scan and discovered blood clots in her lungs, stomach, brain and throat.

“There has been an association with a very small number of people getting this vaccine that can get this special kind of blood clot with low platelets,” said Dr. Ray Moreno, chief medical officer at St. Vincent.

Moreno said Buchanan had blood clots with low platelets, the pattern seen in cases that prompted the CDC and U.S. Food and Drug Administration last month to pause the vaccine. But Moreno said the reaction is “very rare” and people shouldn’t be afraid of getting the vaccine.

“As with any medication or medical treatment, there is always the possibility of someone having an adverse reaction. That’s why it’s important to talk to your doctor, do your research and make an informed decision,” Moreno said in a statement to ABC affiliate KAT2TV.

As for Buchanan, she said the experience was “devastating.” She was “very scared that I was never going to see my home again or my family.” She spent about a week at the hospital and was released Monday. The clots are still in her body and she will have to take blood thinners.

“I have a good support system at home, but I’m scared, I’m scared,” Buchanan said. “People don’t think when they go to bed at night that they’re not going to wake up the next day, I don’t know that anymore.”

According to the most recent data from the CDC’s Vaccine Adverse Events Reporting System (VAERS), between Dec. 14, 2020 and May 21 there were 4,433 reports of clotting disorders and other related conditions. Of those, 1,842 reports were attributed to Pfizer, 1,168 reports to Moderna and 1,093 reports to J&J.

German researchers on Wednesday said they believed they’ve found the cause of the rare blood clots linked to J&J and AstraZeneca COVID vaccines.

The researchers, in a study yet to be reviewed, said COVID vaccines that employ adenovirus vectors — cold viruses used to deliver vaccine material — send some of their payload into the nucleus of cells, where some of the instructions for making coronavirus proteins can be misread. This can result in proteins that can potentially trigger blood clot disorders in a small number of recipients.

Other scientists have suggested competing theories for the clotting condition.

Scientists and U.S. and EU drug regulators have been searching for the cause of rare but potentially deadly clots accompanied by low blood platelet counts. The condition has led some countries to halt or limit use of AstraZeneca and J&J vaccines.

Johnson & Johnson, in an emailed statement said:”We are supporting continued research and analysis of this rare event as we work with medical experts and global health authorities. We look forward to reviewing and sharing data as it becomes available.”