A study of “diet diversity” found the impact of higher long-term temperatures on child nutrition could outweigh positive effects from socioeconomic and demographic improvements, such as education, improved water access and poverty reduction. 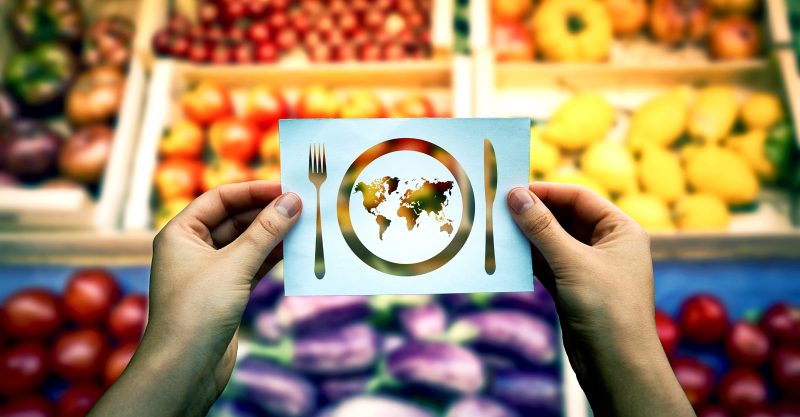 The research, published in Environmental Research Letters, calculates the “diet diversity” of more than 100,000 children in 19 low- and middle-income countries. It then analyses how their diets are affected by factors such as climate, education and wealth.

The findings suggest that climate can have a “profound” impact on child nutrition. Higher long-term temperatures were found to cause a significant drop in overall child nutrition. Conversely, a year that sees higher-than-average levels of rainfall could lead to an increase in child nutrition in the following year.

The scale of these effects suggests that climate change impacts on child nutrition could outweigh positive effects from socioeconomic and demographic improvements — such as education, improved water access and poverty reduction — the study finds.

This is “deeply concerning,” the authors note, as it could undermine development efforts aimed at improving food security across many low- and middle-income countries.

One in three children currently suffer from malnutrition — with the majority in low- and middle-income countries and in children under the age of five. Although global levels of childhood malnutrition have decreased over recent decades, global undernourishment rates have risen since 2015, the new study says. This is, in part, due to climate change and extreme weather events, it adds.

Dr. Meredith Niles, assistant professor in the department of nutrition and food sciences at the University of Vermont and lead author of the study, explains to Carbon Brief why malnutrition is particularly damaging for the young:

“Children are uniquely vulnerable and at risk from malnutrition because of its impact on development. The first 1,000 days of a child’s life is absolutely critical for long-term health and wellness trajectories.”

This study focuses on “diet diversity”— a measure of the diversity of food types that a person consumes. This is a “good indicator of micronutrient intake, a lack of which indicates malnourishment,” the paper notes.

Niles and her team use the Individual Diet Diversity Score from the UN Food and Agricultural Organization to rate diet diversity. This score ranks a person’s diet from zero to 10 based on how many food types — such as milk products, dark leafy greens, and meat or fish — are consumed in a day.

Using data from the Demographic Health Survey, collected between 2005 and 2009, Niles and her colleagues calculated the diet diversity of 107,000 children aged five and under in 19 countries across Asia, Africa and South America. The results are shown in the map below, where a low number (purple) indicates low diet diversity, and a high number (yellow) indicates high diet diversity.

In the countries tested, the average child diet diversity was 3.2. This means that children in the countries studied ate an average of 3.2 out of the 10 possible food groups in the 24 hours prior to the survey interview. This is “very low,” the study says.

Diet diversity ranged from a high of 4.77 in Colombia to a low of 1.80 in Lesotho. By comparison, Niles tells Carbon Brief, past research with children in China found an average diet diversity score of over six. “There are no globally accepted cut-off points for ‘good’ or ‘low’ diet diversity,” Niles adds, “but generally speaking diet diversity is lower in low-income countries.”

This figure shows that household wealth (divided into four categories from “richest” to “poorest” household) is the most significant predictor of diet diversity in children. However, changes to the climate — calculated here using 30 years of temperature and rainfall data — are also significant predictors of child nutrition.

In five of the six regions tested, higher temperatures are linked to a decrease in child diet diversity over one or more of the timeframes tested. In southeast and Western Africa, both long-term warming and shorter-term warming are found to be detrimental to diet diversity.

The effect of rainfall is less clear-cut, with three of the six regions showing a significant increase in diet diversity due to higher precipitation.

The findings indicate that negative impacts from climate change may have a more significant impact on diet diversity than the benefits gained from education, water and sanitation and road infrastructure in the countries tested. This is “deeply concerning,” the study says.

According to the authors, much of the existing research on climate child nutrition suggests that investment in development “may help to overcome the negative impacts of a changing climate.”

However, the paper warns that in many of the regions that it studied, “these positive socioeconomic and demographic changes may not be adequate to outweigh the negative effects of a changing climate going forward.”

Chelsey Canavan from the Nutrition and Global Health Programme at Harvard TH Chan School of Public Health — who was not involved in the study — tells Carbon Brief that the study “presents new evidence linking climate and diets” and “substantiates claims that have been made by case studies and climate and nutrition experts alike.”

Whilst there is already a significant body of research on the negative impacts of extreme weather events on impacting food security, research into the longer-term impacts of climate on nutrition is currently “limited,” the study says.

Both long-term and short-term climate impacts are “important”, Niles tells Carbon Brief, but they “have the potential to affect our food system … in different ways.” She says:

“Long-term shifts in temperature can affect the physiology of crops and animals, and higher CO2 levels are also predicted to change micronutrient content in crops. This could affect yields in the long-term or other nutritional outcomes. But short-term climate extremes – drought, floods, etc – could have major impacts on food access and availability immediately, and possibly affect global supply chains.”

Dr. Kristine Belesova — deputy director of the Centre on Climate Change and Planetary Health at the London School of Hygiene and Tropical Medicine — who was not involved in the study, tells Carbon Brief that “undernutrition is projected to be one of the greatest climate change impacts on human health.”

Canavan adds that the negative impacts of climate change on food systems are more severe in low- and middle-income countries. She tells Carbon Brief:

“While climate change impacts all regions, effects on food systems are felt more severely in low- and middle-income countries where large proportions of populations work in the agricultural sector and in settings where access to food markets is limited, as is often the case in rural areas.”

According to the study, high temperatures can impact diet quality by affecting crop yield for a range of important staple crops, reducing livestock productivity and increasing livestock water consumption. Additionally, changes in the availability of food can affect food prices, meaning that many people may be unable to access the food available.

The impacts of reduced crop yield are not limited to the diet diversity score. The study notes that higher temperatures can influence nutrient content in a variety of crops, which could contribute to deficiencies in important nutrients over time, although it would not affect diet diversity.

The study finds a more nuanced effect of rainfall changes on diet, with lower levels of precipitation generally detrimental to diet diversity. This is because a reduction in rainfall typically leads to a lower level of agricultural productivity, the study says — especially in times of drought.

Similarly, higher rainfall totals in the year before a study are generally a good predictor of higher diet diversity. This lag time is because the affected harvest is intended for consumption the following year, the study explains.

To explore this relationship in more detail, the authors focus on West Africa where, as Niles explains, “there were more significant relationships of climate to diet diversity than other regions.”

According to Niles, this implies that a combination of warm temperatures and high rainfall levels is important:

“This suggests that warmer temperatures with additional rainfall may be important for food availability, but this would be highly variable. For example, if there is higher rainfall, but it’s more erratic and comes in one large storm, this climate extreme may have adverse effects.” 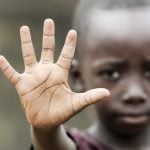 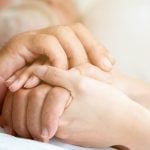