A civil rights group is suing the U.S. surgeon general and the secretary of the U.S. Department of Health and Human Services on behalf of three men who allege the government violated the First Amendment by directing Twitter to censor them for spreading COVID “misinformation.” 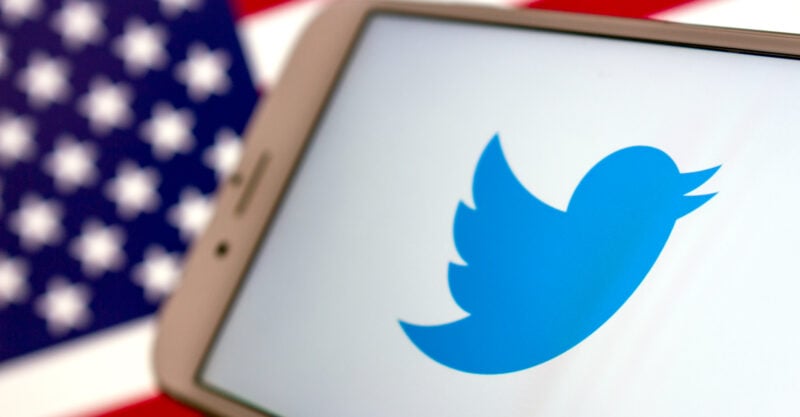 A civil rights group is suing the U.S. surgeon general and the secretary of the U.S. Department of Health and Human Services (HHS) on behalf of three men who allege the government violated the First Amendment by directing Twitter to censor them for spreading COVID “misinformation.”

According to the complaint, between May 2021 and December 2021, Twitter temporarily or permanently suspended the accounts of the three plaintiffs — Mark Changizi, Daniel Kotzin and Michael P. Senger.

“Mark Changizi, Daniel Kotzin, and Michael Senger each had or have Twitter accounts with tens of thousands of followers or more.

“Their Twitter platforms provided them with a social network, and an outlet to express their views, to hear the views of others, and to engage with detractors and fans alike.”

Twitter permanently suspended Senger’s account. Senger is a San Francisco-based attorney who was openly critical of COVID-related policies and of what he called “pro-lockdown propaganda” from China.

Twitter only temporarily suspended the accounts of Changizi and Kotzin. Visitors to the Twitter account belonging to Changizi, a well-known theoretical cognitive scientist, now see a warning stating “Caution: This profile may include potentially sensitive content.”

Kotzin’s Twitter account is active as of this writing, despite prior suspensions. A stay-at-home father, Kotzin is married to Jennifer Sey, the former president of Levi’s who recently stepped down from her position, alleging Levi’s executives bullied her after she spoke out against some COVID-related policies.

The lawsuit alleges the suspensions of the three men’s accounts are a result of the policies against “misinformation” announced by the surgeon general and HHS.

“Outrageously, the U.S. surgeon general and the Department of Health and Human Services (HHS) have directed social media platforms including Twitter to censor alleged ‘misinformation’ about Covid-19.

“The speech ban has included information the Government later conceded was true but that conflicted with the Government’s messaging on Covid-19 at the time.”

As reported earlier this month by The Defender, the Biden administration and Dr. Rochelle Walensky, director of the Centers for Disease Control and Prevention, recently made statements contradicting earlier official statements and public pronouncements regarding COVID policies.

The lawsuit provides a timeline of federal government “intimidation tactics” aimed at stifling so-called “misinformation” about COVID on social media:

“On March 3, the surgeon general demanded that the tech companies turn over information about individuals who spread such ‘misinformation,’ a clear intimidation tactic that HHS has labeled a ‘Request for Information’ (RFI).

“Adding insult to injury, on March 3, the surgeon general issued his RFI, demanding that technology platforms turn over ‘information about sources of Covid-19 misinformation’ to the Government by May 2, 2022.

According to the RFI, social media companies must submit such information posted on their platforms dating back to January 2020.

The complaint alleges Murthy and Becerra lack the statutory authority to issue such a request to private social media platforms.

The Defender previously reported on attempts by the federal government to combat alleged “misinformation.”

As stated in the RFI:

“Health misinformation — health information that is false, inaccurate, or misleading according to the best available evidence at the time — has been a challenge during public health emergencies before, including persistent rumors about HIV/AIDS that have undermined efforts to reduce infection rates in the U.S. and during the Ebola epidemic.

“But the speed, scale, and sophistication with which misinformation has been spread during the COVID-19 pandemic has been unprecedented.

“Recent research shows that most Americans believe or are unsure of at least one COVID-19 vaccine falsehood.”

The RFI outlines social media’s purported contribution to the spread of such “misinformation,” and the role such platforms can play in future pandemics:

“The inputs from stakeholders will help inform future pandemic response in the context of an evolving digital information environment.”

According to the lawsuit, this RFI comes as part of a broader White House effort to stop the spread of “health misinformation” dating back to spring 2021, threatening Big Tech with antitrust proceedings over their enormous market share if companies did not provide the requested information to the government:

“In May 2021, the White House began a coordinated and escalating public campaign to stop the flow of purported “health misinformation” related to Covid-19.

“In a May 5, 2021 press briefing, White House Press Secretary Jen Psaki stated that the President believed social media platforms have a responsibility to censor health ‘misinformation’ related to Covid-19 vaccinations, that by not doing so they were responsible for American deaths, and that the President believed ‘antitrust’ programs were in order to effectuate this end.

“In other words, if tech companies refused to censor, they would face antitrust investigations—or worse.”

The surgeon general and HHS later joined these efforts, according to the lawsuit:

“By July, the surgeon general and HHS ratcheted up the pressure by issuing an advisory on the subject, commanding technology platforms to collect data on the ‘spread and impact of misinformation’ and ‘prioritize early detection of misinformation ‘super-spreaders’ and repeat offenders” by ‘impos[ing] clear consequences for accounts that repeatedly violate platform policies’.”

It was during this period that Twitter banned or suspended the three plaintiffs.

Commenting on the lawsuit, Senger said:

According to the NCLA, the censorship advocated by Murthy and HHS strikes at the heart of what the First Amendment to the U.S. Constitution was designed to protect — free speech, especially political speech, much of which has since been vindicated and proven accurate.

“[B]y instrumentalizing tech companies, including Twitter — through pressure, coercion, and threats — to censor viewpoints that the federal executive has deemed ‘misinformation,’ the surgeon general has turned Twitter’s censorship into state action,” the NCLA said.

The nonprofit said the government’s policy of “pressuring Twitter and other tech companies to censor the Plaintiffs” should be halted immediately, adding:

“The surgeon general does not have the authority to issue this demand. The statute only gives him the authority to implement measures to stem spread of communicable disease. The statute cannot reasonably be interpreted to allow him to order tech companies to censor individuals with whom he disagrees on COVID policy, or to demand that Twitter hand over information about such account holders without a warrant based on probable cause.

“Demanding social media platforms, including Twitter, to turn over information about users that the Government deems problematic constitutes a warrantless search in violation of the Fourth Amendment to the U.S. Constitution.”

Civil rights attorney, writer and activist Jenin Younes, litigation counsel for this case, said, “The surgeon general apparently believes he can do whatever he wishes, even going so far as to commandeer technology companies to stifle the perspectives of those who differ from the government on COVID policies.”

Younes said Congress did not give Murthy the authority to “coerce social media platforms into censoring the voices of those with whom he disagrees,” and in fact, it could not have given him this power.

“Surgeon General Murthy’s RFI is really a Request for Intimidation. HHS is a serial violator when it comes to abusing its statutory power.

“Incredibly, HHS is relying on the exact same statute to issue the RFI here that it relied on the past two years to justify its unlawful nationwide eviction moratorium.

“The Supreme Court finally shot down the illegal moratorium. NCLA hopes lower courts are quicker to act on this latest unconstitutional outrage.”

Incidents of social media censorship stemming from purported COVID-related “misinformation” have been plentiful over the past two years.

The NCLA lawsuit does not directly target Twitter, instead, it goes after HHS and the surgeon general for strongly encouraging — or indirectly mandating — censorship policies on the part of social media platforms.