Dr. Francis Christian, a practicing surgeon and clinical professor of general surgery at the University of Saskatchewan, was suspended effective September 2021 after he released a statement to 200 doctors expressing concerns about giving the COVID shots to children.

By
Justice Centre for Constitutional Freedoms 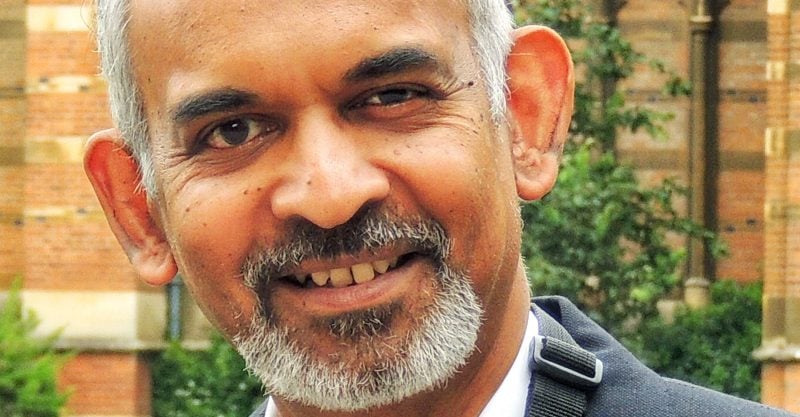 The Justice Centre for Constitutional Freedoms represents Dr. Francis Christian, clinical professor of general surgery at the University of Saskatchewan and a practicing surgeon in Saskatoon. Christian was called into a meeting Wednesday, suspended from all teaching responsibilities effective immediately, and fired from his position with the University of Saskatchewan as of September 2021.

In addition, the Justice Centre will represent Christian in his defense of a complaint that was made against him and an investigation by the College of Physicians and Surgeons of Saskatchewan. The complaint objects to Christian having advocated for the informed consent of COVID vaccines for children.

On June 17, Christian released a statement to over 200 doctors which contained his concerns regarding giving the COVID shots to children. In it he noted that he is pro-vaccine, and that he did not represent any group, the Saskatchewan Health Authority, or the University of Saskatchewan. “I speak to you directly as a physician, a surgeon, and a fellow human being.”

“This should apply particularly to a new vaccine that has never before been tried in humans … before the vaccine is rolled out to children, both children and parents must know the risks of mRNA vaccines,” he wrote.

Christian expressed concern that he had not come across “a single vaccinated child or parent who has been adequately informed” about COVID vaccines for children.

Among his points, he stated that:

The Saskatchewan Health Authority/College of Medicine wrote a letter to Christian on June 21 alleging that they had “received information that you are engaging in activities designed to discourage and prevent children and adolescents from receiving COVID-19 vaccination contrary to the recommendations and pandemic-response efforts of Saskatchewan and Canadian public health authorities.”

Christian’s concerns regarding underage COVID vaccinations are not isolated to him. The U.S. Centers for Disease Control and Prevention (CDC) had an “emergency meeting” early this week to discuss the growing cases of myocarditis (heart inflammation) in younger males after receiving the COVID-19 vaccines.

The CDC released new data today that the risk of myocarditis after the Pfizer vaccine is at least 10 times the expected rate in 12 – 17 year old males and females. The German government has issued public guidance against vaccinating those under the age of 18.

The World Health Organization posted an update to its website on Monday, June 21, which contained the statement in respect of advice for COVID-19 vaccination that “Children should not be vaccinated for the moment.” Within 24 hours, this guidance was withdrawn and new guidance was posted which stated that “COVID vaccines are safe for those over 18 years of age.”

Christian says there is a large, growing “network of ethical, moral physicians and scientists” who are urging caution in recommending vaccines for all children without informed consent. He said physicians must “always put their patients and humanity first.”

Dr. Byram Bridle, a prominent immunologist at the University of Guelph with a subspecialty in vaccinology, recently participated in a Press Conference on Parliament Hill on CPAC organized by MP Derek Sloan, where he discussed the censorship of scientists and physicians. Bridle expressed his safety concerns with vaccinating children with experimental mRNA vaccines.

Justice Centre Litigation Director Jay Cameron also has concern over the growing censorship of medical professionals when it comes to questioning the government narrative on COVID. “We are seeing a clear pattern of highly competent and skilled medical doctors in very esteemed positions being taken down and censored or even fired, for practicing proper science and medicine,” says Mr. Cameron.

The Justice Centre represented Dr. Chris Milburn in Nova Scotia, who faced professional disciplinary proceedings last year after a group of activists took exception to an opinion column he wrote in a local paper. The Justice Centre provided submissions to the College on Milburn’s behalf, defending the right of physicians to express their opinions on matters of policy in the public square and arguing that everyone is entitled to freedom of thought, belief, opinion and expression, as guaranteed by the Canadian Charter of Rights and Freedoms — including doctors.

The Justice Centre noted that attempting to have a doctor professionally disciplined for his opinions and commentary on matters of public interest amounts to bullying and intimidation for speaking out against the government.

Last week, Milburn also faced punishment for speaking out with his concerns about public health policies, as he was removed from his position as the head of emergency for the eastern zone with the Nova Scotia Health Authority. In an unusual twist, a petition has been started to have Milburn replace Dr. Strang as the province’s Chief Medical Officer.

“Censoring and punishing scientists and doctors for freely voicing their concerns is arrogant, oppressive and profoundly unscientific,” states Mr. Cameron.

“Both the western world and the idea of scientific inquiry itself is built to a large extent on the principles of freedom of thought and speech. Medicine and patient safety can only regress when dogma and an elitist orthodoxy, such as that imposed by the Saskatchewan College of Medicine, punishes doctors for voicing concerns,” Mr. Cameron concludes.

Originally published by the Justice Centre for Constitutional Freedoms. 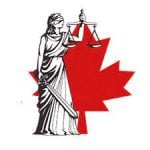 Justice Centre for Constitutional Freedoms is a Canadian legal organization and federally registered charity that defends citizens’ fundamental freedoms under the Canadian Charter of Rights and Freedoms, through pro bono legal representation and through educating Canadians about the free society.