A peer-reviewed study published in Chemosphere found the compound melamine, its primary byproduct (cyanuric acid) and four aromatic amines were detected in the urine of nearly all pregnant research participants. 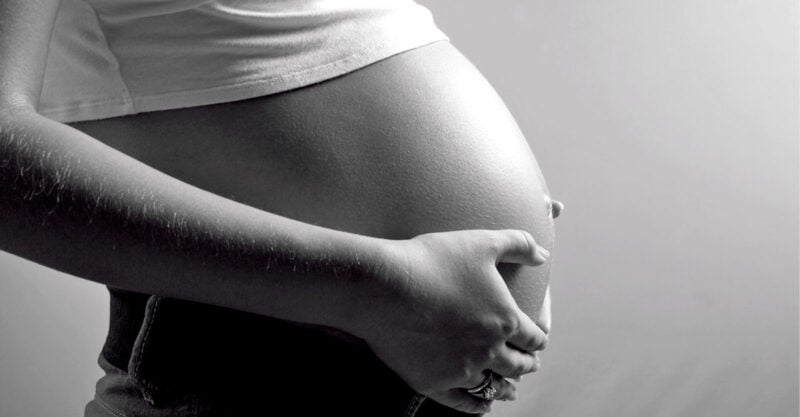 A peer-reviewed study published last month in Chemosphere found the compound melamine, its primary byproduct (cyanuric acid), and four aromatic amines were detected in the urine of nearly all pregnant research participants.

These chemicals are associated with increased risks of cancer, kidney toxicity and/or developmental harm to the resultant child.

Those of a certain age may hear “melamine” and think of the nearly indestructible plastic dinnerware from the mid-20th century, but “melamine” is an organic chemical compound that, when combined with formaldehyde, forms a durable plastic.

Others may remember the 2007-2008 incident in China of contamination of infant formula with melamine, which resulted in six deaths, and kidney and urinary tract harms (ranging from the development of kidney stones to acute renal failure) in some 300,000 babies.

A small sidebar explainer: melamine was actually intentionally added to the formula under the notion that it would boost the protein content. And because melamine is a high-nitrogen compound, and the chief test for protein levels at the time assayed nitrogen content, the (false) assumption of more protein, as well as the fact that it is a cheap chemical, drove that tragic and toxic decision.

After the infant formula incident and others involving melamine-contaminated pet food, the compound was recognized as a kidney toxicant.

Yet melamine is found in many commercial products, including synthetic pesticides and fertilizers, dishware, plastics, flooring, cookware, kitchen counters and others.

Many of these compounds are also used in industrial applications, such as in rubbers, adhesives, oil refining, synthetic polymers, dyes, perfumes, pharmaceuticals and explosives.

Exposures to melamine, cyanuric acid and aromatic amines can happen via any of multiple vectors that can be contaminated with these compounds; people encounter them by consuming food, breathing air, ingesting household dust, drinking water or using products that contain plastics or pigments.

The research team, hailing largely from the University of California San Francisco and Johns Hopkins Bloomberg School of Public Health, measured 45 chemicals associated with cancer and other risks, using methods that can capture chemicals, or even traces of them, in urine samples.

The sampling period extended from 2008 to 2020, though the bulk of collection happened from 2017 to 2020. Samples were collected across all three trimesters of pregnancy.

The subjects comprised a group of 171 women — from New York, New Hampshire, Puerto Rico, California, Illinois and Georgia — who are part of the National Institutes of Health’s Environmental influences on Child Health Outcomes Program.

These participants were, on average, 29.5 years old, and represented a relatively diverse sample of the population: 20% were Black, 34% were White, 40% were Latina, 4% were Asian and 3% were from other or multiple demographic groups.

The study authors note that this is “the largest U.S. study to date of melamine, melamine derivatives, and aromatic amines in a geographically and demographically diverse population of pregnant women,” and that previous research on melamine has focused on pregnant women in Asian countries, or been limited to non-pregnant people in the U.S.

More than 60% of the samples show the presence of 12 of the 45 chemicals for which the study looked; five were detected in nearly every sample.

Melamine, cyanuric acid and nine aromatic amines show up in more than half of the study participants.

Most chemicals found are associated with higher exposures among Black and Hispanic participants, as compared with non-Hispanic whites.

The highest levels of melamine and cyanuric acid are found in women of color and those with greater exposure to tobacco.

In another example, the levels of 3,4-dichloroaniline (used in the production of dyes and pesticides) are more than 100% higher among Black and Hispanic women than in white women.

Not only are these inequities in exposures and body burdens of concern for the women, but also, the presence of these compounds in their bodies during pregnancy raises further alarm for the babies that come from those pregnancies.

Because the mothers have been exposed prenatally, there may be a real risk of subsequent developmental impacts, both because there is the potential for maternal-fetal transfer of toxic chemicals via the placenta and/or breastmilk, and because children may have particular “windows” of developmental vulnerability to any one (or more) of these chemicals.

Some animal studies have pointed, for example, to fetal growth restriction, incomplete bone development, and spatial cognitive impairments following exposures to melamine (or its analogs, ammeline, ammelide and cyanuric acid).

Further peril lies in the possibility, as the study authors say, that there could be “synergistic effects . . . when exposed to both melamine and melamine analogs.”

“It’s disconcerting that we continue to find higher levels of many of these harmful chemicals in people of color.”

Johns Hopkins postdoctoral fellow and study coauthor Giehae Choi said, “Our findings raise concerns for the health of pregnant women and fetuses since some of these chemicals are known carcinogens and potential developmental toxicants. Regulatory action is clearly needed to limit exposure.”

And study co-senior author and professor of obstetrics, gynecology and reproductive medicine (and director of the University of California San Francisco Program on Reproductive Health and the Environment) Tracey J. Woodruff, Ph.D., added, “These chemicals are of serious concern due to their links to cancer and developmental toxicity, yet they are not routinely monitored in the United States.”

“Our data indicate important differences in exposures by race and ethnicity; evaluating potential sources of exposure that may contribute to these inequities is needed.

“Our larger follow-up study will allow us to better characterize exposures across the U.S. during a critical period of development and further assess influential predictors and demographic differences that we characterized in this initial study.

“Finally, our study demonstrates the importance of continuous identification of environmental factors that can play an important role in maternal and child health.”

It concludes that there is a critical and broad need for expanded biomonitoring that can identify sources of exposure disparities by race and/or ethnicity, and evaluate potentially harmful health effects.

Beyond Pesticides spends a good deal of its human capacity sharing information on the very broad and harmful impacts of the use of synthetic pesticides (and other toxic chemical compounds).

The research on these compounds is widely appreciated, and yet, Beyond Pesticides has asserted: the state of pesticide regulation, and of research into pesticide impacts, is inadequate and like nothing so much as a game of “whack-a-mole.”

A single pesticide or class of pesticides is studied, a paper is written, and policymakers and regulators may or may not pay attention. Then another one happens, and another, and another, ad infinitum.

The pattern of “progress” is similar on the regulation side: individual pesticides registered (aka, approved) by the U.S. Environmental Protection Agency (EPA) are reviewed “on the regular” — but only every 15 years, barring an emergent and urgent concern.

Given the cascade of discovery of harmful impacts over the past couple of decades, 15 years has become a very long window in which to allow continued use for lack of review.

When there is an urgent concern, the EPA may undertake a more timely review, but again, one compound at a time.

Even more fundamentally, its approach to regulation, in the face of evidence of harm, is often characterized by tweaking the use of toxic pesticides “at the margins” — requiring a change to the text on a pesticide label, reducing the time frame in which a compound can be used, restricting application to trained applicators, or other piecemeal actions that are generally wholly inadequate to reducing the health and environmental harms of these compounds being unleashed into the environment.

In addition, the agency is far too dependent on industry-generated research, influenced by agrochemical industry lobbying, and sometimes, in downright cahoots with industry.

What Beyond Pesticides wrote in 2020 holds:

“It is unconscionable to continue tweaking restrictions on pesticides with known hazards and broad uncertainties about the effect of mixtures, synergistic effects, and cumulative risk . . . given the availability of organic systems . . . [to] eliminate those hazards economically and solve the looming environmental threats.”

Likewise still relevant is a 2019 Daily News Blog article, in which Beyond Pesticides wrote:

“Since Rachel Carson stunned the world and ignited the modern environmental movement with [her groundbreaking book,] Silent Spring [60 years ago this year], pesticide regulation has been stuck in a whack-a-mole approach that targets only the most publicly visible, toxic, and researched chemicals for restrictions.

“By transitioning to organic, not only in food production, but also in the management of pests in lawns and landscapes and other pest control practices, we can eliminate the broad range of chemicals linked to diseases that are all too common in today’s world, and truly protect public health, wildlife and the environment.

Beyond Pesticides continues to work on its mission — to transform the nation’s approach to pest management in all sectors (agricultural, residential/structural and broad land management) by eliminating the current dependency on pesticides and advancing organic regenerative approaches that do not rely on toxic inputs.

The subject research adds to the evidence supporting our call to eliminate the use of synthetic, fossil-fuel-based pesticides within the next decade.

With sufficient public engagement and advocacy, combined with the work of health, environment and biodiversity organizations, we can put a stop to toxic pesticide exposures and embrace an organic systems approach that is precautionary and protective of all that we hold dear.