Are We on the Verge of a ‘Super-Epidemic’ of Autoimmune Diseases?

Some of the world’s leading immunologists blame exposure to SARS-CoV-2, others blame the experimental COVID vaccines — but could both potentially cause a devastating super-epidemic of autoimmune disease? 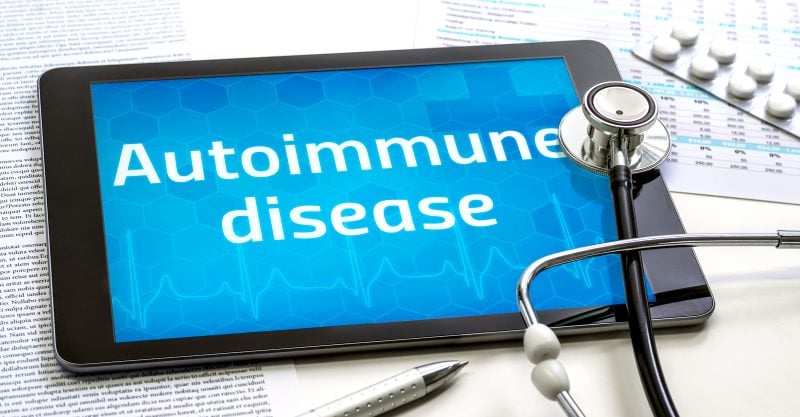 There’s been increasing concern voiced by world-leading immunologists that we could soon witness a devastating super-epidemic of autoimmune diseases. Some think it’s our exposure to the SARS-CoV-2 virus that’s the major concern. While others are more worried about the novel, still experimental vaccines, delivered at an unprecedented scale. But could it be both? In this piece, we aim to get under the covers of this complex area that’s been getting very little airtime in the mainstream media.

The underlying mechanism that links all these diseases is the loss of self-tolerance. As a result, the body starts to attack healthy cells or parts of itself, leading to the characteristic symptoms of one of the myriad autoimmune diseases.

The suggestion that we might face a super-epidemic isn’t a wild hypothesis. It’s a carefully considered judgment based on the fact we’re already amidst an autoimmune epidemic in the Western industrialized world. Anyone with any doubts about this should read science journalist and autoimmune sufferer Donna Jackson Nakazawa’s 2009 book on the subject, The Autoimmune Epidemic. That’s as relevant today as it was over a decade ago.

There’s a widely held view in immunological circles that a major driver of this epidemic is the decline of common infectious diseases such as hepatitis A, measles, mumps and rheumatic fever. That combined with the excessively hygienic environment that many children have grown up in in industrialized countries during the course of the last half century or so.

Many immunologists, clinicians and health scientists were first made aware of this relationship back in 2002, when leading French immunologist, Professor Jean-François Bach proposed the role of the hygiene hypothesis as the driver of the epidemic in an article published in the New England Journal of Medicine. The inverse relationship was neatly demonstrated in two graphs.

So what have we learned since Jean-François Bach’s pronouncement almost 20 years ago? A lot, is the short answer. Including that the relationship between infectious agents isn’t always straightforward, and that some pathogens might be capable of triggering autoimmune diseases in some people, while being protective in others.

We’ve also learned there are a bunch of other things in our modern day lives that might elevate our risk of developing autoimmune diseases, at ever younger ages. These include:

Underlying all of this is of course our genetics, which includes our blood group. Interesting evidence emerged mid-2020 that people with blood group O (as opposed to A, B or AB) had significantly lower risk of severe COVID-19 disease. The reason for this is thought to be linked to the fact that blood group O individuals can develop natural antibodies that offer cross-resistance to other pathogens. This is likely a process that’s evolved through evolution to deal with the millions of gram-negative bacteria with pathogenic potential in the gut.

A Chinese study found the same trend with O individuals being more tolerant to SARS-CoV-2 infection, with the A group being the most susceptible (unlucky for me!).

Likely even more important than our actual genes — our “book of life” that we are gifted when we come into this world — is how they are expressed. That of course depends on how our genes respond to our inner and external environments (i.e. epigenetics).

OK — so our genes may not have changed very much since we were hunter-gatherers some 20,000 years ago, but the way they are expressed most certainly has. It’s becoming increasingly clear that it is these changes in the patterns of epigenetic expression caused by certain environmental triggers — such as pathogens, chemicals or nutrients — combined with the presence of leaky barriers (gut, skin, lungs, sinuses) — that makes predisposed individuals especially vulnerable to autoimmune diseases.

In her presentation in February 2020 at the Get Well Show in London, my colleague Meleni Aldridge, who has spent the last 30 years on her own recovery from a life-threatening autoimmune disease (Graves), referred to what she calls the ‘autoimmune trifactor.’ She reminded us that a significant proportion of our body’s total energy is spent maintaining the integrity of our gut barrier. For those with a genetic predisposition, when that barrier starts to fail, giving rise to ‘leaky gut’, often because of chronic exposure to gluten and other allergens in our diets, the tripwire of the autoimmune disease spiral may be triggered.

We’ve known for a while that coronaviruses have the potential to induce autoimmune diseases. This was well demonstrated experimentally in a retinal autoimmunity mouse model almost 20 years ago.

But it’s not just mice which are affected. A Russian study following a series of post-mortems of patients who had died from severe COVID-disease revealed a classic pattern of autoimmune damage in the lungs, kidneys, liver, adrenal gland and intestines. Humans have experienced serious infection by SARS (2003) and MERS (2012), but these never infected many people.

So what might the continued expansion of the host range of SARS-CoV-2 hold in store for us? The only answer we can give with any degree of certainty at this stage is: we honestly don’t know. But we can make educated guesses — particularly if we look at the emerging body of science on the subject and the views of some of the most respected scientists in the field of autoimmune disease.

Many of the views I’ll offer from here on have been informed by recent publications by Professor Yehuda Shoenfeld, the Israeli clinical immunologist who is widely credited as the “father of autoimmunity.” Shoenfeld’s key focus is autoimmunity and he’s published over 1750 papers (yes, you read that right!) in leading journals such as Nature, the New England Journal of Medicine, The Lancet, the Proceedings of the National Academy of Sciences, and the FASEB Journal. It would not be difficult to argue that Dr. Shoenfeld may therefore be the most informed person on the planet on this topic.

In his many papers on the subject, some being referenced below, Shoenfeld points to clear evidence that SARS-CoV-2 triggers autoimmunity in some predisposed individuals.

Shoenfeld and colleagues have identified three common determinants that underlie the pattern of immune dysregulation that spirals into autoimmune disease in genetically susceptible individuals:

Studies by Shoenfeld’s own research group at the Sheba Medical Centre in Israel, as well as others that are referenced, have also identified associations between particular types of autoimmune diseases developing after severe COVID disease. These include immune thrombocytopenic purpura (ITP), Guillain-Barrė syndrome (GBS), Miller Fisher syndrome (MFS), and, in children, Kawasaki-like disease.

There is also evidence that deep vein thrombosis, pulmonary embolism and strokes may be triggered by autoimmune responses following the production of antiphospholipid antibodies (aPL).

With over 110 million “confirmed” cases of COVID-19 disease worldwide, the risk of autoimmunity is something that just can’t (or shouldn’t) be ignored. In fact, autoimmunity may be one of the factors driving some cases of “long covid” or “long-haulers.”

Now the more controversial bit. Vaccines and autoimmunity. As it happens, Prof Shoenfeld’s group has done a lot of work in this area and recognizes that adjuvants in some vaccines may present as just another, and sometimes the most important, environmental trigger for autoimmune disease among those who are predisposed. This is referred to as autoimmune/inflammatory syndrome induced by adjuvants — ASIA for short. The same can be said of adjuvants added to silicone implants and Gulf War Syndrome, that may be linked, at least in part, to anti-squalene antibodies in anthrax vaccine.

Among the most well studied adjuvants in vaccines are aluminum and mercury (in thimerosal). Neither of these are in the frontrunner vaccines from Pfizer, Moderna or AstraZeneca. But they do contain other ingredients, such as those in the lipid nanoparticles that deliver vaccines into cells, such as the polyethylene glycol (PEG) derivatives (ALC-0159) and hexane-containing phospholipids (ALC-0315) in the Pfizer/BioNTech vaccine.

The more conventional, protein subunit Novavax vaccine is, in contrast, adjuvanted. The adjuvant goes under the trade name of Matrix-M1™, which contains saponins from the bark of the soap bark tree, Quillaja Saponaria, together with cholesterol and phospholipid (used in the food and beverage industry) and delivered as nanoparticles (40 nanometers in size). Even Novavax recognizes the potential for an issue warning clinical trialists, in their own clinical study protocol, to be particularly on the watch for those with existing autoimmune conditions. The protocol states on page 102: “… it has been hypothesized that immunizations with or without adjuvant may be associated with autoimmunity.”

Molecular mimicry could come back to bite us

This concern is just as relevant when the synthetic antigen is shipped into the body inside another cell or vehicle (e.g. AstraZeneca, Novavax) or it’s been instructed to be produced by the muscle cells after they receive instructions from the mRNA in the Pfizer and Moderna vaccines.

Shoenfeld’s primary concern boils down to what’s called molecular mimicry. There are a number of genetic sequences that are identical both in the human genome and that of SARS-CoV-2 – with Shoenfeld and colleagues identifying 26.

The immunologists go on to draw particular attention to the identical sequences in a specific group of proteins found deep in the lungs (the site of ARDS/covid pneumonia), the alveolar surfactant proteins, and the glycoprotein of SARS-CoV-2. This is a concern Shoenfeld along with co-author Darja Kanduc, from the University of Bari, Italy, shared in a paper in Clinical Immunology published last June.

It’s why Shoenfeld and colleagues have been banging on the drum during the vaccine development phase last year, arguing that peptide sequences used in the new vaccines should be unique and not be common to ones found in the body.

For a predisposed individual, an adverse reaction to the vaccine, Shoenfeld and colleagues argue, could be enough for them to be tipped over the edge — into autoimmune disease. One of the most obvious signals for predisposition is to already have one of the over 100 autoimmune diseases that are charging through industrialized societies. Yet, with the father of autoimmunity sounding the warnings of autoimmune risks, there is scarcely a word of caution being uttered by governments rolling out the mass vaccination programs. Shame on them.