In America, the ends don’t justify the means. There are legal guardrails in place to protect our basic liberties and rights — even during a pandemic. 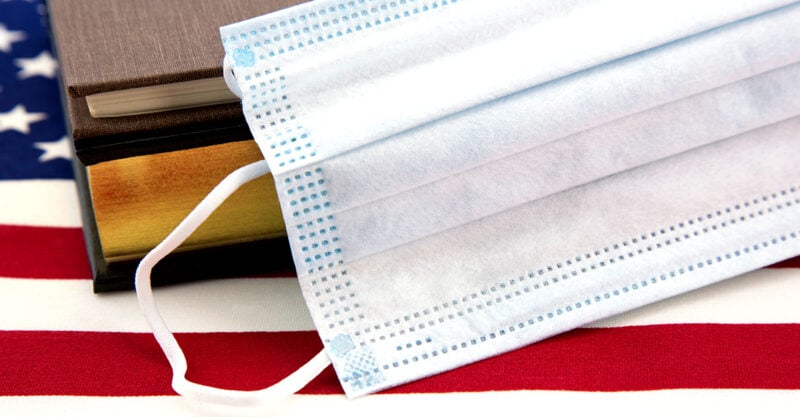 Editor’s note: The U.S. Department of Justice on Wednesday appealed Monday’s ruling by a federal judge in Florida that struck down the Biden administration’s mask mandate for public transport.

In America, the ends don’t justify the means. There are legal guardrails in place to protect our basic liberties and rights — even during a pandemic.

That was the message in the decision handed down Monday by a federal judge in our lawsuit to overturn the federal travel mask mandate.

Since early 2021, anyone traveling on a plane, bus or train, or anyone who used a shared ride service — or even walked into an airport or train station — was compelled to wear a face covering, often for hours at a time.

President Biden, on his first full day in office, signed an executive order on mandatory masking.

The CDC circumvented a required notice and comment period and issued no scientific justifications for the specifics of the order.

Americans were supposed to take the government’s word for it, put on our masks and ask no questions.

But when flight attendants announced — repeatedly on each flight — that compliance is required “by federal law,” did you ever wonder: what federal law?

I did. And it led us at the Health Freedom Defense Fund to file suit against the mandate in federal court.

With assistance from our lawyers at the Davillier Law Group, we learned there is no “federal law” compelling masks for travel.

The CDC does not have the statutory authority to issue a sweeping mandate requiring masking. Nor does the agency have the authority to penalize Americans for non-compliance.

The Biden administration claimed its mask mandate was rooted in authority granted under the Public Health Service Act.

However, a careful reading of that law shows Congress never intended to grant such sweeping powers. In fact, the law is limited and specific, as the court pointed out in its decision.

One of the bigger red flags for the court was the CDC’s claim it could bypass a period of public notice and comment.

The CDC cited the pandemic “emergency” as justification for bypassing notice and comment.

Yet, as we all recall, by early 2021, the pandemic had been wreaking its havoc for nearly a year, yet the agency had proposed no such travel mask mandate.

It is hard to justify requiring emergency powers and circumventing all citizen comments when the CDC was marking time on masks for more than a year.

Indeed, if a mask mandate was key to the pandemic battle, Congress could have enacted such a bill, with debate, transparency and accountability. It did not.

In fact, public comment is at the core of credible and transparent regulatory policy because it allows for flaws and pitfalls to be cited and hopefully corrected.

Despite telling us all for years to “follow the science,” the CDC cited no scientific research to justify the mandate, nor did it offer justification for choosing the age of 2 for its exemption — clearly indicating the agency arbitrarily chose that age.

An abundance of research in major medical and scientific publications, including in the Journal of the American Medical Association, details the negative effects of prolonged mask-wearing, including among medical professionals and the military.

The CDC also ignored the serious, and medically verified, concerns voiced by Americans about how mask-wearing creates severe anxiety, as the two individual plaintiffs in our case detailed.

Clearly the federal government simply brushed away bona fide questions about mask efficacy and risk, and chose not to cite rationale of its own.

The government’s rationale is what we parents say often when our children question our demands: “Because I said so.”

That approach usually doesn’t work well with kids — and it sure falls short in setting policy for hundreds of millions of Americans.

As our lawsuit pointed out, never has a president entered an executive order mandating that every American citizen be required to don a type of garment or device, whether when traveling or otherwise, for any reason whatsoever.

So now that you can choose to fly or ride mask-free, remember: Even in response to a pandemic, your government cannot do what it wants, when it wants and to whom it wants.

We are governed by laws, not the preferences of elites, and the Constitution is not suspended in an emergency. 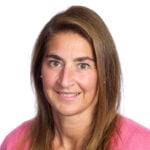 Leslie Manookian is president and founder of Health Freedom Defense Fund, a nonprofit which seeks to rectify health injustice through education, advocacy and legal challenges to unjust mandates, laws and policies that undermine our health freedoms and human rights.