Public health researchers must recognize the responsibility large-scale food conglomerates have to reduce the health and environmental costs of their products. 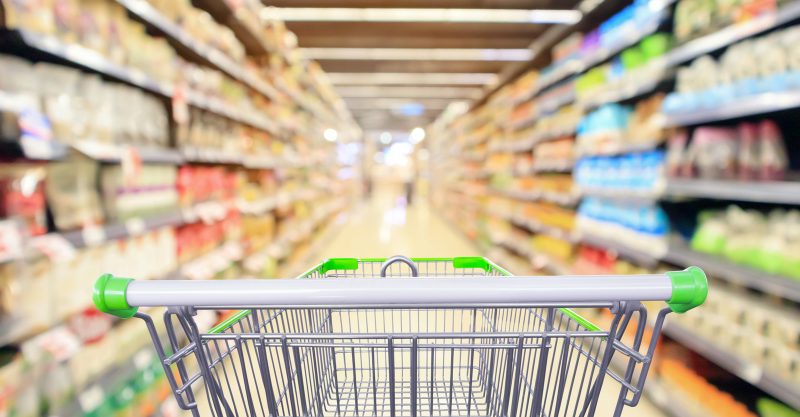 The concept of a food system in research classically follows a simple progression: a one-track path from farms to plates.

Equal space and weight are often given to stops along the way, including food processing, transportation and retail. The diagrams also typically float aloof in space — unattached to any legal system, economy or private entity.

Despite their alluring simplicity, these characterizations fail to capture true imbalances of power and responsibility in food production, standing in stark contrast to modern food industry realities.

Large-scale food and beverage companies, engaged in processing and manufacturing raw agricultural materials for profit in global markets, are not just another step in the food system path. They play an outsized role in driving disparities in human health and environmental sustainability.

Food processing companies currently make one-fourth of every dollar spent on groceries in the U.S., with just a handful of companies controlling as much as 98.4% of the market share in some categories of prepared foods.

By comparison, the country’s more than 2.5 million farmworkers, the majority of which are undocumented and unprotected by fair wage laws, get just eight cents for every dollar spent on groceries.

Food processing companies like Nestlé (Switzerland), Coca Cola (U.S.), Danone (France), and Unilever (United Kingdom/Netherlands) are bottlenecks in the global food system, exerting undue influence over both what and how much is produced by farmers upstream as well as what and how much is eaten by consumers downstream.

As Jeffrey Sachs poignantly pointed out prior to the UNs’ recent Food Systems Summit:

Despite this concentration of power and wealth, international agendas for public health and sustainable food production often call for reform not by the most powerful food companies but, instead, by farmers and consumers.

The agricultural sector — a diverse set of small-, medium- and large-scale producers found around the world — is widely criticized for greenhouse gas emissions, land deterioration and water use.

Little is mentioned, however, about the artificial demand created by food processing companies for derivatives of farmers’ crops and livestock, including refined sugar, high-fructose corn syrup and animal-sourced meats and fats.

Far from determining the ultimate use of the whole seeds, grains, vegetables and legumes they produce, farmers are increasingly trapped in cycles of dependence — relying on expensive and contractually bound use of pesticides and fertilizers to increase yields and compete in the global market.

Instead of accountability, a U.N. business declaration called for food processing companies to “incentivize consumers as agents of change to create demand for sustainably produced, high quality healthy and nutritious diets.”

Efforts such as Meatless Mondays, public education campaigns, and by-the-pound meat taxes on consumer purchases are often proposed as solutions to the bad behavior of individual consumers, who are purportedly “at the end of the supply chain [and] arguably in the best position to drive positive change along its entirety,” wrote the authors of a 2020 article in Nature.

But changing consumer behavior is not a panacea. Efforts to shift diets not only face deep-rooted and reasonably held cultural norms, they must also come to terms with worsening food environment, poor purchasing power for healthier food alternatives like whole fruits, legumes and vegetables and an outcry against colonialism in the face of efforts to veganize already malnourished, protein-poor diets in low- and middle-income countries.

Despite these ethical concerns, many in the academic community continue to promote these and other small-scale interventions (urban agriculture is another example), which fail to reflect the lived realities of impoverished households and allow food processing companies to evade their own responsibilities — including their disproportionate influence over millions of diets around the world.

Although we’d like to believe that all food options are equally accessible, global food environments are being increasingly monopolized by large and highly consolidated food and beverage companies, each flooding grocery aisles with addictive products, employing aggressive marketing strategies and ultimately, driving excess consumption and diet-related chronic disease.

As outlined by Consumer International:

“Many of the approaches for achieving the U.N. Sustainable Development Goals and climate targets rely heavily on consumers making different purchasing choices, or modifying their usage of goods or products and services. But this is not a fair responsibility to place on consumers where the current structure of the marketplace favors unsustainable options.”

Public health researchers must recognize the responsibility food processing companies have to reduce the health and environmental costs of their products.

Efforts such as the Columbia Center on Sustainable Investment and the U.N. Sustainable Development Solutions Network’s Four Pillar Framework fill this gap in advocacy and provide clear and practical guidance on corporate alignment with the Sustainable Development Goals in the food industry, outlining specific responsibilities held by the private sector to remedy past harms and modify business strategies to more ethically and sustainably produce healthy foods.

As the bottleneck of power and wealth concentration in the food supply chain, the food processing industry is a far more effective and efficient target of reform than the diverse hundreds of millions of global consumers and farmers at opposite ends of the food system.

Research and policy must identify how food processing companies can mitigate damages caused to human health and natural environments.

Instead of burdening consumers (who already shoulder the hidden cost of food through health care, pollution cleanups, and other public services) with increased prices or taxing of unhealthy foods, solutions should prioritize consumer protection by taking into account the intrinsic disparities of the consumer-supplier relationship, including disparities in bargaining power, knowledge, and resources.

Greater transparency of the environmental and social risks incurred by all actors in the food supply chain, not just agricultural producers alone, is needed so that consumers, policymakers and investors alike can disfavor risky and unsustainable business practices.

Government regulation must also look beyond current marketing and labeling laws (which simply put the onus of informed decision-making back on the consumer) to set and enforce strict standards for what food and beverage products can be legally produced and sold.

Far from complete abolition, increased attention and accountability for these powerful private sector players can ensure that food production contributes to — and does not continue to impede — human and planetary health. Abrania Marrero is a Ph.D. candidate in population health sciences in the Department of Nutrition at the Harvard T.H. Chan School of Public Health and a former Agents of Change in Environmental Justice fellow.