As Nestlé seeks to become a global leader in food allergy treatments and personalized vitamins, the world’s largest food company hasn’t really changed — 70% of its products are junk food. 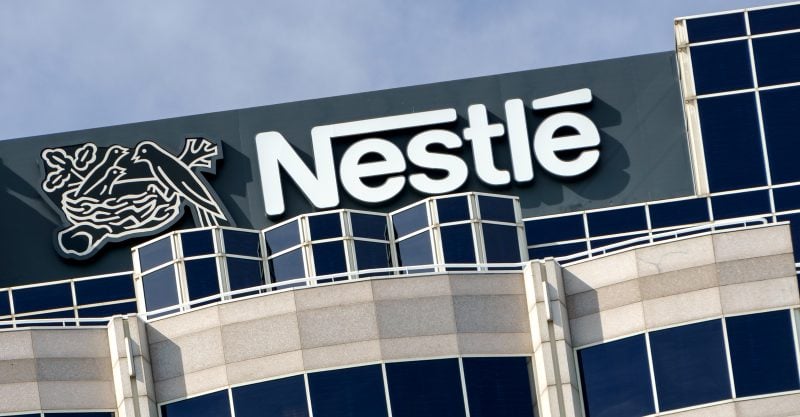 In recent decades, the food system has dramatically changed, which in turn has impacted food safety and human health. Company documents from Nestlé, one of the largest food manufacturers, reveal 70% of its products are junk foods. Vegetable oils and changes in how cereals, salads and meats are grown have dramatically altered the overall safety and nutrition of most people’s diets.

Americans spend 57.9% of their food budget on ultra-processed foods, like those produced by Nestlé. This means more than half of what the average person in America eats are foods that can be purchased in a local gas station or convenience store.

Ultra-processed foods often have added sugar and account for 89.7% of added sugar in the diet, while coming from an industry with a long history of intentionally confusing consumers. It’s crucial to be informed and vote for your beliefs on state and federal ballots, and with your pocketbook when choosing your food.

Former Nestlé chief executive Peter Brabeck-Letmathe characterized Nestlé as a “nutrition, health and wellness company.” Yet 70% of the overall products produced by the company are junk foods.

The Financial Times reported on a presentation sent to top executives of Nestlé Corporation in 2021. In the presentation, Nestlé acknowledged only 37% of their food and drink revenues ranked above 3.5 on a 5-star scale using Australia’s Health Stars rating system.

Using the same scale, 96% of all the company’s beverages, excluding pure coffee, and 99% of their confectionery and ice cream products also failed to meet the 3.5-star threshold.

Executives at Nestlé are reportedly considering new commitments to nutrition and updating the internal nutrition standards. Nestlé’s chief executive Mark Schneider said the company recognizes that consumers are looking for healthier diet options and is seeking to become a global leader in food allergy treatments.

In an interview with Bloomberg, Schneider said “processed foods” is a misunderstood term, since when you cook whole foods at home, you’re also processing food, and said, “So processed food per se is not a good or bad thing.” He was excited by the company’s upcoming line of vitamins, saying, “Personalized vitamins, minerals and supplements are going to be the next frontier.”

“In recent years, we have launched thousands of products for kids and families that meet external nutrition yardsticks. We have also distributed billions of micronutrient doses via our affordable and nutritious products.

“We believe that a healthy diet means finding a balance between wellbeing and enjoyment. This includes having some space for indulgent foods, consumed in moderation. Our direction of travel has not changed and is clear: we will continue to make our portfolio tastier and healthier.”

Despite the company’s strong PR campaign, the industry has a long history of confusing their consumers. Most large food manufacturers had been members of the Grocery Manufacturers Association (GMA). Before 2020, they were the largest and most powerful lobbying group for the processed food industry.

The science propaganda arm of the GMA was the International Life Science Institute (ILSI). Together, these organizations had consistently supported pesticide producers and junk food manufacturers. In 2014, I dubbed the GMA the most evil organization on the planet as it worked hard to ensure the growth of subsidized, genetically engineered and chemically dependent, highly processed junk foods.

In its history, the GMA had also proven it would break the law to achieve their goals. As I reported in the link above, during the 2013 ballot campaign to label GMOs in Washington state, the organization used illegal actions to hide the identity of members who donated funds to the opposing campaign, which shielded them from consumer backlash. This helped defeat the ballot by a 1% margin.

However, the illegal actions came to light and the GMA was sued for money laundering and intentionally violating other laws, found guilty and ordered to pay an $18 million fine. In the years that followed, the Organic Consumers Association called for a traitor boycott on all products owned by GMA members.

The aim was to send a clear message to the food industry that consumers would no longer tolerate their lies, deception and lack of transparency. By 2014, companies began leaving GMA and in 2017 the Organic Consumers Association reported some of the heavy hitters that had recently left the organization included Mars Inc., Campbell Soup Co., Nestlé and Dean Foods.

All told, the organization lost approximately 50 members from 2012 to 2017. Prior to this, the ILSI had been flying under the radar as a classic food industry front group. However, by 2019, mainstream media had begun identifying cracks in their armor that revealed their true colors.

The New York Times published an investigative report on the ILSI titled “A Shadowy Industry Group Shapes Food Policy Around the World.” In it the reporter commented that the organization was coming under:

“… increasing scrutiny as it was little more than a front group advancing the interests of the 400 corporate members that provide its $17 million budget, among them Coca-Cola, Dupont, PepsiCo, General Mills and Danone.”

GMA rebranded but still the same

By 2018, GMA executives recognized the writing on the wall as their membership continued to drop. In early 2020 the company rebranded as Consumer Brands Association with a mission to “advocate for product affordability, access and innovation; eliminate consumer confusion; and solve large problems in the marketplace.”

The rebranding helped infuse new life into the organization, which saw the membership jump by over 30%. Rejoining the ranks was Campbell Soup Co. along with Hostess Brands, Butcher Box and Sargento Foods, to name a few. Jeffrey Harmening is the chair of Consumer Brands Association and coincidentally the CEO of General Mills Inc.

According to Jay Byrne, former head of public relations at Monsanto in 2001, changing the way people think about industry is tantamount to cyber warfare. He said, “Imagine the internet as a weapon, sitting on a table. Either you use it or your opponent does, but somebody’s going to get killed.”

Ultra-processed foods are not healthy

The trigger behind this ongoing rise in weight is a burning question, with a complex answer. However, the consumption of ultra-processed foods is likely a large contributor.

No matter how much renovating, reconfiguring or reprogramming food manufacturers do to junk food ingredients or processing, the products will never be a healthy alternative food source. In fact, Nestlé is considering dropping or replacing standards for the “treats” in their food line, which would lower the percentage of foods categorized as “junk food.”

As one justification Nestlé uses for altering the standards that identify “healthy” ultra-processed foods, they said: “We believe that a healthy diet means finding a balance between well-being and enjoyment. This includes having some space for indulgent foods, consumed in moderation.”

However, these “indulgent foods,” as Nestlé categorizes them, are largely responsible for the rising levels of obesity in the Western world. A small-scale, but rigorous, randomized and carefully controlled study was performed by the National Institutes of Health to analyze if those eating ultra-processed foods ate more calories and gained more weight.

During the study, the researchers measured energy intake and weight change, and took metabolic measurements. They sought to determine if processed foods were a problem independently or if people who ate processed foods already had health problems that were unrelated to their diet.

Eating this food sold for human consumption isn’t fit for animals. In one study led by Eric Berg, Ph.D., from North Dakota State University, scientists fed animals a typical American diet. However, the experiment had to be stopped early as veterinarians deemed it was inhumane to the animals.

In addition to obesity and the subsequent health conditions that accompany the condition, evidence suggests that eating ultra-processed foods may have a negative effect on bone strength and increase the risk for fracture. It is apparent from scientific evidence that no matter what spin the industry uses, ultra-processed foods are downright dangerous.