Technology Is Not the Answer

From Ladakh and Bhutan to Sweden and Australia, a clear pattern has emerged: As people are pushed into deepening dependence on large-scale, technological systems, ecological and social crises escalate. 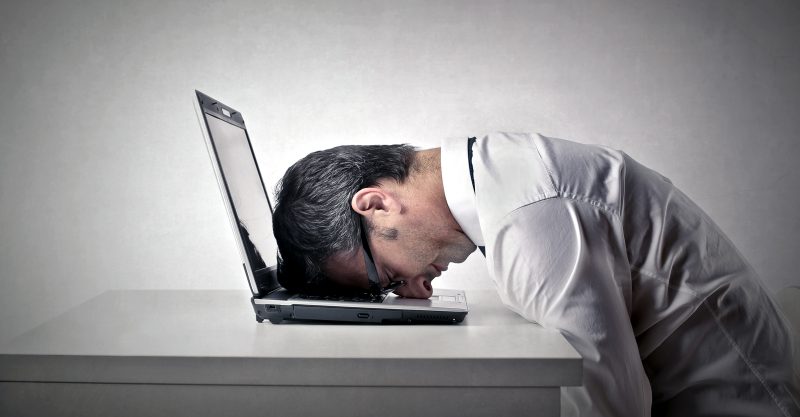 The most recent topic explored by the thinkers and activists who make up the Great Transition Network was “Technology and the Future.” As writer after writer posted their thoughts, it was heartening to see that almost all recognize that technology cannot provide real solutions to the many crises we face.

I was also happy that Professor William Robinson, author of a number of books on the global economy, highlighted the clear connection between computer technologies and the further entrenchment of globalization today.

As anyone who has followed my work will know, globalization is of particular interest to me: for more than 40 years I’ve been studying its impacts on different cultures and societies around the world.

From Ladakh and Bhutan to Sweden and Australia, a clear pattern has emerged: as people are pushed into deepening dependence on large-scale, technological systems, ecological and social crises escalate.

I’m not the only one to have seen this. In the International Forum on Globalization — a network I co-founded in 1992 — I worked with forty writers, journalists, academics and social and environmental leaders from around the world to inform the public about the ways in which “free-trade” treaties, the principal drivers of globalization, have eroded democracy, destroyed livelihoods and accelerated resource extraction.

In countries as disparate as Sweden and India, I have seen how globalization intensifies competition for jobs and resources, leading to dramatic social breakdown — including not only ethnic and religious conflict but also depression, alcoholism and suicide.

Professor Robinson wrote that we are “at the brink of another round of restructuring and transformation based on a much more advanced digitalisation of the entire global economy.” This is true, but the link between globalization and technological expansion began well before the computer era.

Large-scale, technological apparatuses can be understood as the arms and legs of centralized profit-making. And while 5G networks, satellites, mass data-harvesting, artificial intelligence and virtual reality will allow the colonization of still more physical, economic and mental space by multinational corporations, technologies like fossil fuels, global trading infrastructures, and television have already helped to impose a corporate-run consumer-based economy in almost every corner of the globe.

For reasons that are increasingly evident, an acceleration of this process is the last thing we need in a time of serious social and environmental crises. What’s more, the technologies themselves — from the sensors to the satellites — all rely heavily on scarce resources, not least rare earth minerals.

Some of the world’s richest corporations are now racing each other to extract these minerals from the deepest seabeds and from the surface of Mars. It has been estimated that the internet alone — with its largely invisible data warehouses (much of it manned by exploited labor in the “developing” world) — will use up a fifth of global electricity consumption by 2025.

And for what? So that we can all spend more time immersed in and addicted to virtual worlds? So that we can automate agriculture, and drive more communities off the land into swelling urban slums? So that drones can deliver our online purchases without an iota of face-to-face contact?

When thinking about technology from within an already high-tech, urban context, we can easily forget that nearly half the global population still lives in villages, still connected to the land. This is not to say that their way of life is not under threat — far from it.

Ladakh, the Himalayan region where I lived and worked for several decades, was unconnected to the outside world by even a road until the 1960s. But today you can find processed corporate food, smartphones, mountains of plastic waste, traffic jams and other signs of “modernity” in the capital, Leh.

The first steps on this path were taken in the mid-1970s when, in the name of “development,” massive resources went into building up the energy, communications and transport infrastructures needed to tie Ladakh to the global economy.

Another step involved pulling Ladakhi children out of their villages into western-style schools, where they learned none of the place-based skills that supported Ladakh’s culture for centuries and instead were trained into the technological-modernist paradigm.

Together, these forces are pushing the traditional way of life to the brink of extinction.

While that process began relatively recently in Ladakh, in the west it has been going on far longer, with deeper impacts. But even here, more and more people are becoming aware that the technologization of their personal lives has led to increasing stress, isolation and mental health struggles.

During the pandemic people have been forced to do more online than ever before — from classes to conversations with friends and family — and most have discovered how limited and empty online life can be. There is a clear cultural turning, visible now even in the mainstream, that goes beyond a desire to spend less time on screens.

People are also beginning to reject the posturing of the consumer culture and its work-and-spend treadmill, wanting instead to slow down, to cultivate deeper relationships and to engage in more community-oriented and nature-based activities.

I see young people all over the world choosing to leave their screen-based jobs to become farmers. (This return to the land is happening in Ladakh, as well, which I find truly inspiring.)

Informal networks of mutual aid are arising. Friends are gardening, cooking and baking bread together, families are choosing to live on the land and developing relationships with the animals and plants around them.

We are seeing increased respect for indigenous wisdom, for women and for the feminine and a growing appreciation for wild nature and for all things vernacular, handmade, artisanal and local.

There is also an emergence of alternative, ecological practices in every discipline: from natural medicine to natural building, from eco-psychology to ecological agriculture.

Although these disciplines have often been the target of corporate co-optation and greenwashing, they have invariably emerged from bottom-up efforts to restore a healthier relationship with the Earth.

All of these are positive, meaningful trends that have been largely ignored by the media, and given no support by policymakers. At the moment, they are running uphill in a system that favors corporate-led technological development at every turn. They testify to enduring goodwill, to a deep human desire for connection.

When viewed from a big-picture perspective, the expansion of digital technologies — which are inherently centralized and centralizing — runs contrary to the emergence of a more humane, sustainable and genuinely connected future.

Why should we accept an energy-and mineral-intensive technological infrastructure that is fundamentally about speeding life up, increasing our screen-time, automating our jobs and tightening the grip of the 1%?

For a better future, we need to put technology back in its place and favor democratically determined, diverse forms of development that are shaped by human and ecological priorities — not by the gimmicky fetishes of a handful of billionaires. 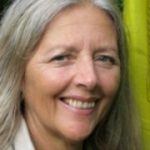 Helena Norberg-Hodge is founder and director of Local Futures (International Society for Ecology and Culture). A pioneer of the “new economy” movement, she has been promoting an economics of personal, social and ecological well-being for more than thirty years.