At least eight states are considering joining the 14 states that already limit foreign control of agricultural land — and they specifically cited China as a reason for passing new laws. 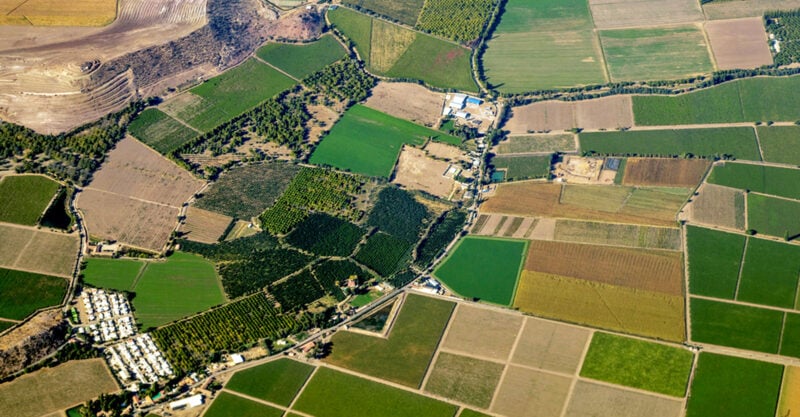 Amid growing concern about Chinese investment in U.S. agriculture, there has been a renewed push to limit and more closely monitor foreign ownership of farmland across the country.

At least eight states considered implementing a new limit on foreign control of agricultural land, and one, Indiana, passed a new law limiting new investment by foreign companies — specifically citing China as a reason for passing the law.

In addition, because of concerns about data, more than 125 House Republicans sent a letter pushing the Government Accountability Office, a top watchdog of the U.S. government, to investigate foreign ownership of farmland.

Meanwhile, Sen. Mike Rounds, R-South Dakota, proposed a law that would ban companies from China, Iran, North Korea and Russia from purchasing U.S. farmland. The law is one of a number proposed that would strengthen federal government monitoring of foreign ownership.

Currently, the U.S. Department of Agriculture (USDA) is supposed to monitor foreign investment in farmland under the Agricultural Foreign Investment Disclosure Act (AFIDA). That act, passed in 1978, requires all foreign holders of agricultural land — whether that is owners or long-term renters — to report those holdings to USDA.

However, the USDA largely relies on volunteer reporting, via an FSA-153 report. Each year, the USDA’s Farm Service Agency releases that information in an annual report.

Investigate Midwest obtained a database via the Freedom of Information Act detailing all the land in the annual report. The database has significant gaps. There are more than 3.1 million acres without an owner listed. Spot checks show that many parcels listed are no longer controlled by the owner in the database. It is unclear if land is removed from the database after it is sold or a lease is terminated.

While the database has significant errors and often has incomplete information, it is the only comprehensive indicator of the quantity of land being sold or leased to foreign interests.

In addition, 14 states have limits on foreign ownership.

Micah Brown, a staff attorney with the National Agricultural Law Center who researches state and federal laws about foreign ownership of farmland, said that AFIDA is well known to be unreliable, and that despite the state-level laws, it’s still really difficult to track ownership in those states.

“Almost every state has an enforcement provision in the law, but it doesn’t seem like there’s much enforcement, just looking at it,” Brown said.

Brown said he views the current concerns as a “political flashpoint” similar to when current laws were passed in the past. He said those passed during four distinct flashpoints: the Declaration of Independence era; the late 1800s (during westward expansion); the early-to-mid 20th century; and the 1970s.

There are a number of reasons for the increased scrutiny, according to experts, and China is at the heart of many of them.

Increasing foreign investment in agriculture. Rising land prices. Increasing investment in farmland. A trade war with China. A pandemic, where food shortages hit home for many Americans and spurred concerns about food security.

Joe Maxwell, president and co-founder of Farm Action, an advocacy group on behalf of family farmers, has lobbied for stricter regulations on foreign investment from both states and the federal government for years. Maxwell said it’s clear there has been more focus on foreign ownership of farmland in recent years.

“More people on Capitol Hill are focusing on what China is up to,” said Maxwell, a Democrat who formerly served as lieutenant governor of Missouri.

The issue has been bipartisan, with advocates for stricter monitoring in the Senate ranging from Sens. Debbie Stabenow, D-Mich., Jon Tester, D-Montana, Elizabeth Warren, D-Mass., and Bernie Sanders, I-Vermont, to Chuck Grassley, R-Iowa.

The eight states that considered implementing a new limit on foreign control of agricultural land included Alabama, Arkansas, California, Indiana, Missouri, Oklahoma, Tennessee and Texas. California’s was passed but the measure was vetoed.

China cited as reason for law, but data lacking

In their letter to the U.S. Government Accountability Office (GAO), House Republicans expressed concerns about what effect foreign investment in farmland has on national security. The group also expressed doubts about how AFIDA is working.

“Concerns have also been expressed that foreign investment in U.S. farmland could result in foreign control of available U.S. farmland, especially prime agricultural lands, and possibly lead to foreign control over food production and food prices,” the letter from the House Republicans stated.

Many of those same representatives sent a letter in July to Secretary of Agriculture Tom Vilsack, raising concerns about the effect of foreign ownership on food prices. The group expressed specific concern about China’s level of investment.

Republicans have repeatedly cited China as a need for the law.

This summer, Indiana became the 15th state to pass a law limiting foreign ownership after the state legislature passed a law earlier this year banning foreign-owned companies from purchasing farmland. In Indiana, 401,747 acres are foreign-owned.

In doing so, the bill’s sponsor specifically cited China as a concern.

“It’s important that crop ground be used to supply food, food security to our country first,” Sen. Mark Messmer, R-Jasper, told the Indiana House Committee on Agriculture and Rural Development, according to The Indiana Lawyer.

“With an adversary of our country buying and controlling more agricultural land every year, it will eventually become a national security issue.”

What isn’t clear, however, is how much of the focus on China is warranted.

Chinese companies own 352,140 acres, just less than 1% of all foreign-held farmland. This pales in comparison to countries like Canada (which owns 12.4 million acres) and the Netherlands (which owns 4.9 million acres).

Brown said the lack of reliable data under AFIDA and state disclosure laws could mean that the level of investment by China is underreported. Brown also said the USDA’s current reporting guidelines make it unclear — depending on how many layers of ownership there are and the percentage of ownership — who should be reporting.

A 2017 investigation by Investigate Midwest found that the USDA does very little to investigate whether foreign owners of farmland are properly reporting under AFIDA, and that the single largest fine was due to a corporation self-reporting a missed transaction.

This raises questions about whether the USDA is investigating ownership under limited liability corporations. The USDA did fine two Chinese firms in 2021 for failing to report their transactions, according to Agri-Pulse.

The largest owner of farmland on behalf of China is WH Group, which purchased Smithfield Foods in 2013, gaining 146,000 acres of farmland. Smithfield is the largest pork company in the U.S.

Smithfield faced criticism in the early parts of the coronavirus pandemic, when the company was exporting record levels of pork to China, despite claiming a meat shortage in the U.S.

At the time, Smithfield said that the meat was ordered and processed earlier in the year, and that much of the food that was sent to China was food that isn’t desired in the U.S.

A report issued earlier this year by the U.S. China Economic and Security Review Commission raised concerns about Chinese investment in U.S. agriculture, including foreign investment in farmland. The author of the report did not return messages seeking an interview.

Who does own it? What the data says

An analysis of disclosures under AFIDA shows that China owns 1% of all land held by foreign entities.

These disclosures include land that is owned, in whole or in part, or in a long-term lease by foreign companies.

Overall, foreign entities own or lease nearly 37.6 million acres of agricultural land, including forests and pastures. That is an area slightly larger than the state of Illinois and makes up 2.9% of all privately held agricultural land in the U.S. This is up from a total of 24.2 million acres in 2010, according to the USDA.

The county that is the most owned is Keweenaw County, Michigan, which includes Isle Royale (a remote national park in Lake Superior) and some land on Michigan’s Upper Peninsula. Overall, the county, which has a population of just over 2,000 people, has 345,600 acres of land.

More than 262,000 acres — 75.8% of the land in the county — are owned by three foreign entities in the county. Two are timber limited liability corporations that list owners from the Netherlands, and one is called Lake Superior Land Company which lists owners from the U.S. Virgin Islands.

Arkansas and Texas, which have heavy timberland investment, also have more than 10 counties that have at least 10% controlled by foreign interests.

“We have to be careful that we don’t give the farms away,” said Bruce Shultz, vice president of the National Farmers Organization, a co-op of family farmers. Shultz is a cattle rancher in rural Montana, and said that the organization isn’t a “super political group” but this is an issue that affects farmers everywhere.

Johnathan Hettinger is an investigative reporter who focuses on pesticide coverage for Investigative Midwest. 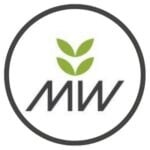 Investigate Midwest's mission is to serve the public interest by exposing dangerous and costly practices of influential agricultural corporations and institutions through in-depth and data-driven investigative journalism.