U.S. Sen. Ron Johnson (R-Wis.) is asking the company that manages the U.S. Department of Defense’s Defense Medical Epidemiology Database to turn over records after the company failed to fully comply with a previous request seeking information about its “awareness of potential data problems” with the military’s database. 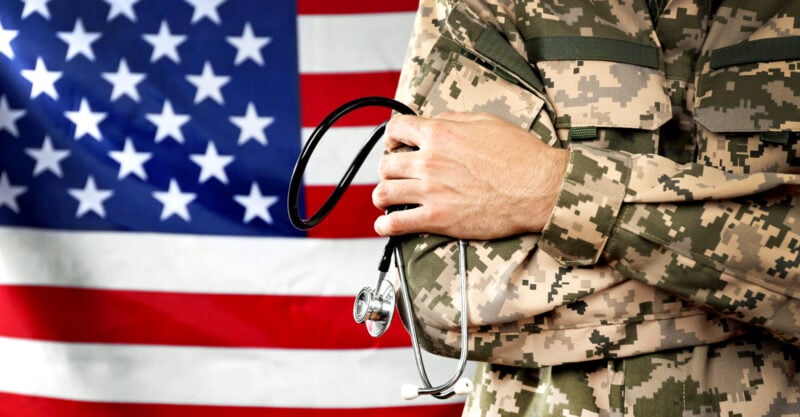 Sen. Ron Johnson (R-Wis.) is asking the company that manages the U.S. Department of Defense’s (DOD) Defense Medical Epidemiology Database (DMED) to turn over records after the company failed to fully comply with a previous request seeking information about its “awareness of potential data problems” with the military’s database.

This is the second time Johnson has requested the records from Unissant Inc.

Johnson’s office previously sent three letters to the DOD following allegations by DOD whistleblowers that the DMED showed significant increases in registered medical diagnoses in 2021 following the authorization of COVID-19 vaccines and implementation of the DOD’s vaccine mandate.

The DMED is the military’s longstanding epidemiological database of service members.

Claiming the DMED data for 2016-2020 was incorrect, the DOD temporarily disabled the database — after whistleblowers came forward — then updated it with accurate figures, which resulted in less of an increase in medical conditions that potentially could be related to the vaccines.

The DOD said the DMED system was taken offline to “identify and correct the root cause of the data corruption.”

Given what Johnson said was the DOD’s lack of transparency, the senator asked his staff to contact Unissant to discuss its “awareness of potential data problems in DMED.”

Johnson, a ranking member of the Permanent Subcommittee on Investigations, first sent a formal letter to Unissant on March 7, requesting records related to its management of the DMED.

Unissant responded by stating it was prohibited from answering Johnson’s questions or “providing any details about the work it performs for the Defense Health Agency.”

Johnson’s staff provided Unissant with information from the DOD stating the company did not need the DOD’s consent to answer questions from Congress. A DOD contracting officer informed Unissant that “when it comes to Congressional or Senatorial inquiries, you don’t need my permission” to respond.

“Our letter explains why we are making this request even though you’ve stated we do not need your permission,” the email stated.

The DOD on May 2 gave Unissant permission to provide responsive documents to Johnson’s initial March 7 request, but Unissant’s letter detailing why it needed the DOD’s written permission was omitted from the records provided to his office.

“The records Unissant has provided to date as well as the company’s unclear explanation for requesting DOD’s approval to respond to Congressional inquiries raise additional questions,” Johnson said in a June 14 letter to Kenneth Bonner, president and chief growth officer of Unissant.

Johnson asked Unissant to provide the following additional information no later than June 28.

1. Does Unissant agree with DOD’s claim that “the data in DMED was corrupt for the years 2016-2020 when accessed after September 2021?” If so, please explain why the DMED data for registered diagnoses of certain medical conditions from 2016-2020 was incorrect.

3. Unissant claimed that on February 10, 2022, DOD discovered the need to “fix DMED monthly data for 2021.” However, emails produced by Unissant show that on Jan. 31, 2022, Unissant’s Vice President Stephen Gehring wrote that, “the team worked over the weekend to identify and resolve the issues” with DMED. Later that day, a DOD employee confirmed that “DMED access was restored after the data was corrected.”

It does not appear that Unissant provided communications referring or relating to the DMED issue discovered on February 10, 2022 (as requested in the March 7, 2022 letter). Please provide those documents.

4. Provide a list of communications and documents discussing the “need to fix DMED monthly data for 2021” and the communications relating to the DMED issues discovered on Feb. 10, 2022, that Unissant failed to disclose with the previous request.

5. On January 31, 2022, Unissant Vice President Stephen Gehring noted that his team had “worked over the weekend to identify and resolve the issues” with DMED. He added that “the team uncovered other findings in testing that need to be addressed.” What were those “other findings”? Did those finding [sic] relate to issues with DMED? If so, were those findings identified in Unissant’s chart regarding issues relating to DMED (pursuant to the March 7, 2022 letter)?

If these findings were not identified, please provide a description of those findings, when Unissant communicated those findings to DOD, and the status of any corrective action(s).

6. In a March 3, 2022 email provided by Unissant, a Unissant representative informed Unissant officials Kenneth Bonner and Stephen Gehring that as recently as August 2021, DOD and Unissant were aware of problems with DMED but still let it “go live” with those problems. What were the problems? Why did Unissant allow DMED to “go live” if it knew it had problems?

7. On April 22, 2022, Unissant’s President Kenneth Bonner attached a letter to an email to DOD Contracting Officer Kevin Hodge regarding DOD’s permission to release information to Sen. Johnson. This attachment was not included in Unissant’s May 4, 2022 production. Please provide this letter.

When performing work on behalf of the federal government, how does Unissant ensure that its employees are following federal record preservation requirements if Unissant cannot access its employees’ documents and communications?

According to a spreadsheet based on a complete DMED data set provided by whistleblowers to Johnson’s office in January 2022, figures for myocarditis had changed dramatically since the August 2021 download.

In other words, after the DOD enforced its vaccine mandate, the database was altered to reduce the increase in myocarditis cases in 2021, compared to the previous four years.

Attorney Thomas Renz in January told experts during a panel discussion on COVID-19 vaccines and treatment protocols that was led by Johnson, that data provided to him by three whistleblowers showed COVID-19 vaccines were causing catastrophic harm to members of the U.S. military while not preventing them from getting the virus.

Data from DMED provided by whistleblowers — who knew they would face perjury charges if they submitted false statements to the court in legal cases pending against the DOD — showed miscarriages increased 300% in 2021 over the previous five-year average, cancer increased by 300% and neurological disorders increased 1,000% in 2021 over the past five-year average — increasing from 82,000 to 863,000 in one year.

Other conditions that spiked over the same five-year period included:

Renz also said DMED data showing registered diagnoses of myocarditis had been removed from the database.

Renz told the panel a “trifecta of data” from the DMED and Project SALUS, the DOD’s military-civilian integrated health database, along with human intelligence in the form of doctor-whistleblowers, suggest the DOD and the Centers for Disease Control and Prevention withheld COVID-19 vaccine surveillance data since September 2021.

Johnson asked the DOD in February what it was doing to investigate whistleblower reports of big spikes in miscarriages, neurological disorders, cancer and other illnesses among members of the U.S. military since its rollout of COVID-19 vaccines.

Johnson also asked if the DOD had removed reports of vaccine-induced myocarditis from the DMED.

The Defense Health Agency on Jan. 26 created and preserved “a full backup of the DMED,” at Johnson’s request.

On Jan. 28, a DOD spokesman told PolitiFact there was a glitch in the DMED database that “gave the false impression that there was a huge spike in miscarriages, cancer and other medical issues among military members in 2021.”

The spokesman said the database had “been taken down to identify and correct the problem.”