"Safe" limits on human exposure to phthalates set by national and international regulatory authorities may not adequately protect public health, according to a new analysis published in the journal Environmental Health. 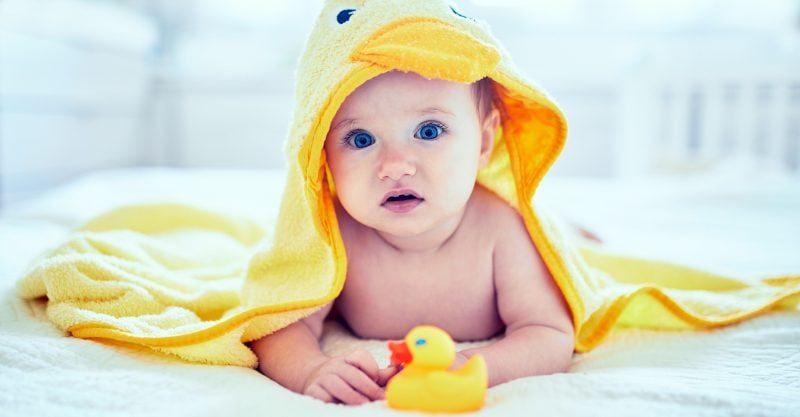 “Safe” limits on human exposure to phthalates set by national and international regulatory authorities may not adequately protect public health, according to a new analysis published in the journal Environmental Health on Nov.15.

A group of chemicals widely used in the plastic industry to soften plastic products, phthalates are omnipresent in modern life. From rubber duckies to garden hoses to fast food burgers, phthalates can easily sneak into our bodies and disrupt our endocrine system by heisting hormone receptors — such as the estrogen receptors or the retinoic acid X receptors — and messing with gene expression switches.

Human and animal studies have linked phthalates to a wide range of health impacts, including birth and reproduction problems, impaired brain development, diabetes, and cancer.

“We know that the exposure [to phthalates] is quite broad,” Maricel Maffini, an independent public health consultant based in the U.S. and the lead author of the paper, told Environmental Health News. “We were trying to figure out whether the doses that regulators considered safe for people to be exposed to are still protective.”

The study was funded by Swiss conservation nonprofit, MAVA Foundation, and Food Packaging Forum, a Zurich-based science communication nonprofit focused on food packaging materials and their impacts on health.

To investigate the health impacts, the authors extracted data from 38 previously published papers where any of the five chemicals or their metabolites were shown to have a statistically significant association with a health outcome.

They then extrapolated the level for each phthalate linked to the adverse health effects and compared them with phthalates’ safe limits set by the European Chemicals Agency, which proposes phthalate regulations to the European Commission, and the U.S.

Consumer Protection Safety Commission, whose phthalate ban in the U.S. has only been limited to children’s toy or child care articles.

The researchers found for DBP, DIBP, and BBP, their estimated dose ranges significantly associated with any adverse health outcomes were all below the safe limits decided by the regulatory agencies.

While the lowest estimated intakes linked to a significant health outcome for DEHP, DBP, BBP and DIBP were 0.03, 0.19, 0.06 and 0.08 microgram per kilogram of body weight per day (μg/kg-bw/d), their limits were 35, 6.7, 500 and 8.3 (μg/kg-bw/d) respectively, representing up to an 8,000 times discord between empirical data and what regulatory bodies considered safe.

Currently, safe limits for phthalates are established by national or international regulatory agencies based on their effects shown through male reproductive health studies in animal models, according to this paper.

However, the authors of this study say that these regulatory decisions may not protect consumers from other human health effects, which may not be accounted for during decision-making and can occur below the safe limits.

“We should go back and take another look at whether the safety levels from a regulatory purpose are still safe,” Maffini added.

“I think it’s a really great study and very timely,” Lariah Edwards, an environmental health scientist who studies phthalates at the George Washington University but was not involved in this study, told Environmental Health News, alluding to the fact that the U.S. Environmental Protection Agency (EPA) is currently reviewing the health risk for phthalates before setting regulations.

All phthalates investigated in this study, except for DCHP, are also included in EPA’s phthalates current management plan.

The U.S. has yet to have comprehensive phthalate regulations on the national level. In 2017, the U.S. Consumer Product Safety Commission banned the use of eight phthalates in children’s toys and child care products.

However, these banned chemicals are not outlawed by the U.S. Food and Drug Administration in food packaging materials, allowing these harmful chemicals to make their way back to the consumers.

“It doesn’t really make sense,” Edwards said of the patchwork of the phthalates regulations in the U.S. “It is my hope that when phthalates are reevaluated by EPA, they will consider this wide body of rich human data when they’re trying to make these regulatory limits.”

Spark the conversation on phthalates

This study is not a systematic review of previous phthalate literature, which requires stricter protocols and methods. Another limitation is that although researchers tried to include as many publications as possible, the study could still have missed relevant papers, skewing the analysis.

Instead, “this paper is supposed to spark the conversation,” said Maffini. “There is human data of chemical exposures on phthalates that should be considered when it’s appropriate for regulatory purposes.”