In a new video, Russell Brand highlights a group of 26 UK journalists who joined forces to protest the “censorship” and “fear-mongering” on COVID that’s being peddled by the mainstream media and Big Tech. 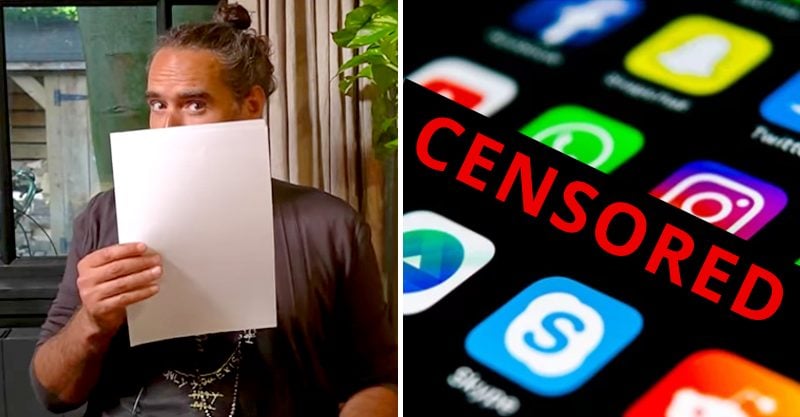 Do you think you’ve been told the whole truth about the pandemic? Do you think healthy debate and conversation are being encouraged — or stifled?

Russell Brand asks those questions and more in a new video blasting the mainstream media for censoring information on COVID.

Brand points to a group of 26 UK journalists who joined forces to protest the “censorship” and “fear-mongering” they say mainstream media and Big Tech have been peddling since the start of the pandemic.

The group, Holding the Line: Journalists Against COVID Censorship, criticized the media, according to Press Gazette, for not reporting on alternative COVID treatments, vaccine adverse reactions, the true cost of government lockdowns and a lack of scrutiny of PCR testing.

COVID news is being “censored” to create “one official narrative,” the journalists said. One of the group’s members, Tony Gosling, a former BBC radio journalist, told Press Gazette:

“Our main concern is that there’s a very powerful lobby behind many of these COVID measures, including treatment, lack of treatment and vaccines, obviously, but there isn’t much of a lobby in the other direction. And I think most of us feel that our employers of various sorts have not been representing both sides.”

“Stifling healthy conversation and debate” is not a solution, said Brand, who added:

“I’ve always been of the opinion we should be allowed to talk about things and express a variety of opinions. Nobody can claim, from a religious, political or any ideological perspective to have sole exclusive access to truth.”

The journalists said the media’s reporting on COVID in the UK and around the world is “unprecedented.”

“There’s only been one official narrative played out in the mainstream media and that has not changed over time.

“There’s only been one ‘scientific truth’ allowed to be discussed: the one endorsed by worldwide governmental regulatory bodies, even that has been very selective. This has given the public a distorted view of the truth which has been highly damaging.”