In his latest video, comedian and political commentator Russell Brand said if you want to regulate the pharmaceutical industry, “you stop trying to tell ordinary people that they're having a big victory when really you're just mugging them from a different direction.” 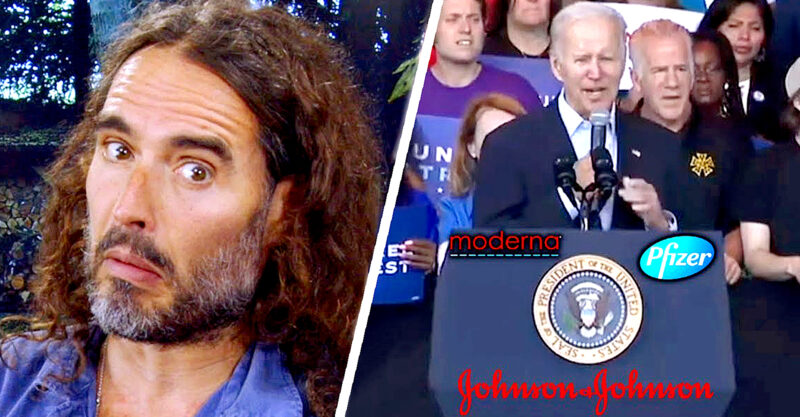 Russell Brand had some choice words for President Biden after Biden bragged that his administration “beat Big Pharma this year.”

In his latest video, the comedian and political commentator congratulated Biden for “doing nothing till 2025 … then ultimately probably doing not much, certainly nothing that will affect the pharmaceutical industry.”

Brand told viewers, “What they mean is ‘we now have the ability to regulate but we’re not going to do nothing until 2025, even then it’s only going to affect a small number of drugs.’”

Biden, who on Aug. 16 signed into law the Inflation Reduction Act of 2022, said, “It wasn’t easy taking on big drug companies, but we did. I’ve been fighting them since I got into Congress 180 years ago.”

Noting that Americans pay more for prescription drugs than in any other major country in the world, Biden said, “There’s no reason for it.”

“Well, there is a reason for it,” Brand said, “and the reason is this: The pharmaceutical industry funds the Democratic and the Republican parties.”

Brand pointed out Biden himself received $8,694,505 from the pharmaceuticals and health products industry in 2020 — making him by far the biggest recipient of pharma money that year.

According to the U.S. government’s own analysis, the pharmaceutical industry “should emerge mostly unscathed” from Biden’s drug-pricing legislation, Brand said.

‘If you’re introducing a law, why don’t you introduce a law that does its job?’

The Inflation Reduction Act allows Medicare to negotiate the prices for certain high-cost prescription drugs, but the negotiations will have a minimal effect on drug costs, the government analysis concluded.

That’s because most drugs — including any new drugs that may come to market such as a new vaccine, Brand noted — won’t be affected.

According to the White House, “Drugs become eligible for negotiation once they have been on the market for a fixed number of years: 9 years for small molecule drugs and 12 years for biologics. Medicare will negotiate up to 10 drugs per year during 2023, with those prices taking effect in 2025, increasing to up to 20 drugs per year.”

A team of Evercore ISI analysts who reviewed the drug-pricing deal wrote in November 2021 that the deal’s price caps at the rate of inflation “could incentivize drugmakers to inflate launch price,” so the final result is “not a bad outcome” for drugmakers.

Brand called Biden’s legislation “pipsqueak changes” that, in effect, do nothing to lower consumer drug prices.

“If you’re introducing a law,” Brand said, “why don’t you introduce a law that does its job?”

“Anything less than that is a lie and probably just a piece of propaganda to distract us from the fact that really they’re doing nothing that will impede the interests of the powerful.”

Brand laid out how the Biden administration could effectively regulate Big Pharma: