Fauci on Your Phone? New Law Could Lead to ‘Reminder’ Texts for Unvaccinated

In an op-ed, Ron Paul, former U.S. Senator and now founder and chairman of the Ron Paul Institute, argued giving every American a unique patient identifier would be the final step toward creating a system of government surveillance, and control, over our personal healthcare choices. 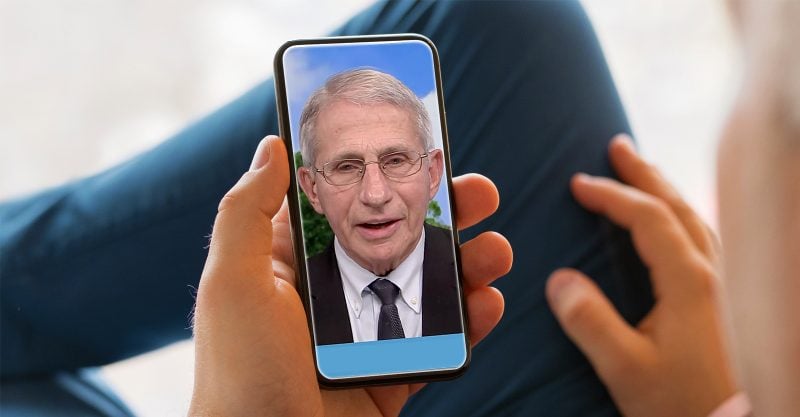 EDITOR’S NOTE: In the op-ed below, Ron Paul explains why he opposes the Immunization Infrastructure Modernization Act (HR 550), which would expand state and local health department vaccine-tracking systems to monitor the vaccination status of American citizens. States would provide the information to the federal government. Click here to tell your members of Congress why you oppose this bill.

If the Senate follows the House of Representatives lead and passes the Immunization Infrastructure Modernization Act (HR 550), Americans who do not get the recommended number of COVID vaccines can look forward to receiving a text like this:

“This is Dr. Anthony Fauci. According to government records you have not yet received your monthly COVID booster shot. Until you prove you are following vaccine protocols, your vaccine passport will be revoked, resulting in loss of your privilege to work, worship and visit your family.”

According to the bill’s chief sponsor, Rep. Ann Kuster (D-N.H.), HR 550 will “bolster and quicken our nationwide vaccine rollout” by “improv[ing] and expand[ing] information-sharing between state and federal governments, as well as public and private health care providers.”

According to a statement issued by Rep. Kuster, HR 550 will allow the government to “ … remind patients when they are due for a recommended vaccine.”

It goes without saying that this power will likely also enable the government to punish those who refuse to comply with vaccine mandates.

HR 550 accomplishes its goal by empowering federal bureaucrats to create national standards for databases containing vaccine records. State and local governments and private health care businesses will be bribed (with money taken from current and future taxpayers) to adopt the national standards.

Government “reminders” of when we are due for our shots will almost certainly be expanded to other medical procedures.

If the government can remind us of when we need COVID vaccines, why wouldn’t it then start reminding us to get regular physicals and teeth cleanings, refill our prescriptions and follow our doctors’ advice regarding diet and exercise?

The government could also use these records to deny care to people not following federal health care “recommendations.”

Those tempted to dismiss these concerns should consider that there are calls to deny medical treatment to the “unvaccinated.”

There have also been efforts to deny medical treatment to people who smoke or are obese.

Rationing is common in countries struggling with the burdens of socialized medicine. There is even an effort in the UK to deny healthcare to those who use racist or sexist language.

According to the most recent Medicare Trustees Report, the Medicare Hospital Insurance Trust Fund will be able to pay only 91% of its bills by 2026. When these shortfalls occur, Congress will likely raise taxes, cut benefits or do both.

Congress will try to rely on the Federal Reserve’s monetization of debt to raise taxes by stealth. But that can only go so far.

Eventually, the cost of Medicare, Medicaid, Obamacare and other programs will result in denial of medical care to those Fauci and his federally-funded cohorts deem unworthy.

The push for a centralized system to monitor every American’s vaccine status is being used to justify repealing the ban on using taxpayer dollars to develop a “unique patient identifier.”

Giving every American a unique patient identifier would be the final step toward creating a system of government surveillance, and control, over our personal healthcare choices.

If the government can monitor and control something as fundamental as our healthcare choices, then no part of our lives is off limits to the nanny state. All who value liberty should join the fight for health freedom.

Originally published by the Ron Paul Institute for Peace and Prosperity. 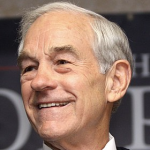 Ron Paul is an American author, activist, physician and retired politician. Paul is the chairman and founder of the Ron Paul Institute for Peace and Prosperity.