In an interview with Children’s Health Defense Chairman Robert F. Kennedy, Jr., on the “RFK Jr The Defender Podcast,” Chad Pregracke of Living Lands & Waters talks about removing garbage from America’s rivers, tree-planting and his longtime vision of restoring native prairies in his home state of Illinois. 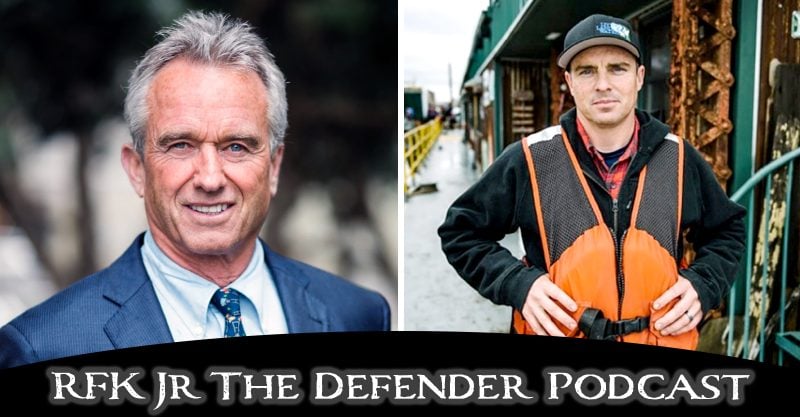 Through his nonprofit, Living Lands & Waters, Chad Pregracke and a team of 117,000 dedicated volunteers have removed 11 million pounds of garbage from America’s rivers.

Growing up in Moline, Illinois, Pregracke spent a lot of time outdoors swimming, fishing and hunting in and around the Mississippi River. His first job was working as a clam digger, where he spent up to 10 hours a day diving the depths of the Mississippi. It was this experience that solidified a lasting connection to the river.

Pregracke told Children’s Health Defense Chairman Robert F. Kennedy, Jr., on the “RFK Jr The Defender Podcast” about all the interesting things he’s found lying at the bottom of rivers, including an artillery shell shot during the Civil War, guns, grenades and plastic bags once filled with cash that were disposed of in the water after a bank robbery.

Living Lands & Waters has five barges, two towboats and six 30-foot work boats that can haul up to 5,000 pounds of trash. Once removed from the water, the nonprofit does its best to recycle as much of the garbage as possible, sorting it out into different categories of scrap metal, appliances, plastic, cans, bottles and more.

The organization also has an initiative, MillionTrees Project, through which it has planted nearly 1.5 million trees. Planting “trees is leaving a legacy,” said Pregracke. Trees will grow and create fruit for wildlife for generations to come, he said.

Listen to the full interview to hear Pregracke discuss his dream of introducing a small herd of Bison along the Mississippi as part of the nonprofit’s I-80 Restoration Project, the largest restoration project in Illinois history. The project seeks to restore the native prairie landscape which will benefit the local ecosystem and raise awareness about the endangered ecosystem.