Graduate Student Tells RFK, Jr. How She Took on Her School’s COVID Vaccine Policy — and Won

Cait Corrigan told RFK, Jr. on the “RFK Jr. The Defender Podcast” that she was threatened and harassed by her classmates, professor/academic advisor and the president of Earlham College when she pushed back against the school’s refusal to accept her religious belief exemption for the COVID vaccine. 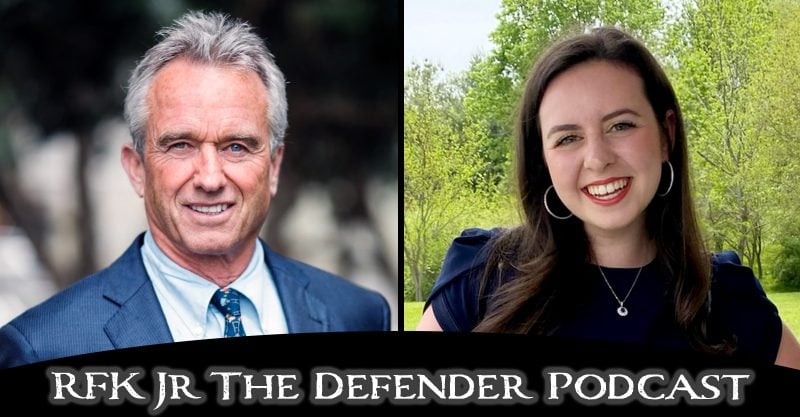 Cait Corrigan, a graduate student studying peace and social transformation at Earlham School of Religion in Indiana, single-handedly changed the policy at her school that required students to provide proof of a negative COVID test and proof of COVID vaccination in order to attend graduation.

In an interview with Children’s Health Defense Chairman Robert F. Kennedy, Jr., on the “RFK Jr. The Defender Podcast,” Corrigan said her college tried to reject her religious belief exemption for the COVID vaccine despite having used the exemption for her undergraduate and graduate degree programs.

Corrigan said she reminded her school that she’s protected under Indiana state law which allows college students to file religious belief exemptions for vaccines. When the school failed to reply to her email, Corrigan contacted her district senator who put her in touch with Indiana Attorney General Todd Rokita.

Rokita advised Corrigan to file complaints with the Indiana Commission for Higher Education (CHE) and the Indiana Civil Rights Commission — both of which conducted their own investigations, said Corrigan.

A month later Corrigan received a letter showing the school’s response to CHE which stated that Corrigan and her family were free to attend graduation without getting the COVID vaccine.

The very same day, Corrigan said Earlham updated its website to reflect that its COVID testing and proof of vaccination policy for graduation was no longer a requirement, but instead a recommendation.

Corrigan said she was harassed and threatened by some of her classmates, her professor who doubled as her academic advisor, and the president of Earlham College.

I was called an “anti-vaccine activist” who “dabbles in right-wing propaganda,” said Corrigan. She was also accused of being anti-Semitic, she said. The accusations were “completely insane,” said Corrigan.

Listen to the full interview to hear how Corrigan’s professor offered her money to not attend her graduation, as well as threatened to retract the letter of recommendation he wrote for her to continue her graduate degree at Boston University, where she’s accepted a full-paid scholarship.