Jim Corr of the Irish pop band The Corrs told RFK, Jr. that “once you start to question the church of vaccination, that's when the attacks really start.” 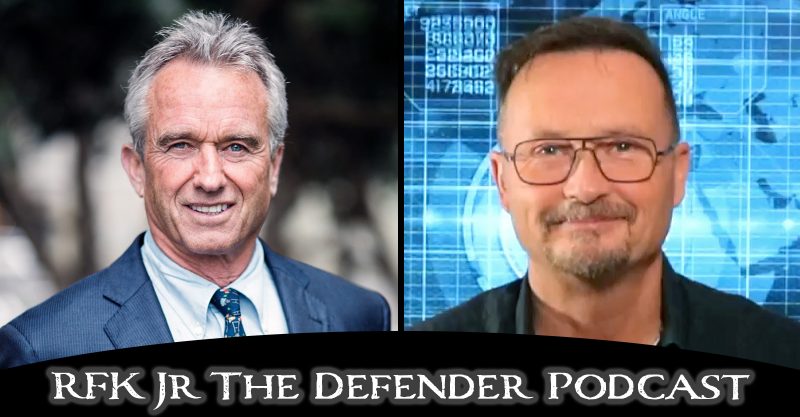 Jim Corr of the Irish pop band, The Corrs, is outspoken about the harm caused by vaccines — a choice he said has resulted in “phenomenal attacks” on his character.

In an interview with Children’s Health Defense Chairman Robert F. Kennedy, Jr., on the “RFK Jr. The Defender Podcast,” Corr said he first awoke to the reality of vaccine injury in 2009 after growing “increasingly distrustful and disillusioned” with the media.

Corrs said he educated himself about the dangers of vaccines through alternative media.

“I was getting my information from independent sources, particularly talk radio in the U.S.,” said Corrs. “I was becoming increasingly concerned with what I was learning about the Pandemrix vaccine, which was just about to come to market in Ireland.”

The Pandemrix vaccine was manufactured in 2009 by GlaxoSmithKline in Europe to protect against the H1N1 influenza. It was given to more than 30.5 million Europeans.

It was later revealed the vaccine did not undergo proper safety testing and was linked to chronic fatigue syndrome, narcolepsy and Guillain-Barre Syndrome.

We learned the “World Health Organization was accused of faking the pandemic in an effort to promote vaccine sales for Big Pharma,” Corr told Kennedy. “I realized that vaccine injury was not the rare phenomenon that I had believed it was.”

In September 2018, the British Medical Journal published a study that detailed how world governments conspired to mislead the public about Pandemrix’s safety.

According to the BMJ:

“Anticipating a severe influenza pandemic, governments around the world had made various logistical and legal arrangements to shorten the time between recognition of a pandemic virus and the production of a vaccine and administration of that vaccine in the population.

“In Europe, one element of those plans was an agreement to grant licences to pandemic vaccines based on data from pre-pandemic “mock-up” vaccines produced using a different virus (H5N1 influenza). Another element, adopted by countries such as Canada, the U.S., UK, France and Germany, was to provide vaccine manufacturers indemnity from liability for wrongdoing, thereby reducing the risk of a lawsuit stemming from vaccine related injury.”

Farrar, who is now director of the Wellcome Trust, was the first person Dr. Anthony Fauci called when he realized SARS-CoV-2’s lab origins were about to be exposed, Kennedy said.

“GlaxoSmithKline started the Wellcome Trust with a giant contribution of its stock,” said Kennedy. “It’s now the biggest pharmaceutical stock in the world and Farrar runs it. He’s the UK version of Bill Gates.”

After speaking out about the Pandemrix vaccine on national television, Corrs said he became the subject of a smear campaign.

“Once you start to question the church of vaccination, that’s when the attacks really start,” said Corrs.

All we can do is try to “educate people about the dangers of these vaccines,” he said.