Reporting on Youth Suicide — What Happens When Journalists Get It Wrong?

Reporting on youth suicide is an ethically complicated, high-stakes endeavor that, if done irresponsibly, can contribute to the spread of suicidal behavior. 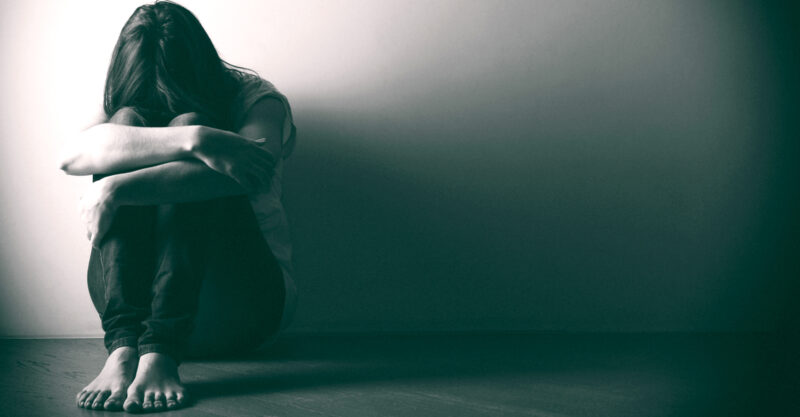 In April, The New Yorker published a searching feature story about child suicide. It told the story of a 12-year-old boy, describing how he evaded adult supervision and other safeguards to take his own life, and conveying in graphic detail the condition of the boy’s body after his death. The piece was lauded by Nieman Storyboard as “powerful” and “riveting.”

The article is part of a string of recent coverage that has grappled with the worrisome rise in youth suicides in the U.S., seeking to answer the heartbreaking question: What convinces a child or teenager that the future holds no promise?

Stories in The New York Times, The Wall Street Journal and other outlets have painted portraits of children in dire emotional and psychological pain who died by suicide, survived their attempts or contemplated death.

On one hand, the publications are to be applauded for taking an unflinching look at a crisis that isn’t abating, and that appears to be worsening for non-White, non-Hispanic groups.

Reporting that looks at the many risk factors for suicidal feelings and behavior, and the difficulty of accessing effective treatment, can point to system failures and potential solutions.

It can help those who’ve struggled with suicidal thoughts — and their loved ones — feel less alone.

But reporting on suicide is an ethically complicated, high-stakes endeavor that, if done irresponsibly, can contribute to the spread of suicidal behavior.

So it’s worth asking: Are these stories getting it right?

Leaders in the suicide prevention field have long discussed how to best report on these deaths. Many of the best practices that emerged from those discussions appear in “Recommendations for Media Reporting on Suicide,” a set of guidelines informed by researchers and journalists, which was released in 2011.

The American Association of Suicidology released similar guidelines in 2019, developed with Nationwide Children’s Hospital, the Ohio Department of Mental Health and Addiction Services, and the E.W. Scripps School of Journalism at Ohio University.

Other guides have focused on the UK, such as the Suicide Reporting Toolkit and the Samaritans’ Media Guidelines for Reporting Suicide.

Although the details of these reporting guides vary, they echo a shared set of general principles: Journalists should omit information about the method and location, guard against sensationalistic language and framing, refrain from glorifying or romanticizing the death and avoid suggesting that the death served a purpose or function.

The idea is that if readers who are already at high risk identify closely with the subject of a suicide story or the method of death, they may be more prone to act on suicidal thoughts themselves.

Yet many recent stories on youth suicide have flouted the recommendations of suicide reporting guides. The New Yorker piece committed a litany of mistakes: It included sensationalist details about the child’s behavior and mental health, information about how he carried out the act and a macabre description of his death.

The New York Times story included information about the materials teens used to harm themselves and excerpted a suicide note.

The Wall Street Journal opened its piece by describing a 10-year-old girl’s suicide as inexplicable — which experts believe may inadvertently suggest that suicide is random and impossible to prevent — and later describes the method of the child’s death. While the piece also offers a compassionate depiction of suicidal thinking amongst youth, its missteps may have unintended consequences.

The suicide reporting guidelines warn against exactly the thing that we journalists are traditionally trained to do, which is to dramatize the human experience in unforgettable ways, particularly by relying on evocative details.

I can sympathize with the journalists who wrote these stories because in the past I’ve committed some of the same sins myself. In 2013, before I first encountered the suicide reporting guidelines, I wrote a feature about a young Marine who had killed himself. I described in detail the firearm he’d used because it had special significance to his father. I also described the moment of his death.

At the time, I believed those narrative tactics were in service of what I’d learned about using reporting and craft to draw attention to an important problem.

And that speaks to a fundamental tension faced by journalists who report on suicide: The suicide reporting guidelines warn against exactly the thing that we journalists are traditionally trained to do, which is to dramatize the human experience in unforgettable ways, particularly by relying on evocative details. This kind of storytelling wins journalists acclaim and awards.

But decades of research suggest that, on matters of suicide, visceral, evocative storytelling can do more harm than good. Many of the early studies on this topic suggested graphic reporting could lead to increased suicide deaths, and while causation remains difficult to prove, the science has matured substantially in recent years and demonstrated a clear link.

A preponderance of studies now supports the existence of a phenomenon known as the Werther effect, in which a highly publicized suicide, when covered irresponsibly, correlates with a spike in imitative suicides.

Reporting on suicide is an ethically complicated, high-stakes endeavor that, if done irresponsibly, can contribute to the spread of suicidal behavior.

This connection is abundantly clear in recent studies that have used time-series analyses, search engine data and other techniques to examine contagion following celebrity suicide deaths.

A systemic review and meta-analysis of such research, published in The BMJ in 2020, found that the risk of suicide increased by 13% in the weeks after a celebrity suicide. When news outlets reported on the method of suicide, there was a 30% increase in deaths by the same technique.

The researchers found that general coverage of suicide unrelated to celebrity deaths did not seem to affect suicide rates, but they noted that this result was based on a small number of studies. None of the research took into account whether the reporting followed guidelines to reduce contagion. If high- and low-quality coverage were lumped together, it could have distorted the negative effects of certain types of reporting.

A 2021 literature review of more than 100 research papers suggests the Werther effect is “causal and real,” and that younger people, in particular, maybe most vulnerable to suicidal contagion.

Research indicates that between 1% and 5% of teen and young adult suicide deaths happen in clusters, likely as a result of contagion. (Some studies suggest that certain types of storytelling can have a protective effect against suicide, known as the Papageno effect, but that research area is still new.)

As a journalist who’s reported on suicide for more than a decade, I believe sensitive, responsible coverage of the topic is a public service. And while stories that center on graphic or surprising narratives may pull at the heartstrings, there are other, perhaps more constructive ways to tell these stories.

For instance, John Ackerman, a clinical psychologist at Nationwide Children’s Hospital and a lead author of the American Association of Suicidology’s reporting guidelines, suggests that media could highlight effective evidence-based programs, and focus more on prevention and intervention strategies, on issues of accessing expert care prior to a crisis and on efforts to identify at-risk populations, as this recent piece from The St. Louis Post-Dispatch did.

Journalists also can and must spotlight young people who have survived suicidal thoughts or attempts, like this Toronto Star article did beautifully in 2011. These efforts needn’t only focus on individual resilience; they can explore holistically what it means to master crisis.

Such coverage might explore ways individuals can draw on internal and external resources while noting the complex role played by structural factors like systemic racism and healthcare access.

Dan Reidenberg, lead author of the Recommendations for Media Reporting on Suicide guidelines and executive director of the suicide prevention nonprofit Suicide Awareness Voices of Education, said that when he trains journalists, he asks them: “If you knew your story was going to impact and result in one other death — one other death — would that change your behavior?”

Young people who are so distressed as to contemplate suicide think there’s no hope, Reidenberg said.

“We have to help people understand that you can actually get through that crisis,” said Reidenberg. 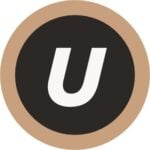