Leaked documents show that some early commercial batches of Pfizer-BioNTech’s COVID-19 vaccine had lower than expected levels of intact mRNA, prompting wider questions about how to assess this novel vaccine platform. 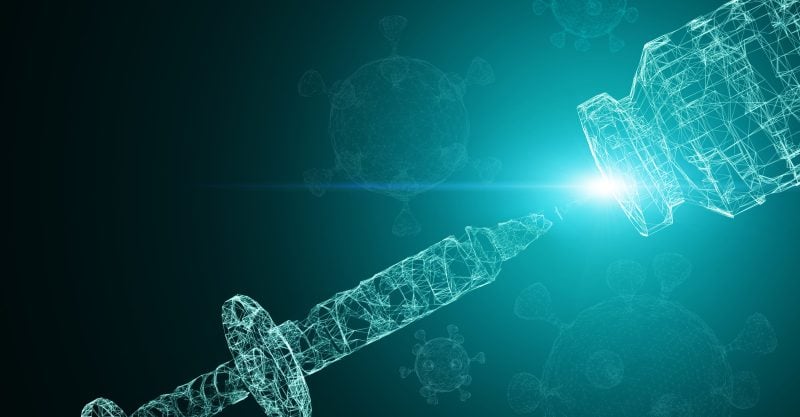 As it conducted its analysis of the Pfizer-BioNTech COVID-19 vaccine in December, the European Medicines Agency (EMA) was the victim of a cyberattack. More than 40 megabytes of classified information from the agency’s review were published on the dark web, and several journalists — including from The BMJ — and academics worldwide were sent copies of the leaks. They came from anonymous email accounts and most efforts to interact with the senders were unsuccessful. None of the senders revealed their identity, and the EMA says it is pursuing a criminal investigation.

The BMJ has reviewed the documents, which show that regulators had major concerns over unexpectedly low quantities of intact mRNA in batches of the vaccine developed for commercial production.

EMA scientists tasked with ensuring manufacturing quality — the chemistry, manufacturing and control aspects of Pfizer’s submission to the EMA — worried about “truncated and modified mRNA species present in the finished product.” Among the many files leaked to The BMJ, an email dated Nov. 23 by a high ranking EMA official outlined a raft of issues. In short, commercial manufacturing was not producing vaccines to the specifications expected, and regulators were unsure of the implications. EMA responded by filing two “major objections” with Pfizer, along with a host of other questions it wanted addressed.

The email identified “a significant difference in % RNA integrity/truncated species” between the clinical batches and proposed commercial batches — from around 78% to 55%. The root cause was unknown and the impact of this loss of RNA integrity on safety and efficacy of the vaccine was “yet to be defined,” the email said.

Ultimately, on Dec. 21, EMA authorized Pfizer-BioNTech’s vaccine. The agency’s public assessment report, a technical document published on its website, noted, “the quality of this medicinal product, submitted in the emergency context of the current (COVID-19) pandemic, is considered to be sufficiently consistent and acceptable.

It’s unclear how the agency’s concerns were satisfied. According to one of the leaked emails dated Nov. 25, positive news had come from an undisclosed source in the US: “The latest lots indicate that % intact RNA are back at around 70 – 75%, which leaves us cautiously optimistic that additional data could address the issue,” the email said.

It’s also unclear whether the events in November constitute a near miss in the commercial manufacturing of mRNA vaccines.

EMA says the leaked information was partially doctored, explaining in a statement that “whilst individual emails are authentic, data from different users were selected and aggregated, screenshots from multiple folders and mailboxes have been created, and additional titles were added by the perpetrators.”

But the documents offer the broader medical community a chance to reflect on the complexities of quality assurance for novel mRNA vaccines, which include everything from the quantification and integrity of mRNA and carrier lipids to measuring the distribution of particle sizes and encapsulation efficiency. Of particular concern is RNA instability, one of the most important variables relevant to all mRNA vaccines that has thus far received scant attention in the clinical community. It is an issue relevant not just to Pfizer-BioNTech’s vaccine but also to those produced by Moderna, CureVac, and others as well as a “second generation” mRNA vaccine being pursued by Imperial College London.

RNA instability is one of the biggest hurdles for researchers developing nucleic acid based vaccines. It is the primary reason for the technology’s stringent cold chain requirements and has been addressed by encapsulating the mRNA in lipid nanoparticles (below).

“The complete, intact mRNA molecule is essential to its potency as a vaccine,” professor of biopharmaceutics Daan J.A. Crommelin and colleagues wrote in a review article in The Journal of Pharmaceutical Sciences late last year. “Even a minor degradation reaction, anywhere along a mRNA strand, can severely slow or stop proper translation performance of that strand and thus result in the incomplete expression of the target antigen.”

Crommelin and colleagues note that specific regulatory guidance for mRNA based vaccines has yet to be developed, and The BMJ’s attempts to clarify current standards were unsuccessful.

The BMJ asked Pfizer, Moderna, and CureVac, as well as several regulators, what percentage mRNA integrity they consider acceptable for vaccines against COVID-19. None offered any specifics.

The Medicines and Healthcare products Regulatory Agency, the UK’s medicines regulator, acknowledged the lack of a specified percentage RNA integrity, but declined to provide further detail. “The specification limit acceptance criteria are commercially confidential,” the agency said in an email.

The U.S. Food and Drug Administration (FDA) directed The BMJ to read its guidance documents and its review of Pfizer’s vaccine but none of these specify the percentage RNA the agency is requiring. Asked to comment, the regulator pointed to Pfizer: “information that you seek that is not addressed in the FDA Review Memorandum should be directed to Pfizer.”

In subsequent correspondence, FDA, EMA, and Canadian government department Health Canada all stated that specific information related to the acceptability criteria is confidential.

EMA did acknowledge, however, that vaccine efficacy depends on the presence of suitable amounts of intact mRNA. In the case of the commercial batches that first raised alarm bells, the agency told The BMJ that the levels of truncated mRNA “and the amounts of a potential protein produced by the truncated mRNA would be too low to constitute a safety risk.” EMA did not comment on how truncated mRNA might affect efficacy. The issue was satisfactorily addressed, the agency underlined, when further information was supplied by the manufacturer.

Health Canada told The BMJ that Pfizer had conducted investigations into the root cause of reduced integrity in the commercial vaccine batches, and “changes were made in their processes to ensure that the integrity was improved and brought in line with what was seen for clinical trial batches.” Health Canada said the three agencies subsequently determined that “there was no concern with the RNA integrity or any other product specifications.”

Correspondence in the leaked documents suggests that FDA, Health Canada, and EMA were aligned on clinically qualified specifications of percentage mRNA integrity. Health Canada has confirmed to The BMJ that regulators “have worked together to align those requirements,” but all agencies declined to share with The BMJ any specifics on grounds that such information was commercially sensitive.

“Each batch of vaccines is tested by the official medicinal control laboratory — the Paul Ehrlich Institute in Germany — before final product release. As a result, the quality of all vaccine doses that are placed on the market in Europe has been double tested to ensure compliance with the specifications agreed upon with the regulatory authorities.”

Moderna’s chief corporate affairs officer Ray Jordan declined to respond to any of The BMJ’s questions, stating: “At this point, Moderna will not be offering additional commentary on these topics.”

CureVac, whose mRNA vaccine was submitted for EMA’s “rolling review” in February, told The BMJ that “it is too soon to give details.”

The shortage of information may reflect the lack of certainty, even among regulators, about how to assess the evidence fully for this novel technology. Professor Crommelin told The BMJ that,

But for mRNA vaccines? “Experience with mRNA integrity is limited.”

Lipid nanoparticles — where do they go and what do they do?

Conceived three decades ago, RNA based therapeutics have long inspired imaginations for their theoretical potential to transform cells of the body into “an on-demand drug factory.” But despite heavy investment by the biotech industry, bench-to-bedside translation was constantly hindered by the fragility of mRNA.

Over the years, researchers attempted to resolve intrinsic instability by encapsulating mRNA in nanocarriers made of polymers, lipids, or inorganic materials. Lipid nanoparticles (LNPs) were chosen by Moderna, Pfizer-BioNTech, CureVac, and Imperial College London for their COVID-19 vaccines. This has attracted the attention of specialists in the field of pharmaceutical biotechnology, some of whom have raised concerns about further unknowns.

In a rapid response posted on bmj.com, JW Ulm, a gene therapy specialist who has published on tissue targeting of therapeutic vectors, raised concerns about the biodistribution of LNPs: “At present, relatively little has been reported on the tissue localization of the LNPs used to encase the SARS-CoV-2 spike protein-encoding messenger RNA, and it is vital to have more specific information on precisely where the liposomal nanoparticles are going after injection.”

It is an unknown that Ulm worries could have implications for vaccine safety.

Ulm told The BMJ: “Pfizer-BioNTech and Moderna did a remarkable job of rapidly scaling up manufacturing of such a novel system in swift fashion, which is genuinely a landmark technological achievement. However, pharmacokinetic studies, with independent laboratory confirmation, are essential to ascertain potential cytotoxicity and macroscopic toxicity, especially given the likelihood of booster injections over months or years, since the tissue trafficking patterns of the mRNA vaccine payload will determine which cells and tissues are killed by cytotoxic T-cells in each round.” Given the variation in LNP formulations, it is unclear how relevant previous animal experiments are to answering this question.

Regulators and manufacturers contacted by The BMJ for this article did not wish to address any of the questions raised by Ulm’s rapid response.

Originally published by The BMJ March 10, 2020, written by Serena Tinari, reproduced here under the terms of the CC BY NC licence.