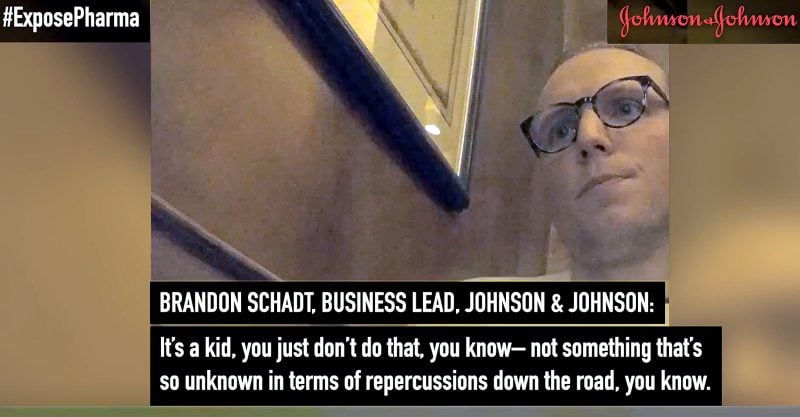 Project Veritas released the third video of its COVID vaccine investigative series Monday exposing two Johnson & Johnson (J&J) officials who argue children do not need to take the COVID vaccine, in part because of the potential long-term side effects.

One of the exposed J&J employees, a scientist by the name of Justin Durrant, laughs about inconveniencing unvaccinated adults if they refuse to comply with mandates being imposed upon them:

“Justin Durrant, J&J scientist: Inconvenience [the unvaccinated] to the point where it’s like, ‘I might as well just f*cking do it [and take the COVID vaccine],’ you know what I’m saying? Like ‘I can’t go out of state,’ I can’t – ‘my grandma’s in Canada and I can’t visit her,’ you know what I’m saying? You can’t go to France unless you’re vaccinated — you know you’ve just got to keep doing things like that where you’re almost like a second-grade citizen if you’re not vaccinated, but I know that’s awful.

Veritas journalist: So then how do we punish [the unvaccinated]?

Durrant:  I mean if you can’t work, I feel like that’s punishment enough.

Durrant: Only way people really act and comply is if it affects their pockets, like if you’re working for a big company and you’re going to lose your job, best believe you’ll be the first one in line [to take the COVID vaccine].

Veritas journalist: Right, so if you’re working for a big company and you’re about to lose your job, you’ll be the first one in line?

Veritas journalist: That’s so true. That’s smart, that’s what we need to do.

Durrant said he does not recommend taking his own company’s vaccine. He asked the Veritas journalist to keep that information private.

“Don’t get the Johnson & Johnson [COVID vaccine], I didn’t tell you though,” he said.

Both Durrant and Brandon Schadt, J&J’s regional business lead, said that applying the COVID vaccine on children would not move the needle in the battle against the pandemic.

“It wouldn’t make that much of a difference” if children are unvaccinated for COVID, Durrant said.

“It’s a kid, you just don’t do that, you know? Not something that’s so unknown in terms of repercussions down the road, you know?” Schadt said.

“J&J is like stepping in the best smelling pile of sh*t you could step in,” he said. 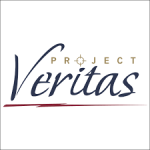 Project Veritas was established in 2011, by James O’Keefe as a non-profit journalism enterprise to continue his undercover reporting work.