Adolescents with higher levels of ozone exposure were more likely to have an increase in depressive symptoms over a four-year period, one study found, adding to a growing body of research on the link between air pollution and mental health. 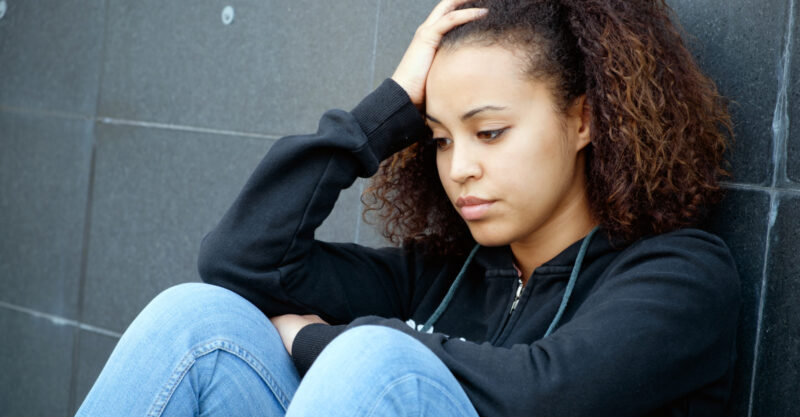 Ozone, a common air pollutant, could be one of the causes behind depressive symptoms in adolescents, according to a new study.

The pollutant could have especially profound effects on mental health during the onset of puberty, raising concerns about youth exposure to the chemical.

Researchers at the University of Denver and Stanford University found evidence that exposure to ozone in adolescence is linked to depressive symptoms, such as feeling sad or tearful, withdrawing socially and losing interest or pleasure in activities.

The researchers followed the mental health symptoms of 213 adolescents (nine to 13 years old) living in communities with various levels of ozone exposure and determined that those adolescents with higher levels of exposure were more likely to have an increase in depressive symptoms over a four-year period.

The study is important as depressive symptoms among youth have become more common in the past two decades, especially among girls.

The COVID-19 pandemic and its related challenges have also increased rates of depressive symptoms among adolescents — globally, the prevalence of depression and anxiety symptoms in children and adolescents has doubled since pre-pandemic estimates.

In recent years evidence has accumulated that air pollution, and ozone in particular, can cause adverse mental health effects, lead author and professor of psychology at the University of Denver, Erika Manczak, said.

For example, hospitals in cities with high levels of ozone pollution prescribe more antidepressants than other hospitals, according to past research.

Last year Environmental Health News reported on the growing link between air pollution and mental health, highlighting the anxiety that comes from dealing with air pollution-related health problems, as well as the increased risk of diagnoses like schizophrenia, bipolar disorder and major depression for people living under poor air quality conditions.

This new study, published by the American Psychological Association, provides the first data on individual mental health, rather than community trends.

Ozone is a chemical by-product released when other air pollutants that come from combustion sources, like car exhaust and manufacturing, are exposed to sunlight.

Three of every eight Americans live in counties with ozone levels rated “F” by the American Lung Association — meaning these places experience an unusually high number of unhealthy air days. Cities in the West and Southwest record the highest levels of ozone pollution.

Researchers are still trying to determine how ozone, in particular, spurs depressive symptoms.

However, inflammation — a well-documented cause of adverse mental health symptoms — is a likely culprit: When people breathe in ozone, it can disrupt certain cellular processes and lead to changes in the brain that cause inflammation.

Beyond mental health issues, ozone pollution has been linked to other human health problems, such as increased susceptibility to respiratory viruses, asthma and premature death.

Because the sources of air pollution are disproportionately located in lower-income neighborhoods and communities of color, ameliorating air pollution is an issue of environmental justice.

For example, said Manczak, a community near a freeway might be at a higher risk of ozone-related mental health issues than a community with less exposure to car exhaust.

Such communities, referred to as environmental justice communities, are often at risk of other stressors that can lead to mental health issues, like poverty, noise pollution and difficulty accessing goods and services.

Ozone is yet another burden. “Air pollution is one additional contributor to mental health disparities,” Manczak told Environmental Health News.

The results also point to the possibility of a “sensitive period” of adolescent development, when a pre-teen or teenager might be more susceptible to mental health changes from air pollution.

The researchers did not see as strong of a correlation between ozone exposure and mental health until the onset of puberty.

“Adolescence … might be a time of greater vulnerability,” Manczak said.

Because ozone is invisible, unlike smoke or other types of particulate air pollution, it’s difficult to encourage behavioral changes in response.

However, ozone is not entirely unpredictable: Ozone pollution is more prevalent during the summer months, or when wind is low and air is not circulating through an area.

Additionally, making small changes, like checking the air quality on a weather app before heading outside, can be an important way to manage exposure, said Manczak.

“Getting people to pay attention to those things does make a big difference,” she said.

The study, said Manczak, “potentially highlights that even fairly low exposures might be increasing risk, and doing so on a faster time frame than what we tend to think about.” 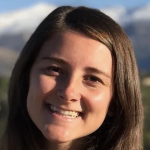