In the Northern Great Plains, a Search for Ways to Protect Drinking Water From Fossil Fuel Industry Pollution

North Dakota’s water supplies are at risk from contaminants from fracking wastewater, but residents are fighting back. 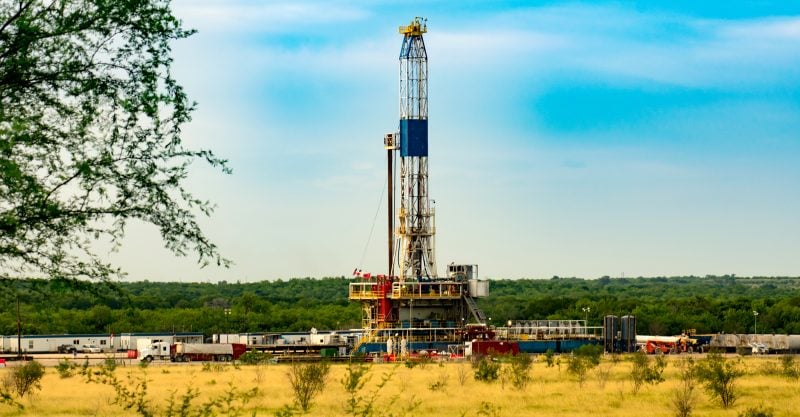 Editor’s note: This story is part of a nine-month investigation of drinking water contamination across the U.S. The series is supported by funding from the Park Foundation and Water Foundation. Read the launch story, “Thirsting for Solutions,” here.

Lisa Finley-DeVille started drinking bottled water around the same time her friend’s horses began to get sick and die. A half decade ago on the Fort Berthold Reservation in western North Dakota, Deville drove up to see her friend in the New Town area. The horses looked dehydrated and brittle, just skin and bones. They’re eating, but it’s like they’re not eating, her friend told her.

It was down the hill, at the pond the horses drank from, where the answer lurked. She believes wastewater from nearby oil and gas production leaked there, where the horses drank it up, poisoned. “I’m always worried,” Finley-Deville says. “This is why we don’t drink the water.”

Finley-DeVille is a member of the Mandan, Hidatsa, and Arikara Nation, known as the Three Affiliated Tribes in Fort Berthold. Just a half mile (800 meters) from her house, in the town of Mandaree, oil and gas are produced by hydraulic fracturing (fracking), an increasingly popular approach to fossil fuel extraction that involves injecting pressurized water, sand, and chemicals into the Earth to release the gas or oil within.

Legal loopholes that exempt fracking from elements of the Safe Drinking Water Act and EPA hazardous waste laws are endangering surrounding communities, and putting drinking water at risk of contamination. Now, national, state, and local grassroots efforts, some led by Finley-DeVille, are calling for change.

The Fort Berthold Reservation, along with the Standing Rock Sioux Reservation to the south, blister with oil underneath. The two areas sit within the prolific Williston Basin, a large rock unit stretched across North Dakota, South Dakota, Montana, and regions of Canada. From the first discovery of a natural gas well in the state in 1892 to today, western North Dakota has been home to the fossil fuel industry for more than a century. As of 2020, the state is the second largest crude oil producer in the United States (after Texas) and accounts for 2% of the nation’s natural gas reserves.

Thanks largely to fracking technology, oil production in North Dakota increased fourfold since 2010, with the state producing an unprecedented 45 million barrels in 2019. Although a collapse in oil demand in 2020 curbed the boom, fracking has left its mark.

Wastewater — a combination of “flowback,” a portion of the water used to fracture the rock to release fossil fuels that flows back to the surface, and naturally occurring “produced” water that the fracking process forces to the surface — is still ever present.

According to a report published by the nonprofit environmental organization Earthworks, fracking produced 19 billion gallons of wastewater in North Dakota in 2018 alone.

The risk to drinking water comes in two major ways. First, water used in the hydraulic drilling process can leak into aquifers and other groundwater supplies. Second, the wastewater that fracking produces can contaminate supplies when waste leaks from landfills that accept oil remains, when waste spill from trucks or pipelines moving it, when equipment fails, or when it leaks from unlined disposal pits.

Both flowback and produced water may contain heavy metals such as barium and lead, hydrocarbons, naturally occurring radioactive material (NORM), and incredibly high levels of salinity. Flowback and produced wastewater can also include chemical additive formulas, with volatile organic compounds (VOCs) like benzene, ethylene glycol, methanol, and toluene. Between 2005 and 2013, the EPA identified 1,084 different chemicals reported in fracking formulas.

In North Dakota, wastewater is normally disposed of in storage pits or underground disposal wells, taken to treating plants that process the waste, or in some cases spread on roads as a de-icer. But sometimes, whether in transportation or equipment malfunction, the wastewater can spill into the environment, contaminating the land and water around and beneath it.

A pipeline rupture in 2014 spilled a million gallons of wastewater on the Fort Berthold Reservation and contaminated Bear Den Bay in Lake Sakakawea, a quarter mile from where the town of Mandaree draws its drinking water. Bill Suess, the program manager for spill investigation at the North Dakota Department of Environmental Quality, says his team checked the intake system and didn’t find any elevated levels of contaminants, likely due to the amount of freshwater in the lake.

Avner Vengosh, a professor of earth and ocean sciences at Duke University, led a study in 2016 that found elevated levels of fracking-related contaminants in North Dakota at sites including Bear Den Bay. The researchers detected high levels of salts, ammonium, selenium, lead, and other toxics as well as radium, a naturally occurring radioactive element found in wastewater as many as four years after original spills. The team checked the Mandaree water intake as well, says Vengosh, but did not find any elevated levels.

“There’s a large amount of the waste from the different parts of the oil and gas cycle,” says Amy Mall, a senior advocate at NRDC and consultant on the Earthworks report. “The waste can be very toxic and it also can leak or spill or otherwise get into the environment. So there are concerns about how the waste is regulated, whether it’s being regulated in a way that is adequately protective to human health.”

One concern is an exemption from the Safe Drinking Water Act, known as the Halliburton loophole, that exempts industry from having to disclose the chemicals it uses in fracking and prevented the EPA from regulating fracking fluids. The loophole was established in an energy bill passed by the Bush/Cheney administration in 2005 and has been in effect ever since.

“The purpose of the [Safe Drinking Water Act] is to protect our drinking water, and the industry that is pumping toxic chemicals, carcinogenic chemicals, underground doesn’t even have to tell us what those are,” says Melissa Troutman, research and policy analyst for Earthworks.

The oil and gas industry is also exempt from federal EPA hazardous waste regulations and Superfund regulations, which exclude waste associated with the exploration, development, and production of crude oil and natural gas. Drilling fluids, produced water, and other waste are not disposed of as hazardous and are exempt from the hazardous cleanup process when it comes to spills or leaks. The industry has been exempt from these regulations since the 1970s, when the EPA temporarily proposed that oil and gas waste was not hazardous. This ruling became permanent in 1988 when the EPA determined the cost of treating the waste would slow production.

The organization FracTracker Alliance calculated hundreds of brine and crude oil spills throughout the region. More recently, a 34,000-gallon wastewater pipeline spilled north of New Town in June this year and two pipeline spills deposited 21,000 gallons of wastewater into a Missouri River tributary in 2019. According to the North Dakota government’s spill database, more than 400 wastewater spills were reported in 2018.

Several portions of North Dakota’s sandstone aquifers are exempt from the Safe Drinking Water Act. The EPA has determined the portions do not currently serve as a source of water and will not serve as one in the future, allowing the oil and gas industry to use the aquifer for extraction and disposal of waste. There are three aquifer exceptions in the Fort Berthold Reservation, according to the EPA Underground Injection Control Program, all used for produced water disposal. Once used, that portion of the aquifer can never be used for drinking water in the future if needed.

For Finley-DeVille, solving fracking and wastewater comes down to these regulations. She is co-founder and treasurer of the Fort Berthold Protectors of Water and Earth Rights, or POWER— an organization formed in 2015 to reduce the impacts of the oil boom in her community. Since its start, she and her husband, Walter DeVille, have worked with the nonprofit environmental organization Dakota Resource Council and Earthworks, among others, to campaign for more regulations and more information on what contaminants are involved in fracking.

“There’s a right way to do this,” Finley-DeVille says. “It’s creating those laws and environmental justice and enforcing it … making sure [industry] is held accountable and responsible.”

Fort Berthold POWER sued the Bureau of Land Management in 2018 after the agency rolled back the methane waste prevention rule, which is meant to reduce venting, flaring, and leaking from oil and gas operations. Members of the Fort Berthold POWER also went to speak in Washington D.C., where they presented infrared images of harmful methane emissions from well pads – a spot where multiple wells are drilled – within their community. This rollback was struck down in 2020.

Currently, the organization is fighting the recent rollbacks of the National Environmental Policy Act (NEPA), a 50-year-old law requires federal agencies to evaluate the environmental impacts of their actions, such as permit applications or land and water management. The new rollbacks limit this review and community input. President-elect Joe Biden has vowed to reverse these rollbacks.

“NEPA is very important and significant,” Finley-DeVille says. “Everything that’s under NEPA protects us as [Indigenous and Native] peoples, that protects our gravesites, our historical and traditional cultural sites, it protects our water … all that’s in danger now.”

Troutman of Earthworks says the regulatory loopholes must be closed to prevent further spilling, clean up current spills, and address drinking water contamination. This past summer, New York became the first state to close the hazardous-waste loophole, meaning that oil and gas waste will now be treated as other hazards. Pennsylvania and New Mexico are looking to do the same.

While North Dakota has not closed these regulatory gaps, local efforts such as DeVille’s work have picked up steam. Just this month, Williams County, northwest of the Fort Berthold Reservation, extended a yearlong moratorium on a proposed landfill for radioactive oilfield waste by six months, with the county board of commissioners citing a desire to consider options for regulations and restrictions first.

Finley-DeVille, for her part, recently took an even bigger step toward change as well, running for state senate in November. Though she didn’t win, she is working with the Native American Caucus now to get specific representation for the reservation at the North Dakota senate and the house. The quest for clean land, air, and water is far from over. “That’s the reason I do what I do,” she says.