Allan Shelton, a 34-year-old resident of Kansas City, Missouri, who has non-Hodgkin lymphoma, alleges Monsanto knew of scientific research showing its Roundup weedkiller could cause cancer but suppressed the information and failed to warn consumers. 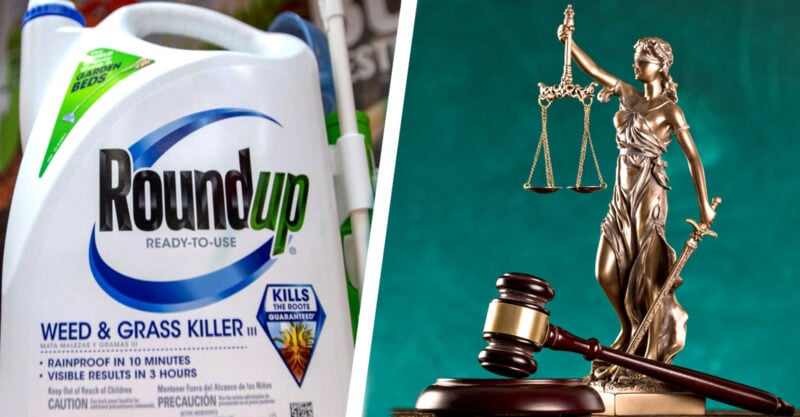 Allan Shelton, a lifelong resident of Kansas City, Missouri., was diagnosed with NHL in May 2016, a little more than a year after international cancer scientists affiliated with the World Health Organization classified the active ingredient in Roundup, a chemical called glyphosate, as a probable human carcinogen.

Shelton’s lawsuit against Monsanto mirrors tens of thousands of other U.S. lawsuits filed since the 2015 classification by the International Agency for Research on Cancer (IARC).

His lawyers allege Monsanto knew of scientific research showing its product could cause cancer but failed to warn consumers, instead working to suppress and manipulate information about Roundup dangers.

Monsanto knew there would be a “day of reckoning,” but was undeterred, Shelton lawyer Roe Frazer told the jury in opening statements. “Their sole motive was money, and lots of it.”

Shelton, a slender African-American man, watched as Frazer told jurors that Shelton began spraying Roundup at the age of 10 and sprayed regularly at home and at work throughout his youth.

Since being diagnosed with NHL, Shelton has required hundreds of medical treatments and has been hospitalized multiple times, as recently as last week. He is so ill that he requires the regular care of his parents, Frazer said.

Frazer told jurors they will learn about a host of scientific evidence tying Monsanto’s herbicide products to cancer and, Monsanto’s efforts to promote and encourage widespread use of glyphosate while ignoring the risks to its customers.

“The proof is going to show that glyphosate is everywhere,” Frazer told the jury. “It’s not just on the plants you’re spraying. It ends up on your skin if you’re spraying it. If it is a windy day it may end up in your lungs. It ends up in the food supply of the United States. It ends up in soil. It ends up in places that nobody wants it to end up in. It should not be in Honey Nut Cheerios. All this was foreseeable to Monsanto when they made this product.”

Prior to opening statements, before the jury was brought into the courtroom, a Monsanto lawyer asked the judge to bar Shelton’s attorneys from talking to jurors about genetically engineered crops that are designed to tolerate being sprayed with glyphosate, and farming practices that result in glyphosate residues in food.

GMOs are a “trigger issue,” according to the defense lawyer, and the topic could be “incredibly prejudicial” because it implies jurors and their families may be harmed by Monsanto through the food they consume.

Monsanto, which was purchased by Bayer in June 2018, insists that there is no valid evidence of a cancer connection between its weed-killing products and cancer, and cites decades of regulatory approvals in defense of the products.

Bayer has announced that it will stop selling Roundup, and other herbicides made with glyphosate, to U.S. consumers by 2023, but said the move is solely to “manage litigation risk and not because of any safety concerns.” The company plans to continue to sell its glyphosate-based herbicides for commercial use and for use by farmers.

A trial is planned for July in St. Louis, and two cases are set for trial in St. Louis early next year.

The Kansas City trial is the first in which Grant will testify live in front of a jury. His lawyers sought unsuccessfully to get the subpoena for his testimony quashed.

Courtroom View Network had planned to broadcast the Shelton trial but Monsanto lawyers claimed broadcasting the proceedings could pose a security threat.