The International Union for Conservation of Nature last week formally listed the beloved migratory monarch butterfly as endangered, citing dire threats to the subspecies posed by the climate crisis, deforestation, pesticide use and logging. 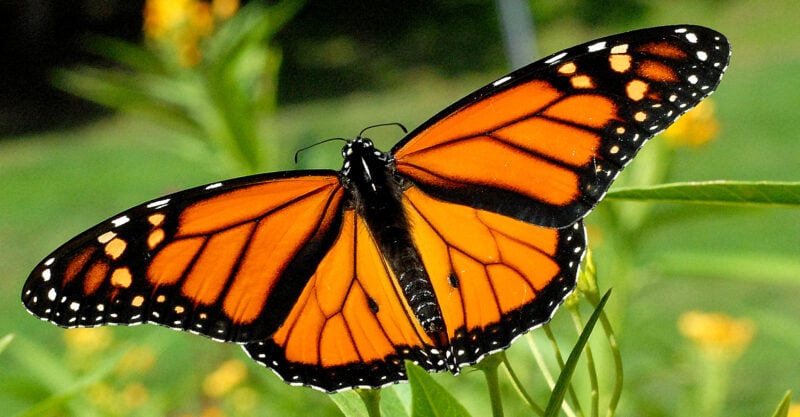 The International Union for Conservation of Nature (IUCN) last week formally listed the beloved migratory monarch butterfly as endangered, citing dire threats to the subspecies posed by the climate crisis, deforestation, pesticide use and logging.

Dr. Bruno Oberle, the director-general of IUCN — the world’s leading scientific authority on species conservation — said the new listing “highlights the fragility of nature’s wonders, such as the unique spectacle of monarch butterflies migrating across thousands of kilometers,” a reference to the insects’ remarkable biannual journey across North America.

The population of monarch butterflies in North America has been falling rapidly in recent years, a decline largely unabated by government action to protect the imperiled insects or to fight the climate crisis that is pushing them to the brink of extinction.

Echoing recent research attributing the monarch butterfly’s decline to the climate emergency, IUCN notes that “climate change has significantly impacted the migratory monarch butterfly and is a fast-growing threat; drought limits the growth of milkweed and increases the frequency of catastrophic wildfires, temperature extremes trigger earlier migrations before milkweed is available, while severe weather has killed millions of butterflies.”

“The western population is at greatest risk of extinction, having declined by an estimated 99.9%, from as many as 10 million to 1,914 butterflies between the 1980s and 2021,” the organization observed. “The larger eastern population also shrunk by 84% from 1996 to 2014. Concern remains as to whether enough butterflies survive to maintain the populations and prevent extinction.”

Additionally, IUCN stressed that “legal and illegal logging and deforestation to make space for agriculture and urban development” have also “destroyed substantial areas of the butterflies’ winter shelter in Mexico and California, while pesticides and herbicides used in intensive agriculture across the range kill butterflies and milkweed, the host plant that the larvae of the monarch butterfly feed on.”

Anna Walker, a member of the IUCN SSC Butterfly and Moth Specialist Group, said Thursday that while “it is difficult to watch monarch butterflies and their extraordinary migration teeter on the edge of collapse … there are signs of hope.”

“So many people and organizations have come together to try and protect this butterfly and its habitats,” said Walker, who spearheaded the monarch butterfly assessment.

“From planting native milkweed and reducing pesticide use to supporting the protection of overwintering sites and contributing to community science, we all have a role to play in making sure this iconic insect makes a full recovery.”