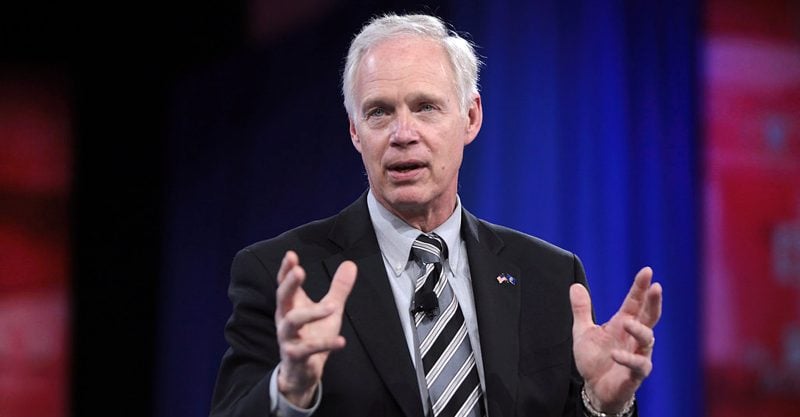 America’s bought, braindead and blinded mainstream media is lambasting Sen. Ron Johnson (R-Wis.) for his observation that Dr. Anthony Fauci “overhyped” the danger of HIV during the 1980s.

“[Dr. Fauci] created all kinds of fear, saying it could affect the entire population when it couldn’t,” Johnson said during a Dec. 1 interview with Fox News host Brian Kilmeade on the “Brian Kilmeade Show.”

Public health is now religion with “appeals to authority” having replaced citation, scientific empiricism and debate as the source of truth.

The press treats Dr. Fauci’s pronouncements with an infallibility that would make medieval Popes envious.

Subsumed in this orthodoxy, media outlets have been complicit in Dr. Fauci’s disastrous mismanagement of the pandemic — with 4.2% of the world’s population, America under Dr. Fauci’s regimen, racked up 20% of global COVID deaths.

The media also covered up Dr. Fauci’s historic atrocities in the same way Boston newspapers covered up the Catholic Church’s pedophile scandals in the 1990s.

Anyone who bothers to look at the history will find that Sen. Johnson’s assertion is accurate.

As I chronicle in my book, “The Real Anthony Fauci, Bill Gates, Big Pharma, and the Global War on Democracy and Public Health,” by 1983 it had become a hardwired reflex at the National Institute of Allergy and Infectious Diseases (NIAID) to exaggerate public fears of pandemics, and Dr. Fauci’s first instinct as national AIDS czar had been to stoke contagion terror.

He made himself a villain among AIDS activists with a fearmongering 1983 article in the Journal of the American Medical Association warning AIDS could spread by casual contact.

At the time, AIDS was almost exclusive to intravenous drug users and males who had sex with other males, but Dr. Fauci incorrectly warned of “the possibility that routine close contact, as within a family household, can spread the disease.” Given that “nonsexual, non-blood-borne transmission is possible,” Fauci wrote, “the scope of the syndrome may be enormous.”

In his history of the AIDS crisis, “And the Band Played On,” author Randy Shilts reported that the world’s leading AIDS expert, Arye Rubinstein, was “astounded” at Fauci’s “stupidity” because his statement did not reflect the contemporary scientific knowledge.

The best scientific evidence suggested the infectivity of HIV, even in intimate contact, to be so negligible as to be incapable of sustaining a general epidemic.

Nevertheless, Dr. Fauci’s reflexive response was to amplify the widespread panic of dreaded pestilence that would naturally magnify his power, elevate his profile and expand his influence. Amplifying terror of infectious disease was already an ingrained knee-jerk institutional response at NIAID.

In 1987, the Wall Street Journal won a Pulitzer Prize for its investigation of a U.S. Department of Health and Human Services scheme its writers characterized as a deliberate campaign by officials to misrepresent AIDS as a general pandemic to secure greater public funding and financial support.

The flimflam worked. Terror of pestilence, it turns out, is a potent impulse, and Fauci was adept at weaponizing it — and, he quickly learned that other “respected authorities” would follow his lead.

Following Dr. Fauci’s fearmongering prophecy, Theresa Crenshaw of the President’s AIDS Commission made the astonishing forecast that within 14 years, double the number of people then on the planet would be dying from lethal infections:

“If the spread of AIDS continues at this rate, in 1996 there could be one billion people infected; five years later, hypothetically ten billion.” Crenshaw asked, “Could we be facing the threat of extinction during our lifetime?”

The HIV prevalence curves based on the Centers for Disease Control and Prevention’s (CDC) own data show, at least in the U.S., HIV has not spread at all since testing was first available, stubbornly remaining at the same levels relative to population.

The Oprah show broadcast Crenshaw’s subsequent prognostication that “By 1990, one in five heterosexuals may be dead of AIDS.”

Thankfully, this prognosis was also hyperbolic. According to CDC data, about one in 250 Americans tests HIV-positive. Outside the risk groups, this number drops to about one in 5,000 — about 1/1,000th Crenshaw’s bodement.

A slightly less exuberant 1986 prophecy by Newsweek had 5 to 10 million Americans lethally infected by 1991. Newsweek’s auguring was off by 10 times — U.S. authorities have since identified only 1 million HIV infections.

Dr. Fauci’s embellishments quickly made HIV-positives the modern equivalent of lepers. Paranoia of AIDS from nonsexual contact persisted for years. In New York in 1985, for instance, 85% of schoolchildren at one public elementary school stayed home during opening week, while hundreds of parents demanded the school system bar any HIV-positive children from attending classes.

The Reagan administration made it unlawful for persons with AIDS to enter the United States. The Cuban government quarantined AIDS victims in modern leper colonies. AIDS activists charged Dr. Fauci with causing the “irrational, punitive” response that followed his hysterical statements.

A year later, growing furor over his assertion forced Dr. Fauci to acknowledge that health officials had never detected a case of the disease spread through “casual contact.”

It’s beyond dispute that among America’s 100 U.S. senators, from both political parties, only one — Ron Johnson — has had the courage to stand up for Americans suffering vaccine injury against bullying pharmaceutical companies.

That record has made Johnson a dangerous heretic to the high priest of the medical cartel and its media acolytes. Heretics need to be burned.