4 in 5 Maternal Deaths Are Preventable, Mental Health Cited as Leading Cause

A “staggering” 84% of pregnancy-related deaths are preventable, according to the latest Centers for Disease Control and Prevention report, which makes it clear that mental health conditions are an important factor in many of these preventable deaths. 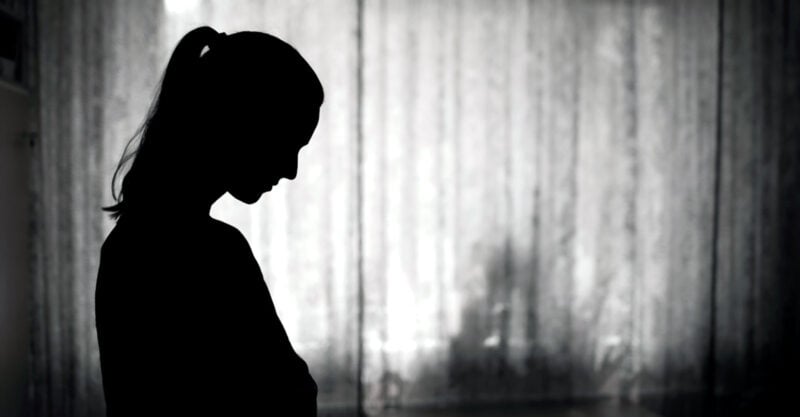 As such, the U.S. maternal mortality rate is more than double that of most other developed countries.

The Department of Health and Human Services declared maternal deaths a public health crisis in December 2020. Such calls to action by the U.S. Surgeon General are reserved for only the most serious of public health crises.

In October, the Centers for Disease Control and Prevention (CDC) released new data gathered between 2017 and 2019 that further paints an alarming picture of maternal health in the U.S. The report concluded that a staggering 84% of pregnancy-related deaths are preventable.

However, these numbers don’t even reflect how widespread this problem could be. At present, only 39 states have dedicated committees in place to review maternal deaths and determine whether they were preventable; of those, 36 states were included in the latest CDC data.

I am a therapist and scholar specializing in mental health during the perinatal period, the time during pregnancy and postpartum.

The CDC’s report now makes it clear that mental health conditions are an important factor in many of these preventable deaths.

A closer look at the numbers

The staggering number of preventable maternal deaths — 84% — from the CDC’s most recent report represents a 27% increase from the agency’s previous report, from 2008 to 2017.

Of these pregnancy-related deaths, 22% occur during pregnancy, 13% during childbirth and 65% during the year following childbirth.

This raises the obvious question: Why are so many preventable pregnancy-related deaths occurring in the U.S., and why is the number rising?

For a pregnancy-related death to be categorized as preventable, a maternal mortality review committee must conclude there was some chance the death could have been avoided by at least one reasonable change related to the patient, community, provider, facility or systems of care.

The most commonly identified factors in these preventable deaths have been those directly related to the patient or their support networks, followed next by providers and systems of care.

While patient factors may be most frequently identified, they are often dependent on providers and systems of care.

Take, for instance, the example of a new mother dying by suicide from a mental health condition, such as depression.

Patient factors could include her lack of awareness about the warning signs of clinical depression, which she may have mistaken for difficulties with the transition to parenthood and perceived personal failures as a new parent.

As is often the case, these factors would have directly related to the inaction of health care providers, such as a failure to screen for mental health concerns, delays in diagnosis and ineffective treatment.

This type of breakdown — which is common — would have been made worse by poor coordination of care between providers across the healthcare system.

This example illustrates the complexities of the failures and preventable outcomes in the maternal health care system.

The role of mental health

In the CDC’s latest report, mental health conditions are the overall most frequent cause of pregnancy-related death.

Approximately 23% of deaths are attributed to suicide, substance use disorder or are otherwise associated with a mental health condition.

The next two leading causes are hemorrhage and cardiac conditions, which combined contribute to only slightly more deaths than mental health conditions, at about 14 and 13%, respectively.

Research has long shown that 1 in 5 women suffer from mental health conditions during pregnancy and the postpartum period and that this is also a time of increased risk for suicide.

Yet, mental illness — namely, depression — is the most underdiagnosed obstetric complication in America.

Despite some promising reductions in U.S. suicide rates in the general population over the last decade, maternal suicide has tripled during this same time period.

As it relates to maternal substance use, this issue is also worsening.

In recent years, almost all deaths from drug overdose during pregnancy and the postpartum period involved opioids.

A review from 2007 to 2016 found that pregnancy-related deaths involving opioids more than doubled.

Many of these issues stem from the fact that up to 80% of women with maternal mental health concerns are undiagnosed or untreated.

Mental health contributes to nearly 20% of pregnancy-related deaths in New York. In response, the state health department has outlined a new effort to address the need for mental health care during and after pregnancy.

In 2021, the first national data set of its kind showed that less than 20% of prenatal and postpartum patients were screened for depression. Only half of those who screened positive received follow-up care.

Many healthcare providers do not screen for mental health concerns because they do not know where to refer a patient or how to treat the condition.

In addition, only about 40% of new mothers even attend their postpartum visit to have the opportunity for detection.

Non-attendance is more common among higher-risk populations of postpartum women, such as those who are socially and economically vulnerable and whose births are covered by Medicaid.

Medicaid covers around 4 in 10 births. Through Medicaid benefits, pregnant women are covered for care related to pregnancy, birth and associated complications, but only up to 60 days postpartum.

Not until 2021 did the American Rescue Plan Act begin extending Medicaid coverage up to one year postpartum.

But as of November, only 27 states have adopted the Medicaid extension. In the other states, new mothers lose postpartum coverage after just 60 days.

This matters a great deal because low-income mothers are at a greater risk for postpartum depression, with reported rates as high as 40% to 60%.

In addition, the recent CDC report showed that 30% of preventable pregnancy-related deaths happened between 43 and 365 days postpartum — which is also the time frame suicide most commonly occurs.

Continued Medicaid expansion would reduce the number of uninsured new parents and rates of maternal mortality.

Another challenging barrier to addressing maternal mental health is the criminalization of substance use during pregnancy.

If seeking care exposes a pregnant person to the possibility of criminal or civil pentalties — including incarceration, involvement with child protective services and the prospect of separation from their baby — it will naturally dissuade them from seeking treatment.

At this time, 24 states consider substance use during pregnancy to be child abuse, and 25 states require healthcare professionals to report suspected prenatal drug use.

Likewise, there are also tremendous barriers in the postpartum period for mothers seeking substance use treatment, due in part to the lack of family-centered options.

With all these barriers, many pregnant and new mothers may make the difficult decision to not engage in treatment during a critical window for intervention.

While the information described above already paints a dire picture, the CDC data was collected prior to two major events: the COVID-19 pandemic and the fall of Roe v. Wade, which overturned nearly 50 years of abortion rights.

Both of these events have exacerbated existing cracks in the healthcare system and, subsequently, worsened the maternal health in the U.S.

In my view, without radical changes to maternal healthcare in the U.S., starting with how mental health is treated throughout pregnancy and postpartum, it’s likely parents will continue to die from causes that could otherwise be prevented.

Rachel Diamond is a clinical training director and assistant professor of couple and family therapy at Adler University.