Verizon Wireless will not have to remove or relocate its cell tower in the “Shacktown” section of Pittsfield, Massachusetts, after the Pittsfield Board of Health last week voted behind closed doors to rescind its cease-and-desist order against Verizon. 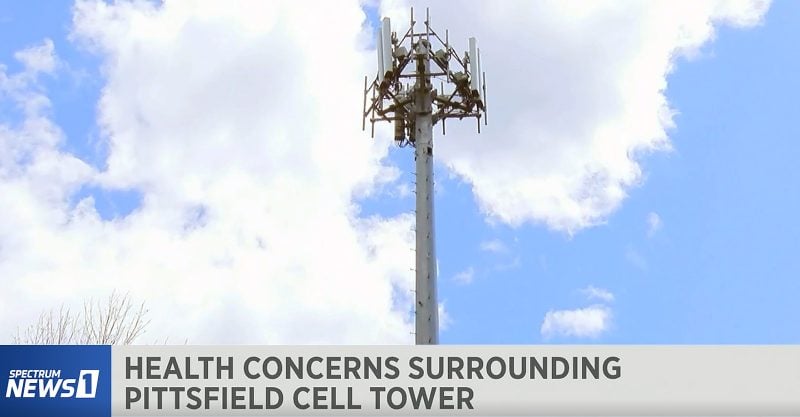 Verizon Wireless will not have to remove or relocate its cell tower in the “Shacktown” section of Pittsfield, Massachusetts, after the Pittsfield Board of Health last week voted behind closed doors to rescind its cease-and-desist order against Verizon.

The vote ended a months-long standoff between Pittsfield residents, who identified the tower as the source of multiple illnesses, and Verizon affiliate Pittsfield Cellular Telephone, which last month sued the city and board of health in a bid to overturn the order.

The board’s move to rescind the cease-and-desist order, though not entirely unexpected, came as a blow to 17 residents who said the Verizon tower that was activated in the midst of their neighborhood in March 2020 caused them to become sick.

Lawyers representing six of the city’s affected residents filed an intervention on May 25 to defend the board’s order — the first such cease-and-desist order against a major wireless carrier ever issued in the U.S.

Pittsfield Board of Health Chair Bobbie Orsi said during last week’s meeting the board wanted to help the residents, but that litigation was not the process that was going to help them resolve the “issues” at the present time.

Orsi did not elaborate on what the board thought would help resolve the illnesses — some of them classified as significant diseases — experienced by neighbors who live as close as 300 feet from the cell tower.

Once the tower was activated residents reported difficulties sleeping through the night if they could get to sleep at all. They said they were plagued with headaches, vertigo, nausea, brain fog and skin rashes.

Within the next 18 months came two diagnoses of cancer and one recurrence of cancer in the town.

Family pets died, and even the moles did not return to family gardens as the ground started to thaw, some residents said.

Attorney W. Scott McCollough represented four of the affected families and was prepared to defend their interests and the board of health’s cease-and-desist order against Verizon in federal court.

McCollough and Massachusetts environmental attorney Paul Revere III were prepared to defend against a claim of “express preemption” by Verizon, he said. The Telecommunications Act of 1996 prevents local zoning authorities from regulating the placement or construction of cell towers based on environmental effects, including concerns about radiofrequency radiation and health.

But, said McCollough, the Pittsfield Board of Health is not a zoning authority and it was not regulating placement or construction. Instead, “It found injury and causation and then exercised its state health and sanitation authority to require removal of the offending facility,” he said.

According to McCollough, the withdrawal of the cease-and-desist order does not diminish their “considerable findings against Verizon Wireless for causation of a host of documented medical problems beginning with the activation of the tower.”

A telecommunications attorney with decades of trial experience, McCollough said he knows how telecom operates.

“People are being harmed, and it is the responsibility of the board of health to represent their interests,” McCollough said.

“Some of these corporations act with impunity when they perceive a threat to a case that could adversely affect their bottom line. It is hard for a smaller town to withstand the political and other resources Verizon wields. I had hoped Pittsfield was an exception. They caved.

“But I deal with their kind every day. They view my clients as collateral damage, and I am personally and professionally offended by that. This is not over.”