In the fall of 2020, Cathy Nagy’s 84-year-old mother-in-law, Marilyn, was living independently when she began showing signs of mild dementia. But after receiving two doses of Pfizer’s COVID-19 vaccine — then getting the virus anyway — Marilyn’s condition rapidly declined. 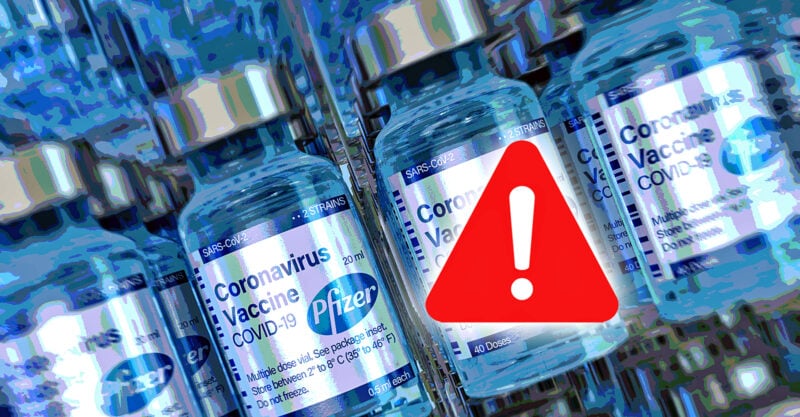 Up until the fall of 2020, Cathy Nagy’s 84-year-old mother-in-law, Marilyn, was living independently when she began “showing signs of early mild dementia,” Nagy told The Defender.

As a result, Marilyn — whose husband only recently had died — started taking turns living in her children’s homes.

In April 2021, Marilyn received her first dose of the Pfizer vaccine. According to Nagy, “about a week-and-a-half later, Marilyn experienced an episode of hallucinations, seeing people outside who were not there.”

“Marilyn’s family attributed [the episode] to her dementia, even though she had not had any prior episodes … [They] did not make a connection to the vaccination.”

But the family’s opinion changed a few weeks later, after Marilyn got her second Pfizer shot and “had a more dramatic reaction,” experiencing “another episode of hallucinations that same day, extreme weakness and pain in her leg,” Nagy said.

“She could barely crawl up the stairs to her bedroom.”

Marilyn seemed to recover from the adverse reaction, but over the coming weeks, she continued to experience occasional hallucinations, and an increased decline in her cognition, Nagy said.

“Because of these symptoms, her family made an appointment for a brain scan in preparation for a visit with a neurologist,” Nagy said.

An MRI “revealed she was experiencing blood clots, bleeding and mini-strokes in her brain, and she was sent directly to the ER for observation and treatment.”

At the hospital, Marilyn was administered blood-thinning medications and appointments were scheduled “with several specialists.”

About a month later, she developed deep vein thrombosis in her left leg, which according to Nagy, was “the same leg that had been experiencing pain since her second vaccine.”

Marilyn’s doctors were reluctant to openly draw a connection between the adverse effects she was experiencing and her recent COVID-19 vaccination, Nagy said.

“Throughout Marilyn’s hospitalization and subsequent appointments, her family would mention the correlation they saw between the timing of her vaccinations and the appearance of all these adverse events.

“None of the doctors had anything to say about this, except that it couldn’t be proven that the shots caused the symptoms.

“Several specialists admitted ‘off the record’ that they were starting to see an increase in unusual events, both neurologically and vascularly, and even among younger patients, but they clearly didn’t want to discuss it, and they had no answers for how to help in Marilyn’s case. It was too easy to blame her symptoms on old age and dementia.”

While Marilyn’s leg swelling began to subside over the course of the summer of 2021, her cognition continued to worsen, according to Nagy. This led her family to conclude “they could not properly care for her in their homes,” leading them to place her in a personal care facility — where Marilyn continued to regress.

“In the spring of 2022, Marilyn’s dementia progressed to the point where she was beginning to wander at night, attempting to leave the building, and causing concern for her safety,” Nagy said.

Her condition further worsened after, despite being vaccinated, Marilyn contracted COVID-19 for the first time, in late May.

“She was not seriously ill but was sent to the hospital as a measure to keep her isolated from the other residents in her facility.

“When she returned after five days, she was a different person! Whatever process of decline she had been experiencing over the past year had been heightened by the vaccinations and worsened by the actual virus.

“Marilyn could no longer put together an intelligible sentence. She was highly agitated and confused about where she was living.”

Marilyn’s deterioration forced the family to relocate her again — first to a new apartment closer to the nurse’s station in her assisted living facility, and later to “a secured memory facility in a neighboring town.”

Nagy told The Defender that it was at this latter facility where a doctor finally openly agreed “that both the vaccinations and the virus have most likely played a part in Marilyn’s decline.”

However, the doctor “had no treatment or therapy to offer.”

“Marilyn remains in a state of extreme confusion and impairment, unable to speak clearly,” said Nagy, who described the decline as “a process that normally would have played out over many months or years but has been accelerated to mere weeks.”

Nagy said Marilyn’s story should serve as “a warning to others, or as an eye-opener for those whose loved ones may also be experiencing similar symptoms, but who have not yet recognized the connection to the vaccines and the virus.”

“There are so many who don’t want to see the connection,” Nagy said. “It is a very inconvenient truth.”

Nagy credited the Vaccine Injury/Side Effects Support Group for helping her and her family “find confirmation and understanding among those experiencing similar struggles.”

“Even though it can’t bring our loved one back to health,” Nagy said, the support group “helps us know we are not alone, and hopefully one day soon, these stories will be told and heard by the world.”