Children with higher levels of certain pesticide metabolites are more likely to go through early puberty, according to research published recently in Environmental Pollution. 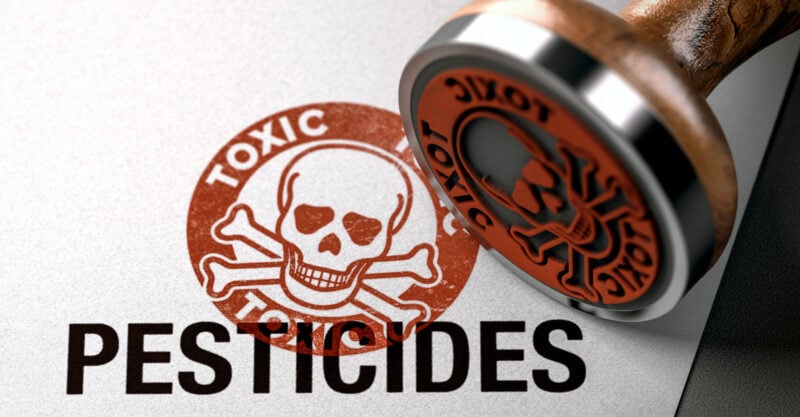 Children with higher levels of certain pesticide metabolites are more likely to go through early puberty, according to research published recently in Environmental Pollution.

The findings by a team of Spanish researchers speak to a need for greater protection for children from toxic pesticide exposure.

Children are much more sensitive to pesticide exposure than adults as they take in greater amounts of toxics relative to their body weight and have developing organ systems.

Researchers began their investigation with children aged 7-11 participating in the Spanish state’s Environment and Childhood multicenter birth cohort stud, an ongoing project aimed at understanding the effect of environmental exposures on pregnancy, fetal and childhood development in the country.

Out of over 3,000 children enrolled in the project, 1,539 had their urine sampled for the presence of pesticide metabolites.

Urinary levels of these pesticide metabolites were then compared against parental-reported stages of pubertal development.

Researchers worked to control for confounders and did explore the further interaction between pubertal development, chemical exposure and body mass index.

For girls, urinary concentrations of DETP and ETU above the 75th percentile were associated with a greater chance of pubertal development, with ETU fungicide metabolites specifically resulting in greater development among girls who are underweight or normal weight (with odds ratios averaging a 10x increased risk).

For boys, any detection of TCPy was found to influence more rapid genital development than boys without evidence of exposure.

3-PBA and ETU above the 75th percentile in boys was associated with greater development in overweight/obese and underweight/normal weight children respectively.

Interestingly, DETP was found to be associated with lower odds of pubertal development in overweight/obese boys.

“[T]hese findings represent a potential cause of concern, due to the widespread exposure to children in the general population to pesticides and the possibility that altered pubertal timing may increase the risks of behavioral disorders during adolescence and of obesity, cardiovascular disease, and endocrine-related cancers later in life,” the authors write.

This area of research has been developing consistently since the turn of the century. In 2008, a study on the synthetic pyrethroid esfenvalerate found that it delayed the onset of puberty in rats at doses as much as two times lower than levels EPA classified as having no adverse effects.

Nearly a decade later, another study on synthetic pyrethroids, this time looking directly at the association between urinary levels and puberty onset, found similar results with the insecticide cypermethrin.

Not only did this study find an association, it was able to characterize the effects driving the process. In rodent models, researchers found that cypermethrin was accelerating puberty through hormonal release.

Rather than a response from the hypothalamus, which controls the release of pituitary luteinizing (affecting the reproductive system) and follicle-stimulating hormones, scientists found that cypermethrin acts directly on cells within the testis and pituitary glands.

Advocates concerned with the impacts of pesticide exposure on children emphasize pesticide use and agrichemical industry profits should not be prioritized over children’s health.

Yet, in the U.S. toxic pesticides are regularly sprayed in and around schools, parks and playgrounds where children play, and food served in school cafeterias is more frequent than not grown through chemical, rather than organic farming practices.

Help prevent the hazardous effects that pesticides can cause to children by encouraging your child’s school to serve organic food, and working to eliminate the unnecessary toxic pesticides on community lawns and landscapes.