John Wathen, founder of Friends of Hurricane Creek in Alabama, devoted his life to cleaning up waterways after he was poisoned by toxic chemicals while working in a coal-coking plant. 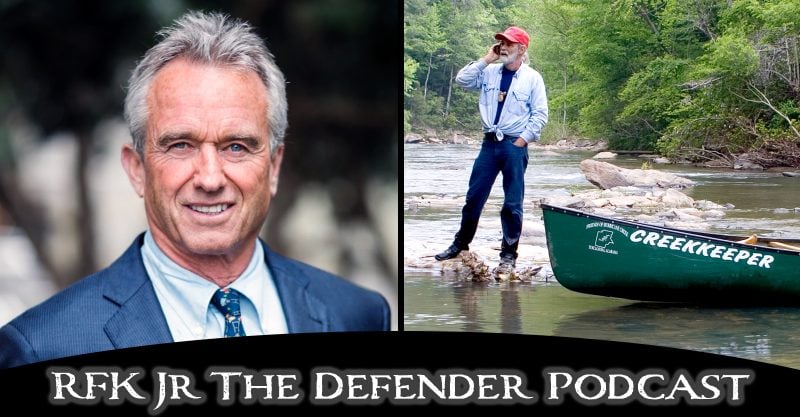 After being poisoned by toxic chemicals while working in a coal-coking plant in Birmingham, Alabama, Hurricane Creekkeeper John Wathen has devoted his life to cleaning up waterways.

The Alabama native, U.S. Navy veteran and founder of Tuscaloosa-based Friends of Hurricane Creek — a nonprofit dedicated to stopping pollution in the creek — said the fight for clean water shouldn’t be political.

On a recent episode of the “RFK Jr. The Defender Podcast,” Wathen told Children’s Health Defense Chairman Robert F. Kennedy, Jr. he “nearly died” from exposure to “coke” — the byproduct of baking coal in a coke furnace until the impurities are removed.

A cocktail of toxic chemicals, including benzene and methyl chloride, poisoned the groundwater near the coal-coking plant where he worked, Wathen said — and the Alabama Department of Environmental Management (ADEM) and the U.S. Environmental Protection Agency (EPA) knew about it.

Wathen said he had no idea how widespread this type of pollution is. “That’s a systemic failure of the EPA to do what it was supposed to do,” he said.

During a trip to Alabama in the late 1980s, Kennedy said he had a chance to go through ADEM’s files. He found 40,000 to 50,000 violations from steel companies on the Alabama River and the Tennessee River.

“We filed letters of intent to sue those companies,” Kennedy said. “But then ADEM and the Alabama Attorney General’s Office rescued the steel companies by having ADEM sue them before environmentalists could.”

They did that so they could “make a sweetheart deal with each other,” Kennedy said.

According to Wathen, ADEM continues to this day to make deals with polluters. “That is still the modus operandi at ADEM today,” he said.

In his interview with Kennedy, Wathen described the devastation he witnessed firsthand from the BP oil spill, and why he believes good environmental policy equals a healthy economy and clean jobs.