Renowned conservationist and primatologist Jane Goodall said in an interview humanity must seize the coronavirus pandemic as a turning point to forge "a new relationship with the natural world" and urgently chart a different course. 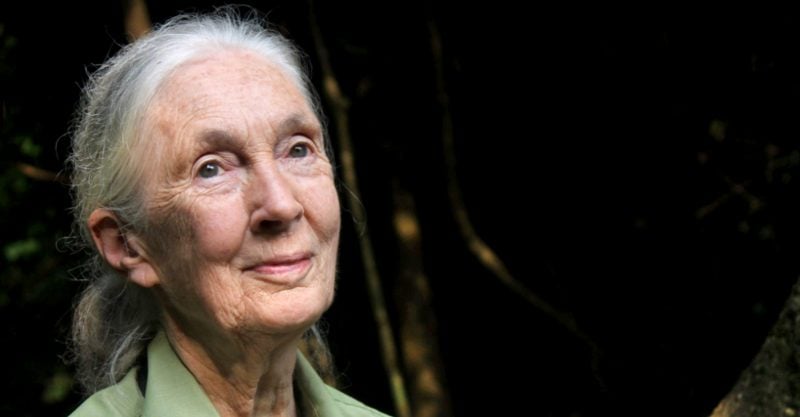 Renowned conservationist and primatologist Jane Goodall has stressed the need for humanity to seize the coronavirus pandemic as a turning point to forge “a new relationship with the natural world.”

Goodall made the comment in an interview with Agence France-Presse published late May — a day after she received the Templeton Prize for “her unrelenting effort to connect humanity to a greater purpose” over her 60-year career.

In the interview, 87-year-old Goodall expressed hope the “pandemic has woken people up.” Leveling a charge she’s made before, Goodall put blame for the outbreak on the world’s “disrespect” for nature, citing as one example “very, very cruel intensive factory farms.”

As global governments roll out plans for a COVID-19 recovery, she said those who choose to simply go back to “business as usual” must urgently chart a different course.

“We have to have a new mindset for our survival,” she said.

Ahead of the award, Goodall also spoke with the Associated Press and addressed the global biodiversity crisis.

“Every time a little species vanishes, it may not seem important,” she told AP. “But the thread is pulled from that tapestry and the picture gets weaker as more threads are pulled, until that tapestry, once so beautiful, is hanging in tatters.”

Goodall late May was awarded the Templeton Prize, whose previous winners include Desmond Tutu in 2013, the Dalai Lama in 2012 and Mother Teresa in 1973. It includes a monetary prize of over $1.5 million.

Heather Templeton Dill, president of the John Templeton Foundation, said in a statement that Goodall’s “achievements go beyond the traditional parameters of scientific research to define our perception of what it means to be human.”

“Her discoveries have profoundly altered the world’s view of animal intelligence and enriched our understanding of humanity in a way that is both humbling and exalting,” said Templeton Dill.

In accepting the prize, Goodall reflected on a career that has included “the best days of my life” at the Gombe research station in Tanzania where she conducted groundbreaking research on chimpanzees, as well as the Roots and Shoots program she founded in 1991, which she said “has changed thousands of lives.”

Goodall also stressed the importance of hope, saying that without it, “we sink into apathy, do nothing — and that will be the end.”

“I have learned more about the two sides of human nature, and I am convinced that there are more good than bad people. There are so many tackling seemingly impossible tasks and succeeding,” she said.

“Only when head and heart work in harmony,” said Goodall, “can we attain our true human potential.”