Attorneys general from Washington, D.C. and three states on Monday sued Google, accusing the tech giant of deceiving consumers about the security of their location data in order to boost its digital advertising profits. 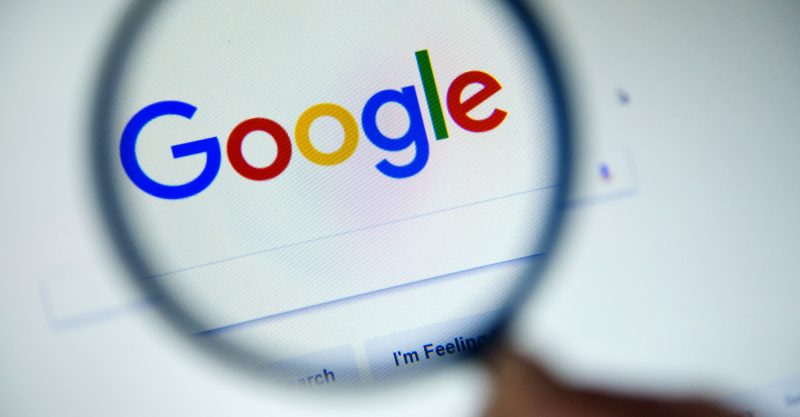 Attorneys general (AGs) from Washington, D.C. and three states on Monday sued Google, accusing the tech giant of deceiving consumers about the security of their location data in order to boost its digital advertising profits.

“Google uses tricks to continuously seek to track a user’s location,” said D.C. Attorney General Karl Racine (D). “This suit, by four attorneys general, on a bipartisan basis, is an overdue enforcement action against a flagrant violator of privacy and the laws of our states.”

The District of Columbia and Texas have filed lawsuits, and Washington and Indiana are expected to do the same.

“The lawsuits … allege the company made misleading promises about its users’ ability to protect their privacy through Google account settings, dating to at least 2014. The suits seek to stop Google from engaging in these practices and to fine the company.

“The complaints also allege the company has deployed ‘dark patterns,’ or design tricks that can subtly influence users’ decisions in ways that are advantageous for a business. The lawsuits say Google has designed its products to repeatedly nudge or pressure people to provide more and more location data, ‘inadvertently or out of frustration.’ The suits allege this violates various state and D.C. consumer protection laws.”

Although congressional scrutiny of Big Tech has grown in recent years, federal lawmakers have yet to pass legislation to prevent location data from being obtained through manipulative surveillance practices, prompting state AGs to launch investigations and pursue legal action.

“During this state of paralysis, these companies have become massive and powerful to an extent where they’re able to forestall reasonable regulation,” Racine told the Post in an interview. “The time of trickery for profits is over.”

Monday’s complaints against Google come after D.C. opened a probe into the company in 2018. That year, an Associated Press (AP) investigation revealed that Google “records your movements even when you explicitly tell it not to.”

While Google promised both Android and iPhone users that turning off the “Location History” setting meant that “the places you go are no longer stored,” AP detailed how the company still tracks and records consumers’ locations via other means, including but not limited to a separate setting called “Web & App Activity.”

“Build on a May 2020 lawsuit, brought by the Arizona attorney general, that similarly argued that the company set up its Android mobile operating system in a way that enriched its advertising empire and deceived device owners about the protections actually afforded to their personal data.

“An Arizona judge expressed skepticism about some of the arguments made in that lawsuit, writing Google’s privacy policy has always informed users that the company collects and uses location data when they interact with the company’s services. ‘A reasonable or unsophisticated consumer could conclude that his location information is being collected or used in some manner, even if is never enabled,’ wrote Timothy J. Thomason earlier this month, ruling that there were outstanding factual issues with the case that needed to be resolved through a trial.”

In the D.C. lawsuit filed on Monday morning, however, AG Racine argued that “Google has a powerful financial incentive to obscure the details of its location data collection practices and to make it difficult for consumers to opt-out of being tracked.”

“Google’s ability to amass data about consumers translates to better advertising capabilities and a greater share of the multi-billion-dollar digital advertising market,” wrote Racine. “The company’s exhaustive surveillance practices are most effective, and therefore most lucrative, where consumers have no clear idea how to limit Google’s access to their personal information.”

Monday’s complaints are likely to lead to a prolonged battle between the four AGs and Google, which is already fending off multiple lawsuits challenging its practices, including antitrust suits.