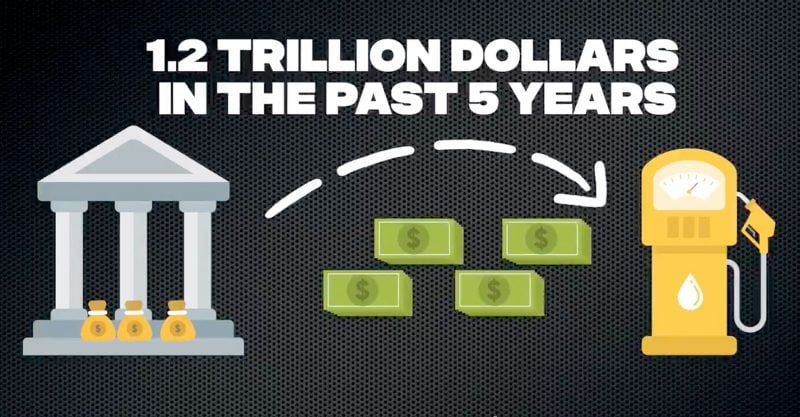 The grassroots environmental advocacy group 350.org on Tuesday launched the “Fossil Free Federal Reserve” campaign, demanding the Fed codify its climate responsibility and calling on U.S. President Joe Biden to appoint a chairperson who is a “climate champion.”

The new campaign — part of a global effort to press banks, financial institutions and insurers to “stop the money pipeline to fossil fuels” — is demanding that the Federal Reserve end bank fossil fuel financing by using existing regulations. It also calls for an alignment of Fed spending and purchasing with the Paris climate agreement’s more ambitious goal of limiting global temperature rise to 1.5°C.

Furthermore, the campaign asks the Fed to encourage financial institutions to make investments “aimed at limiting global temperature rise to 1.5°C, with a particular emphasis on lending to low-income communities and communities of color.”

“Building a Fossil Free Federal Reserve is a key tool in our climate recovery toolbox,” Tracey Lewis, 350.org’s senior climate finance policy analyst, said in a statement. “We’re launching this campaign because climate chaos is a disaster for all of us, including the economy. Not only does the Fed have legal authority to stop fossil fuel finance — it’s their responsibility.”

We’re is launching a new campaign for a Fossil Free Federal Reserve.

Watch this video to hear why the @federalreserve — the referee of our economy — has to intervene on climate. In the face of climate chaos, we need a #FossilFreeFed. pic.twitter.com/IRMLVIyAaL

The campaign is timed with an eye on the end of Federal Reserve Chair Jerome Powell’s term in February 2022. Biden is expected to announce his pick for Powell’s successor — who must be confirmed by the Senate — as early as September. More than 20,000 people have signed a petition at 350.org urging the president to “nominate a climate leader” as the next Fed chair.

“Jerome Powell continues to finance climate destruction instead of supporting Black and Brown communities on the frontlines of COVID-19, racial and economic injustice, and climate devastation,” Lewis said.

“As recently as last week at a Congressional Committee hearing, amidst record-breaking heat, deadly flooding, and intensifying wildfires, Powell doubled down on his climate action delay, asserting that incorporating the risks of climate change into financial systems is ‘not a top priority.’”

“During the COVID-19 pandemic, 46 fossil fuel companies received $828 million in loans under the Federal Reserve’s “Main Street” pandemic lending program, over 13 times what was loaned to renewable energy.

“We the people are rising up to demand bold policies that shift power away from fossil fuel billionaires toward our communities,” said Lewis. “We call on Biden, [Treasury Secretary Janet] Yellen, and the Senate to appoint a real climate leader who will re-imagine the role of the Federal Reserve in climate and economic recovery.”

The campaign cites Positive Money’s Global Green Central Bank Scorecard — on which the U.S. scored 11 out of a possible 50 points, earning a D- grade — as further evidence of “how the Federal Reserve had failed to use the powers it has to address the climate crisis.” 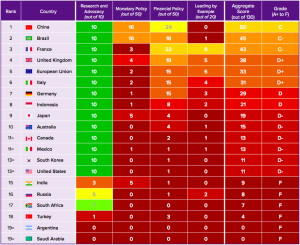 By contrast, after a year and a half of protests, petitions and other grassroots pressure, the European Central Bank (ECB) unveiled an action plan “to include climate change considerations in its monetary policy strategy.” The EU scored 33 points on the Green Central Bank Scorecard, for a grade of D+.

ECB President Christine Lagarde will join Powell and “central bankers, policymakers, academics and economists from around the world” at next month’s Jackson Hole Economic Symposium, the Federal Reserve Bank of Kansas City’s annual special meeting in Wyoming whose theme this year is “Macroeconomic Policy in an Uneven Economy.”

Lewis said that “while the ECB begins to act on fossil fuels as a direct risk to our climate and financial systems, the Fed dangerously abdicates responsibility.”

“Ending fossil fuel finance,” she added, “is about global justice.”