A former Washington State University football coach is seeking $25 million from the university for wrongful termination after he was fired last year for refusing to get vaccinated against COVID-19. 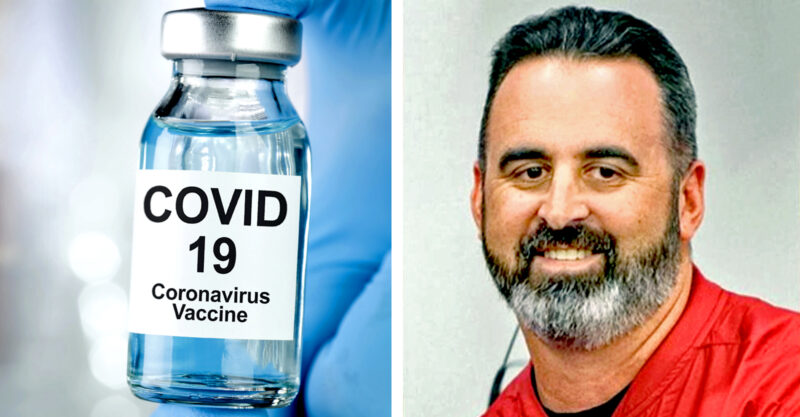 A former Washington State University football coach is seeking $25 million from the university for wrongful termination after he was fired last year for refusing to get vaccinated against COVID-19, The Seattle Times reported Tuesday.

A tort claim was filed April 27 on behalf of Nick Rolovich with the state’s risk management office. Filing a claim is a prerequisite to filing a lawsuit against a state agency.

There’s a 60-day waiting period between when a claim is filed and when the claimant can file a lawsuit. As of Wednesday, a spokesperson for Attorney General Bob Ferguson said no suit had been filed, according to The Washington Post.

At the time of his firing, Rolovich was subject to a five-year contract with three seasons remaining and was paid $3.2 million per year — the highest public salary in the state. He had coached 11 games with the Cougars over two seasons.

Rolovich, a Catholic, is not the first person to file a claim for wrongful termination or religious discrimination over an employer’s failure to grant a religious exemption to a COVID-19 vaccine mandate.

Liberty Counsel on July 29 settled the nation’s first class action lawsuit on behalf of healthcare workers who were unlawfully discriminated against and denied religious exemptions to the COVID-19 vaccine mandate by their employer, Chicago-based NorthShore University HealthSystem.

The $10,337,500 settlement, filed in the federal Northern District Court of Illinois, compensates NorthShore employees who were “punished for their religious beliefs against taking an injection associated with aborted fetal cells.”

In addition, employees who were terminated because they refused to receive a COVID-19 vaccine on religious grounds will be eligible for rehire if they apply within 90 days of the final settlement approved by the court, and they will retain their previous seniority level.

The amount of individual payments from the settlement fund will depend on how many valid and timely claim forms are submitted during the claims process.

If the settlement is approved by the court and nearly all of the affected employees file valid and timely claims, it is estimated employees who were terminated or resigned because of their religious refusal of a COVID-19 vaccine will receive approximately $25,000 each.

Also under the settlement, employees who were forced to get the shot against their religious beliefs to keep their jobs will receive approximately $3,000 each.

The 13 healthcare workers who are lead plaintiffs in the lawsuit will receive an additional approximate payment of $20,000 each for their role in bringing this lawsuit and representing the class of NorthShore healthcare workers.

Workers as of May 19, 2022, had filed at least 66 lawsuits since September 2021 against private employers for refusing to grant exemptions to COVID-19 vaccine requirements, according to Bloomberg Law.

In one case involving United Airlines Inc., the airline changed its policy allowing accommodations rather than contest the lawsuit.

According to Bloomberg Law, 59% of lawsuits filed over COVID-19 vaccine mandates are related to an employer’s response to faith-based requests for accommodation.

About 22% of lawsuits involve contesting a company’s handling of both religious and disability requests and 5% involve health-related accommodations.