A group seeking documents from the U.S. Food and Drug Administration related to the agency’s licensing of the Pfizer Comirnaty vaccine argued the agency should produce the data “108 days from today,” which it said “is the same amount of time it took the FDA to review the responsive documents for the far more intricate task of licensing Pfizer’s COVID-19 vaccine.” 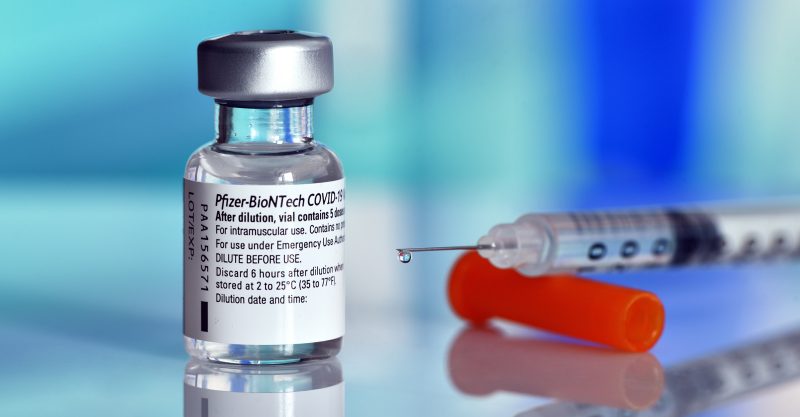 Fifty-five years. That’s how long the U.S. Food and Drug Administration (FDA) estimates it will need to fully release all documents connected to the approval of the Pfizer-BioNTech COVID-19 vaccine.

In a court filing submitted Nov. 5 to a federal judge, the FDA stated it can process the 329,000 pages of documents at a rate of only 500 pages per month because it needs the time to redact exempt material. At that rate, the documentation will not be fully released until 2076.

The data in question refers to the FDA’s decision to license the Pfizer-BioNTech Comirnaty COVID-19 vaccine.

In August, Public Health and Medical Professionals for Transparency (PHPMT), a group of more than 30 scientists, medical professionals, international public health professionals and journalists, including Yale School of Public Health epidemiologist Harvey Risch, and others from institutions such as Harvard, Brown and UCLA, filed a Freedom of Information Act (FOIA) request with the FDA to obtain the data.

The FOIA request asked for “all data and information for the Pfizer vaccine,” including safety and effectiveness data, adverse reaction reports and a list of active and inactive ingredients.

PHMPT requested expedited processing of its FOIA submission on the basis there is a “compelling need” for its swift release.

PHPMT said in its request:

“[d]uring a time when COVID-19 vaccine mandates are being implemented over the objection of those that have questions about the data and information supporting the safety and efficacy of the Pfizer Vaccine, and individuals with these questions are being expelled from employment, school, transportation, and the military, the public has an urgent and immediate need to have access to this data.”

Group sues FDA for failure to expedite release of documents

The FOIA request comes as part of a lawsuit filed by PHPMT against the FDA, after the agency declined the group’s request to expedite the release of the records in question.

The two were unable to reach an agreement on a disclosure schedule, and as a result, both sought a hearing before a federal judge.

PHPMT is being represented by Siri & Glimstad, a law firm which has also represented other groups opposed to vaccine mandates, including the Informed Consent Action Network (ICAN), which filed a FOIA request with the Centers for Disease Control (CDC) for documentation regarding individuals who have acquired natural immunity to COVID.

The Siri & Glimstad filed the lawsuit after a month had elapsed without an FDA response to PHPMT’s FOIA request.

The lawsuit requests the court “enter an order requiring the FDA to produce all documents and data submitted by Pfizer … 108 days from today,” pointing out this period “is the same amount of time it took the FDA to review the responsive documents for the far more intricate task of licensing Pfizer’s COVID-19 vaccine.”

According to the lawsuit:

“[t]o require less is to render FOIA meaningless, the FDA’s promise of transparency a lie, and to send a signal to every American that while the federal executive branch is shielding Pfizer from any liability for injuries from its product and requiring employers, schools, hospitals and the military to expel those that don’t receive this product, it is protecting the very documents Pfizer provided to our taxpayer-funded health agency to obtain licensure to be able to sell this product.”

The FDA argued that in order to comply with federal law, it must review the documents to redact “confidential business and trade secret information of Pfizer or BioNTech and personal privacy information of patients who participated in clinical trials,” according to a joint status report issued by U.S. Department of Justice (DOJ) lawyers.

FDA says ‘not required’ to release data in timely fashion

The FDA also denied it was required to release the data in a timely fashion, arguing that “FDA’s regulations do not require or suggest that FDA will release all publicly releasable data immediately after a biologics license application is approved.”

In reference to its approval of the Comirnaty vaccine after just 108 days, the FDA said “the review conducted by FDA scientists when considering to approve a product is entirely different from the review conducted by FDA government information specialists when considering whether FDA must keep certain information confidential.”

Notably, the FDA, upon approving the Comirnaty vaccine, promised “full transparency” due to “tremendous public interest.”

“The FDA understands there is tremendous public interest regarding vaccines for COVID-19,” the agency wrote in a November 2020 press release. “We remain committed to keeping the public informed about the evaluation of the data of a potential COVID-19 vaccine, so that once available, the public and the medical community can have trust and confidence in receiving the vaccine for our families and ourselves.”

According to the FDA, the agency’s branch responsible for reviewing FOIA requests has only 10 employees and is currently processing approximately 400 such requests.

The FDA argued PHPMT could hasten the process by limiting the scope of its request.

FDA promises of transparency a ‘pile of illusions’ lawyer says

In a study examining the processing of FOIA requests by the FDA and other federal public health agencies in the decade between 2008 and 2017, the FDA processed 114,938 such requests, fully or partially granting 72.4% of them.

According to the federal government’s FOIA request guidelines, there are two conditions upon which a FOIA request may be processed on an expedited basis. The first is “if the lack of expedited treatment could reasonably be expected to pose a threat to someone’s life or physical safety.”

The second condition is “if there is an urgency to inform the public about an actual or alleged federal government activity, if made by a person who is primarily engaged in disseminating information.”

These conditions raise several questions about PHPMT’s FOIA request. First, a current backlog of 400 FOIA requests appears to be mild compared to the number of requests, including complex requests, the FDA has previously processed, while it is also unclear how many pending requests are complex.

Aslo, while the FDA claimed its FOIA division is understaffed, the DOJ, which is representing the FDA in its court filings, boasts more than 500 such employees, begging the question as to why the DOJ can assist the FDA in its legal representation, but not in the processing of a complex FOIA request.

Questions also arise as to the criteria through which the FDA, in denying expedited review, deemed this FOIA request to not be connected to threats to people’s lives or physical safety, and to lack any “urgency to inform the public.”

Furthermore, according to the FDA, “complex requests” such as “510K, PMA, and De novo records” require “approximately 18-24 months to process,” a far cry from 55 years.

As noted by PHPMT’s lawyers: “[t]he ability of a majority of Americans to participate in civil society, and even exercise basic liberty rights, are now contingent on receiving this product,” referring to the Biden administration’s vaccine mandates.

In describing the FDA’s prior claims of transparency, attorney Aaron Siri of Siri & Glimstad, characterized them as “a pile of illusions.”