European Union to Vote This Week on Vaccination Travel Passport

The European Commission’s digital “Green Passport,” which would provide proof of vaccination and negative COVID test, would be used to exempt holders from quarantine and other restrictions. 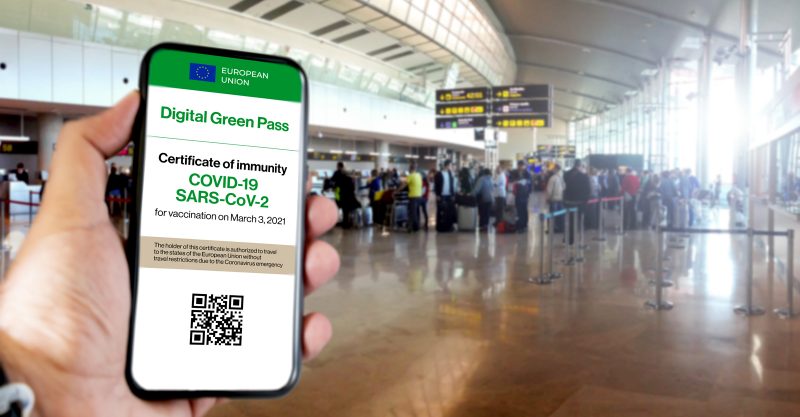 On March 17, the European Commission proposed a digital “Green Passport” to facilitate the safe free movement of citizens within the EU during the COVID-19 pandemic.

The “interoperable” certificates would provide evidence that a person has been vaccinated or has tested negative for COVID. The pass would include information on the brand of the vaccine, date and place of inoculation and the number of doses administered, as well as information from a lab or hospital confirming negative test results.

Holders of the certificate (a QR code on a phone app or on paper) would be exempt from quarantine and other restrictions. The document would be common to all EU citizens, but it will be up to member countries to decide on how to use it.

The commission is also working with the World Health Organization and the International Civil Aviation Organization to ensure that the Green Pass would be recognized internationally. In the meantime, the passport would allow bilateral deals between EU countries and non-member states, provided the commission approves these deals.

Countries have different reactions according to their needs and to their confidence rate in vaccination. Greece and Spain are eager to use the passport to reopen their tourist economies, while France has low uptake of the vaccine, with close to half the population hesitant.

Many also find that there is not enough data on the vaccines and that it’s too early to issue such a certificate. Plus, there is still uncertainty about whether the vaccine can actually stop the disease from spreading.

Several European countries are now reinstating lockdowns and restrictions fearing a third wave. Vaccination and the Green Pass are presented as the “only way out” of the pandemic. The Green Pass is being promoted as a temporary solution, but many believe it will remain in place long after the pandemic is over.

The European Parliament and member states are rushing to vote on the proposal this week. One can only marvel at how legislators can decide, without debate, on such an important issue that violates fundamental principles of the Treaty of the European Union and violates individual rights.

Depuydt and Kennedy urge others to contact European Parliament members on social media, by email or by phone to express their views on this critical matter.