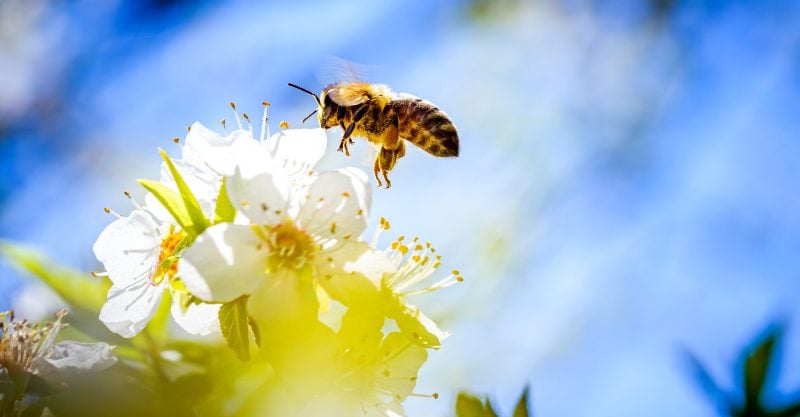 The EU’s top court ruled May 6 in favor of the European Commission’s partial ban on three pesticides hazardous to bees, much to the chagrin of Bayer — the German pharmaceutical and biotech company that merged with agrochemical giant Monsanto in 2018.

Bayer attempted to overturn the ban and undermine the EU’s “precautionary principle” for the protection of environmental and human health, but the European Court of Justice dismissed the corporation’s appeal and backed a lower court’s 2018 decision to uphold restrictions on the use of some pesticides on certain crops. In 2013, the Commission banned the use of imidacloprid, clothianidin, and thiamethoxam—three bee-killing neonicotinoid pesticides — on maize, rapeseed and some cereals.

“The Court of Justice has reaffirmed that protecting nature and people’s health takes precedence over the narrow economic interests of powerful multinationals and that the precautionary principle is a cornerstone of EU law,” Greenpeace EU legal strategist Andrea Carta said in response to the top court’s ratification of the ban.

“This means the EU has a responsibility and the power to ensure the safety of all pesticides, chemicals, GM crops and other dangerous products and substances,” said Carta.

But more is needed to #SaveTheBees – governments can grant exemptions to the ban, and other dangerous pesticides are still in usehttps://t.co/upPwIsOjiR

While hailing the “landmark decision,” Greenpeace EU warned that it “does not mean an end to threats to bees and other pollinators in the EU.”

“EU courts have again ruled that bees and other essential insects should be protected from dangerous pesticides, but governments continue to dish out exemptions and hold up attempts to put in place effective safety testing,” said Carta. “This ruling shows they must adopt rigorous testing rules without further delay.”

According to Reuters, 206 emergency authorizations were granted for the use of the neonicotinoids in the EU between 2013 and 2019, and the ban did not prevent the use of the toxic substances on other crops, such as sugar beet. “EU auditors last year said this pesticide use, while legal, was thought to be responsible for honeybee losses,” the news outlet reported.

In addition, Greenpeace EU pointed out, “Research also indicates that several other pesticides currently used in the EU are a threat to bees and other pollinating insects, including four more neonicotinoids not covered by the 2013 ban.”

Reuters noted that the commission, in an effort to protect bees, has proposed targets to reduce the EU’s use of pesticides by 50% and to cut fertilizer use by 20% by 2030.