An Open Letter to Rachel Maddow: ‘Are You Free to Speak the Truth?’

In an open letter to Rachel Maddow, Diane Perlman, Ph.D., challenges Maddow to correct statements the talk show host made on her show about ivermectin, especially as it relates to treating COVID-19. 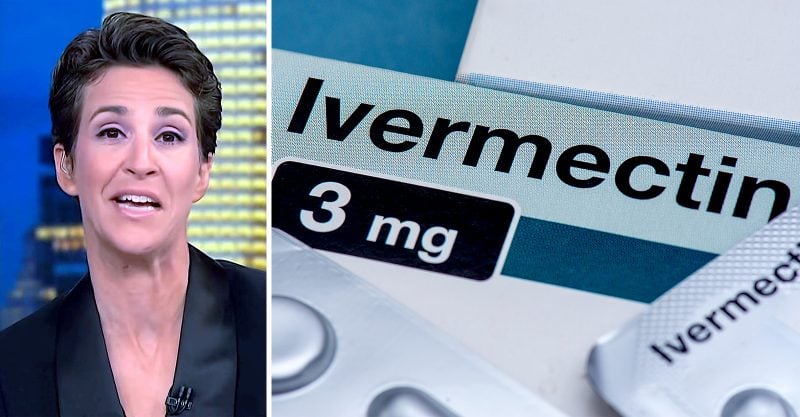 Diane Perlman, Ph.D., has some questions for MSNBC’s Rachel Maddow — and she’s challenging the popular talk show host to respond.

In an open letter to Maddow, Perlman, a psychologist whose focus includes psychological manipulation of fear, challenges Maddow to correct statements the talk show host made on her show about ivermectin, especially as it relates to treating COVID-19.

In late August, Maddow devoted two segments of her show to the topic of ivermectin as a treatment for COVID-19, in which she referred to the medication as “horse dewormer” and criticized people for taking it.

“People won’t take the vaccine because they’re super suspicious of that. But they’re taking horse deworming medication that they’re buying at a feed store? For COVID?”

Maddow also made similar claims in an Aug. 27 segment of “The Rachel Maddow Show.”

In her letter to Maddow, Perlman outlines in detail the evidence supporting ivermectin as an effective treatment for COVID.

Perlman then challenges Maddow to respond to these questions:

“Am I right in my debate with my friends in believing that you would be willing to revise your reporting based on investigation of suppressed facts and independent science?

“Are you free to speak the truth or are you beholden to your Big Pharma sponsors to promote falsehoods for their profit?

“Might you evolve your rhetoric and help soften the intolerable disparagement and help us transcend the hostile right/left split? Might you create a space for amicable dialogue and enlightenment?”

In the introduction to her letter, Perlman calls on readers to help her “respectfully engage Rachel Maddow and others in dialogue and to inspire accurate, science-based reporting on Ivermectin in the hopes of raising consciousness, reducing suffering and saving lives.”