As COVID Vaccine Injuries Pile Up, It’s Worth Remembering: Medicine Is a Leading Cause of Death in the U.S.

Does the skyrocketing all-cause mortality observed since 2021 have anything to do with the U.S. Food and Drug Administration’s enabling of deadly COVID-19 vaccines? 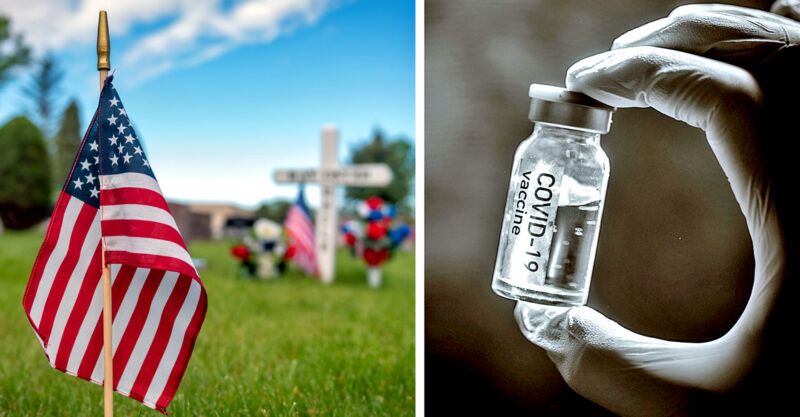 In his 1974 book and accompanying article with the shared title of “Medical Nemesis,” philosopher and theologian Ivan Illich boldly asserted that medical professional practice and related health policies, which he characterized as “both industry and religion,” had become “a major threat to health.”

Already by 1999, the Institute of Medicine had flagged medical error as being in “the top ranks of urgent, widespread public problems.”

The United States leads the world in per capita pharmaceutical spending, which may explain why the worldwide ranking of iatrogenesis as a cause of death, while still alarming, is slightly lower — fifth, rather than third.

In her landmark paper in the Journal of the American Medical Association, Starfield estimated around 225,000 American deaths annually — or possibly as many as 284,000 — from causes such as unnecessary surgery, contraindicated care, medication errors and drug adverse effects.

Writer Jon Rappoport — who interviewed Starfield in 2009, and regularly reminds readers about her “stunning” findings on medically caused death in America — observed in 2015, that while there was “every reason for [Starfield’s paper] to cause a firestorm in the press, and in the halls of government … that’s not what happened.”

That year, two more Johns-Hopkins-based authors, Dr. Martin Makary and Michael Daniel, briefly revived the topic in The BMJ (formerly the British Medical Journal), again citing “lethal events” resulting from medical error as “the third biggest cause of death in the US,” and appraising their figure of roughly 251,000 annual deaths — nearly 1 in 10 overall deaths — as a conservative underestimate.

A less noticed 2013 article in the Journal of Patient Safety judged the practice of medicine to be causing on the order of 440,000 American deaths each year, with those authors calling for an end to the “Wall of Silence” surrounding such unfortunate occurrences.

Makary, who is not shy about pronouncing 20% of all medical procedures unnecessary, told The Washington Post in 2016, “It boils down to people dying from the care that they receive rather than the disease for which they are seeking care.”

Both Starfield and Makary also strenuously objected to victim-blaming, explaining, “It’s the system more than the individuals that is to blame.”

Although the BMJ article forced WaPo and other mainstream media outlets to briefly pronounce death by medicine a “hot topic,” the problem was quickly “disappeared” from view again, with Makary, a couple of years later, lamenting the lack of any meaningful health system correctives.

Everyone who has tried to estimate the harms caused by modern medicine has called attention to the difficulty of truly getting a handle on the phenomenon due to underreporting and limitations of existing datasets, which likely reveal only the “tip of [the] iceberg.”

The first limitation is that most data used to calculate medicine as a leading cause of death come from hospitalized patients.

However, according to another 2000 study cited by Starfield, drug-related adverse effects are also high in outpatient settings, affecting somewhere between 4% and 18% of such patients.

A second and related data shortcoming is that the focus on mortality tends to obscure non-fatal outcomes such as disability and, using Starfield’s word, “discomfort.”

In the late 1990s, researchers reported that medicine gone awry was leading to millions of additional physician visits, prescriptions, emergency department visits, hospitalizations and long-term admissions as well as billions in extra costs.

By 2018, a medical expert estimated the number of “severe patient injuries resulting from medical error” to be “40 times the death rate.”

A third problem is that when the Centers for Disease Control and Prevention (CDC) compiles its annual list of the most common causes of death, it does so using death certificate data and the International Classification of Disease (ICD) codes listed on the death certificates.

But as Starfield concluded, “How cause of death and outpatient diagnoses are coded does not facilitate an understanding of the extent to which iatrogenic causes of ill health are operative.”

Makary noted that the CDC does not require reporting of fatal medical errors, meaning that “causes of death not associated with an ICD code, such as human and system factors, are not captured.”

Those factors, Makary said, encompass “inadequately skilled staff, error in judgment or care, a system defect or a preventable adverse effect,” and problems such as “computer breakdowns, mix-ups with the doses or types of medications … and surgical complications that go undiagnosed.”

As one example, a family whose young child died after being given an overdose of sodium chloride solution learned that many states have “absolutely no requirements, or proof of competency” for the pharmacy technicians who compound hospital IV medications.

A fourth challenge involves difficulties of definition and classification. For example, are medical mistakes errors of omission, execution or planning?

What about adverse drug reactions that are dose-dependent? Are reactions predictable (that is, based on known facts about toxicity, side effects and drug interactions) or unpredictable (e.g., arising from factors such as allergy, intolerance or “idiosyncrasy”)?

In addition to drug mess-ups (such as incorrect administration, poisoning or therapeutic failure), iatrogenic effects can ensue through other avenues — from diagnostic procedures (both mechanical and radiological), surgery and other invasive procedures, hospitalization, unsafe injection practices, unsafe blood transfusions or the “treating doctor himself/herself.”

For example, studies highlight significant risks from screening colonoscopy — including perforation, infection and hemorrhage — with perhaps as many as 4% of recipients experiencing complications serious enough to send them to the hospital within a month of the procedure.

Makary noted the taboo nature of iatrogenesis, stating “We all know how common [medical error] is” and “We also know how infrequently it’s openly discussed.”

The CDC, meanwhile, is frank about the fact that ranking causes of death “is, to some extent, an arbitrary procedure” that flows from its in-house decisions about which causes are “eligible to be ranked.”

It also admits its rankings “do not necessarily denote the causes of death of greatest public health importance.”

With the advent of COVID-19-related medical measures and health policies, there is an urgent need to shatter the taboo and shine more of a spotlight on the public-health-important medical killing machine.

For example, did the dramatic two-year decline in life expectancy reported for 2020, and the three-year decline in the last-place state of New York — vaguely blamed on the “pandemic” and drug overdoses — have something to do with the imposition of perverse, government-incentivized COVID-19 treatment protocols emphasizing frequently fatal drugs like remdesivir?

Does the skyrocketing all-cause mortality observed since 2021 have anything to do with the U.S. Food and Drug Administration’s enabling of deadly COVID-19 vaccines, in all likelihood fraudulently authorized?

With what is known and what we continue to learn about COVID-19 vaccine dangers, the CDC’s current disease rankings —  which list heart disease, cancer, COVID-19, accidents and stroke as the five leading causes of death — demand close scrutiny.

Although multiple risk factors are certainly at play for the five causes of death, the COVID-19 jabs are indubitably adding to the death and disability rolls in those areas, with:

Research has linked kidney disorders, also on the CDC’s list of “top 10” causes of death, to both remdesivir and the COVID-19 shots.

In two Zogby polls commissioned by Children’s Health Defense, 15%-22% of respondents who had received a COVID-19 vaccine reported being diagnosed with a new medical condition “within a matter of weeks to several months.”

From 26%-30% reported knowing someone else who also had received a medical diagnosis after taking a COVID-19 vaccine.

At this juncture, with damage from the killing protocols and fraudulent jabs on growing display, it is no longer possible to hide iatrogenesis behind the innocent-sounding term “medical error,” for it is increasingly clear that we are also talking about intentional harm and even genocide.

For Illich, the remedy for this “sinister” and “health-denying” medical civilization involved returning to simpler interventions designed for self-use — interventions demonstrated to “do more good than harm” — and reducing professional intervention “to the minimum.”

The alternative, in his view, was to continue to acquiesce — with potentially fatal or disabling results — to a “planned and engineered Hell.”