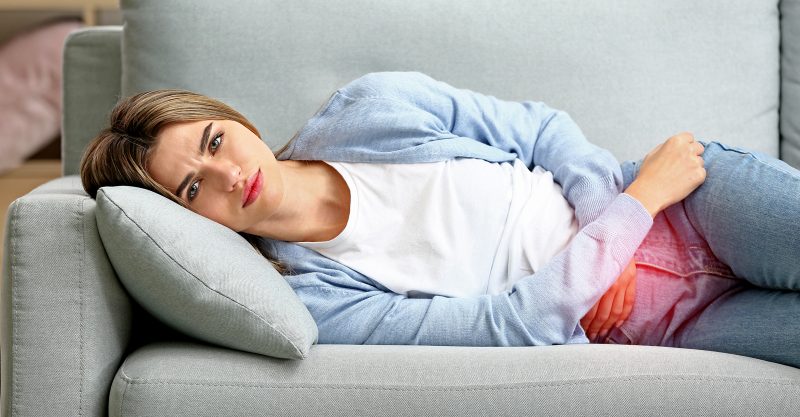 Researchers are calling for clinical trials to track and document menstrual changes in vaccinated women after some women reported changes to their menstrual cycles after receiving a COVID vaccine.

“In terms of why women would have a heavier cycle, I think clearly we don’t know the answer to that,” Dr. Heather Huddleston, a reproductive endocrinologist at University of California, San Francisco, told ABC7News.

A researcher at the University of Illinois described her own experience on Twitter and asked if others experienced menstrual changes after vaccination. The response was robust, so she and her colleague at Washington University in St. Louis turned it into a formal survey.

A colleague told me she has heard from others that their periods were heavy post-vax. I’m curious whether other menstruators have noticed changes too? I’m a week and a half out from dose 1 of Moderna, got my period maybe a day or so early, and am gushing like I’m in my 20s again.

So far, there’s no data linking COVID vaccines to changes in menstruation. But two Yale University experts wrote in The New York Times last week there could be a connection.

“Every month the lining of the uterus thickens, driven by a steady increase in estrogen, so that a fertilized egg can implant. If there is no conception, levels of progesterone plummet, causing most of the uterine layer to slough off, causing the bleeding,” Lu-Culligan and Epstein explained.

But periods also involve the immune system, as “the thickening and thinning of the uterine lining are facilitated by different teams of immune cells and signals moving in and out of the reproductive tract.”

Vaccines are designed to ignite an immune response, and the female cycle is supported by the immune system, so it’s possible vaccines could temporarily change the normal course of events, Lu-Culligan and Epstein said.

“For example, an activated immune system might interfere with the usual balance of immune cells and molecules in the uterus,” they explained in the op-ed. “These types of disturbances have been found in studies to contribute to changes in periods, including heavy menstrual flows.”

Forbes health contributor Alice G. Walton agrees. She said a connection between the vaccine and menstrual irregularities is plausible given the interplay between the menstrual cycle and the immune system — the building up and shedding of the uterine lining are processes that each rely on immune function.

When the body mounts an immune response, either to an illness or to a vaccine, it can extend to the uterus and affect immune cells that help control menstruation. A number of doctors have explained how this might work, including fertility specialist Dr. Natalie Crawford.

“We know that the COVID vaccine causes an immune response to make antibodies very similarly to how a COVID infection would in your body, and there is actually a study talking about COVID infection and what it does to your period,” Crawford said.

A study in the Reproductive BioMedicine Journal, “Analysis of Sex Hormones and Menstruation in COVID-19 Women of Child-bearing Age,” retrospectively looked at women in China who had acquired COVID naturally and the affect of the infection on sex hormones, ovarian reserve and period.

“If a quarter of women who get COVID are experiencing menstrual cycle changes, it is most likely from a cellular immunity response,” said Crawford. She said it would not be surprising if women experienced this from the vaccine as well, as it causes a similar immune response.

To find out whether the COVID vaccine truly disrupts the menstrual cycle, experts say there would need to be a controlled study with a placebo group. Currently, clinical trials omit tracking menstrual cycles, so there’s no evidence to put the women’s reports in context.

“Menstruation is something we don’t know enough about,” said Dr. Hugh Taylor, chair of the department of obstetrics, gynecology and reproductive sciences at Yale School of Medicine. “It’s an important indicator of a person’s health, like any other bodily function.”

If so many factors can affect periods, and periods are such an important indicator of health, why don’t we know more about how vaccines affect menstruation?

It’s part of a long history of medicine not taking women’s bodies seriously, Lu-Culligan and Epstein said. They explained that it wasn’t until 1993 that a federal law mandated the inclusion of women in government-funded research, which may account for why so little is known about how new drugs and treatments affect women’s health.

Rather than treat menstrual cycles as unimportant or too complicated, researchers should view tracking periods in future studies as a potential opportunity, they said. Clinical trials should track and document menstrual changes as they do other possible side effects.

For now, scientists are still in the dark about so much of female health, Lu-Culligan and Epstein said. But a conversation has begun, thanks to women speaking out.