A New York Supreme Court judge late last week ruled that New York City police officers who are members of the Police Benevolent Association — and who were fired for not complying with the city’s COVID-19 vaccine mandate for municipal workers — must be given back their jobs. 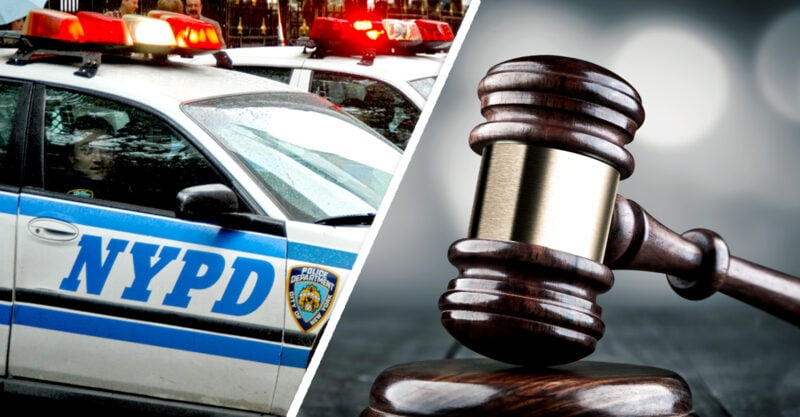 New York police officers have scored a big win in their fight against the city’s COVID-19 vaccine mandate that cost some their jobs, with a New York Supreme Court judge ruling that the mandate — as it applies to members of the Police Benevolent Association (PBA) — is “invalid” and that fired cops must be given back their jobs.

Judge Lyle Frank said in the Sept. 23 ruling that PBA members who lost their jobs for refusing the jab must be “reinstated to the status they were as of the date of the wrongful action.”

While it’s unclear how many PBA members lost their jobs due to the mandate, a City Hall spokesperson told CBS News that more than 1,750 city employees have been fired for refusing to get the shot.

Frank said in the ruling that a key reason why the mandate was illegal is because the city didn’t collectively bargain with the PBA, which represents some 24,000 members of the New York Police Department.

While there were “a multitude of cases” where courts have ruled against challenges to vaccines being a condition of employment, in those instances, the city and the respective union “collectively bargained to include the vaccination mandate as a new condition of employment,” the judge said, adding that that was “not the case here.”

PBA President Patrick Lynch hailed the decision in a statement, calling the ruling a victory for the freedom of members to make their own medical decisions.

“This decision confirms what we have said from the start: the vaccine mandate was an improper infringement on our members’ right to make personal medical decisions in consultation with their own health care professionals,” Lynch said.

“We will continue to fight to protect those rights,” he added, saying that the PBA’s fight against the mandate isn’t finished, as city authorities filed an immediate notice of appeal, effectively putting the judge’s decision on ice.

“It is at odds with every other court decision upholding the mandate as a condition of employment,” a spokesperson for the New York City Law Department told CBS News.

“It was only a matter of time before a common sense Judge concluded that the COVID-19 vaccination mandate was never a condition of employment,” the two union heads wrote.

The union chiefs added that they will ask Acting Fire Commissioner Laura Kavanagh to reinstate FDNY members who were fired or placed on unpaid leave for refusing the jab and for the members to receive back pay.

It wasn’t immediately clear how soon the city’s appeal would be heard, with enforcement of the Manhattan Supreme Court’s decision remaining frozen for now.

Tom Ozimek is a reporter for The Epoch Times and has a broad background in journalism, deposit insurance, marketing and communications and adult education.